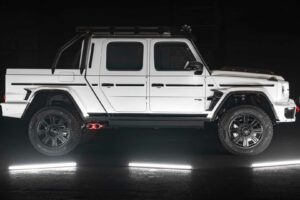 For whatever reason, Mercedes-AMG has yet to give the current-generation G63 the pickup treatment. Brabus has fully taken advantage of the gap in Affalterbach’s lineup by converting the opulent SUV into an eccentric truck with portal axles and all the ground clearance you could ever need – 19.2 inches or 49 centimeters.

The new 800 Adventure XLP Superwhite follows the Superblack behemoth unveiled at the beginning of the year. The polarizing G63 truck stands tall on massive 22-inch wheels, which although not ideal for going off the beaten path, at least they’re wrapped in all-terrain tires. Despite its chunky rubber, the wild creation from Brabus still hits 62 mph (100 km/h) in a mere 4.8 seconds. For reasons easy to understand, the engineers electronically capped the top speed at 130 mph (210 km/h). 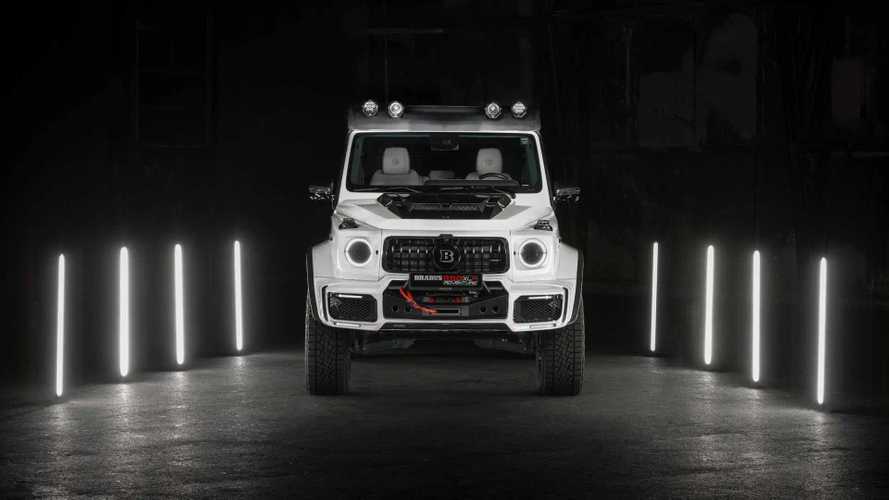 Although the Bottrop-based tuner has crammed a V12 inside the SUV’s engine bay already, the Superwhite sticks with the V8. However, it’s not the standard version of the twin-turbo 4.0-liter mill since it has been massaged to deliver a whopping 788 horsepower and 737 pound-feet (1,000 Newton-meters) of torque.

At a stately 5.31 meters (209 inches) long, the 800 Adventure XLP Superwhite is about half a meter (nearly 20 inches) longer than the SUV upon which it’s based. Needless to say, the significant stretch was necessary to accommodate a cargo bed with a special white floor made out of sheet steel. Accessing the rear storage compartment is done by using the side-opening tailgate made from the same material. In addition, Brabus has fitted custom bedsides made in-house with carbon fiber.

Speaking of which, those chunky wheel arch extensions are made from carbon fiber, which has been used throughout the entire car, including for the fake hood scoops. In addition, the side mirror caps as well as the front spoiler incorporating extra lights on the roof is made from the same lightweight material.

After jacking up the ride height, Brabus realized it needed to fit electrically operated running boards to make it easier to climb inside the predominantly white interior. There’s leather just about everywhere you look, including on the floor and on the headliner where it’s flanked by Alcantara. As with the exterior, the lavish cabin has been spruced up with an assortment of carbon tweaks to create an over-the-top atmosphere.

Quelle surprise, the Brabus 800 Adventure XLP Superwhite carries an extravagant price tag. It costs €631,067 ($695,000) including the vehicle, but that’s before options…