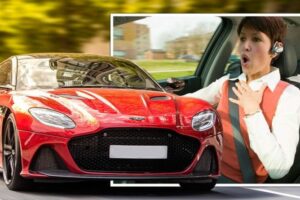 The campaigners have called for a brand new “Luxury Polluter” tax to be introduced in a bid to encourage those who can afford expensive vehicles to switch to electric cars. They said the upfront cost for electric vehicles was one of the “few remaining obstacles” to mass adoption.

However, they warned “this is not an issue” for owners of luxury and expensive vehicles.

The proposed tax would “discourage the largest and most polluting vehicles” from the road.

They said it would also target those who the “cost of using a cleaner alternative is not a burden”.

The campaigners have set an initial tax threshold at £40,000.

They said: “We the undersigned would like the government to introduce an additional annual tax on new luxury vehicles costing over £40,000 whose rated CO2 output exceeds 150g/km.

“One of the few remaining obstacles towards the decarbonisation of our transport network is the affordability of greener vehicles.

“However for buyers of luxury vehicles costing over £40,000 this is not an issue as there are a great many low-emissions vehicles able to fit a variety of needs.

“The goal of the proposed tax is specifically to discourage only the absolute largest, and most polluting vehicles and only among those for whom the cost of using a cleaner alternative is not a burden.”

A Vehicle Excise Duty (VED) surcharge on models costing more than £40,000 already exists but the new charge would be a seperate fee.

The charge is payable from five years from the second year of registration before reverting to the standard rate from year six.

Instead, any new rates will be based purely on vehicle emissions and the campaigners have not stated whether there would be an end date on the fee.