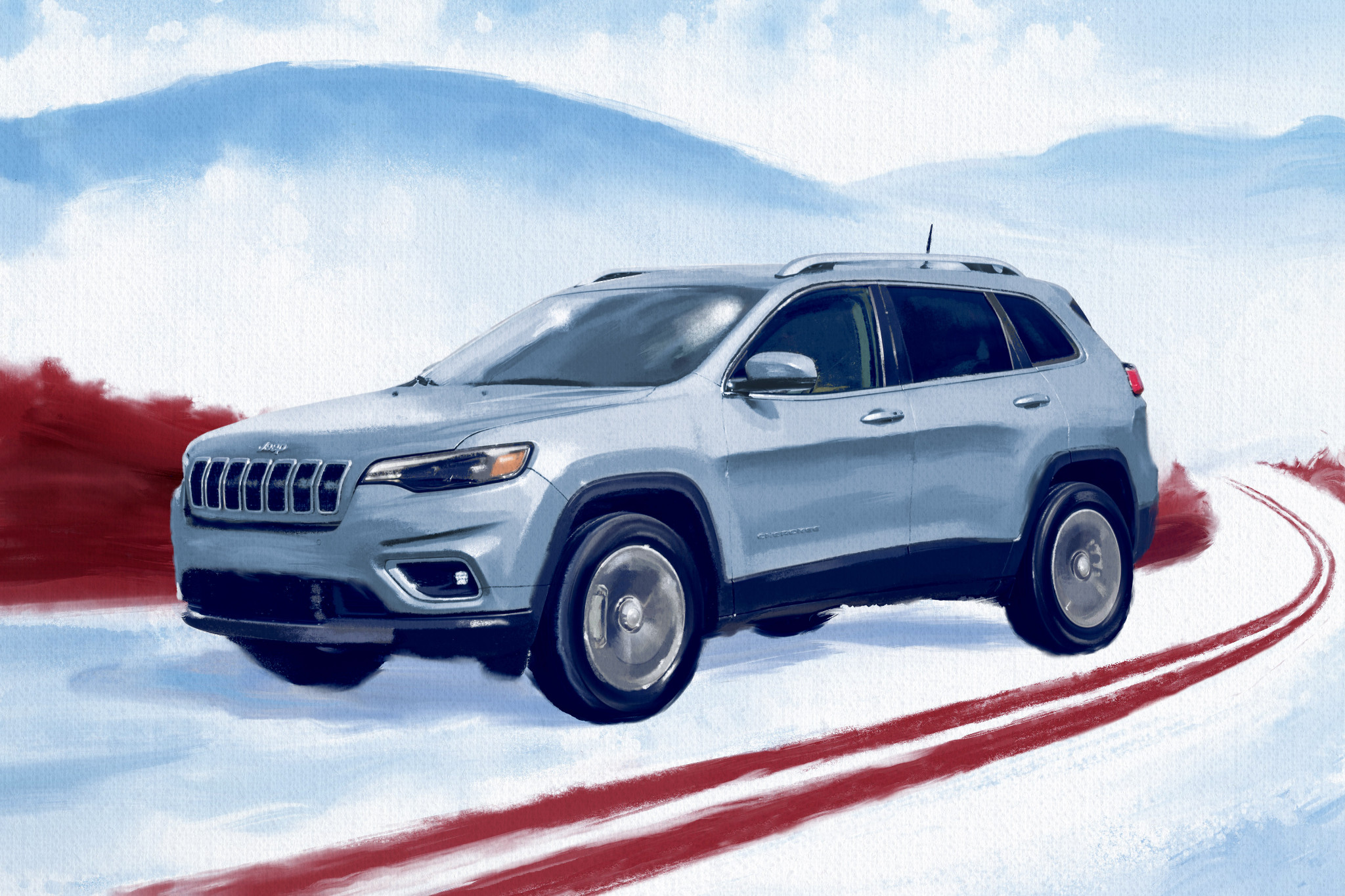 Amid trade tensions and tariff threats, the spotlight shines on the origins of consumer products large and small, and the most scrutinized are no farther than your driveway. A recent Cars.com survey shows a clear majority of Americans want to purchase a car that contributes substantially to the U.S. economy, but gauging such contributions is no small task. Cars.com has tried to do so since 2006 with the American-Made Index, an annual study that looks at various factors to determine just how homegrown a given car might be.

We’ve long wondered if the trade landscape would alter the AMI, but what might be surprising about the 2019 index is how little things have changed. Tensions have reached fever pitch as new duties aim at specific countries or materials, yet the number of models automakers build in the U.S. — and the percentage of cars Americans buy that are domestically built — remain similar today to what they were a year ago. So, too, do the top vehicles on the AMI. Six of the top 10 from the 2018 ranking return for 2019, including the top three in the same order: 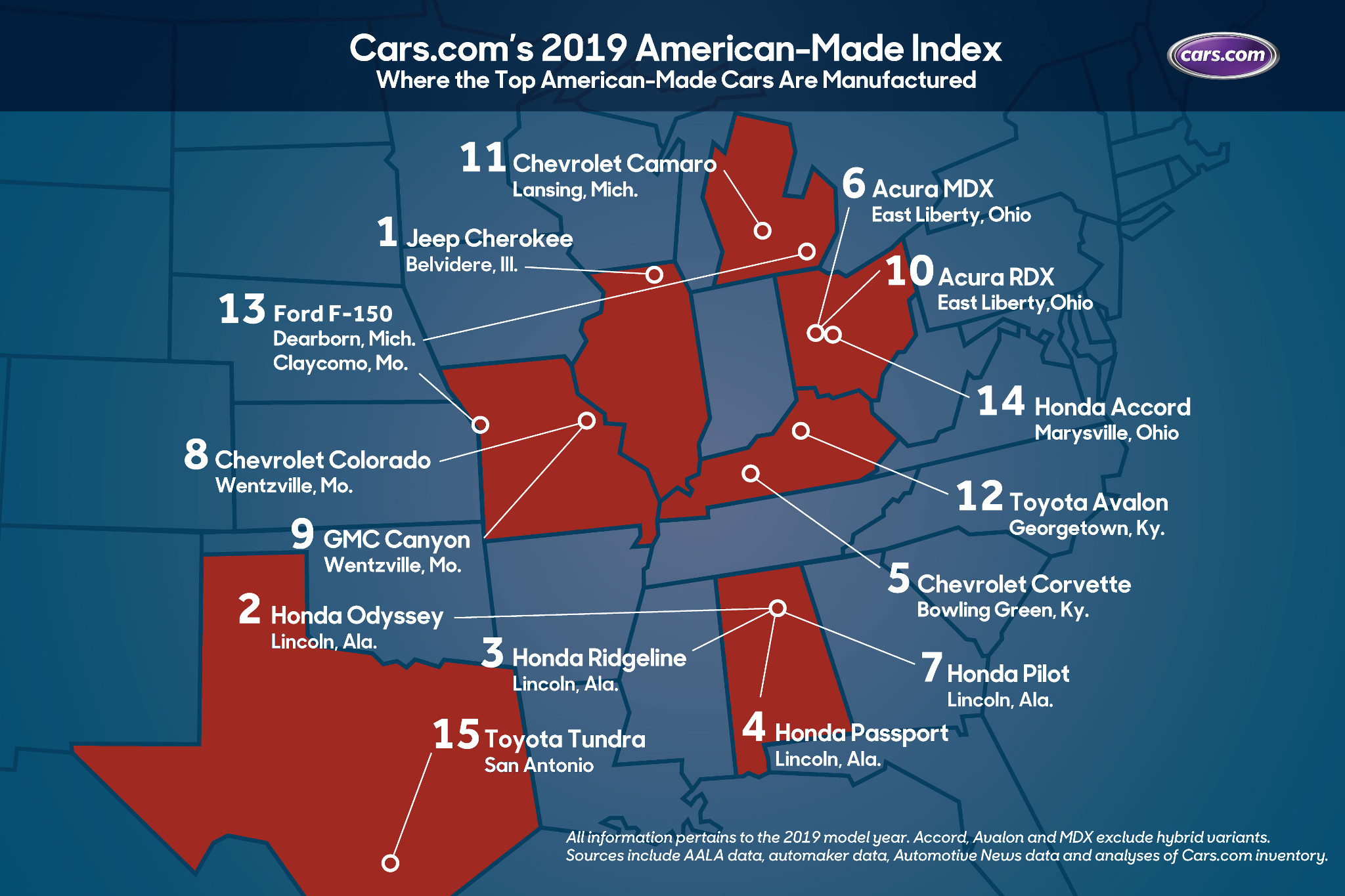 2. Honda Odyssey
Assembled in Lincoln, Ala.

3. Honda Ridgeline
Assembled in Lincoln, Ala.

4. Honda Passport
Assembled in Lincoln, Ala.

7. Honda Pilot
Assembled in Lincoln, Ala.

14. Honda Accord
Assembled in Marysville, Ohio

The Jeep Cherokee, a small SUV from Fiat Chrysler Automobiles, tops the American-Made Index for 2019. Built with U.S.-sourced engines and transmissions in Belvidere, Ill., the Cherokee is the index’s top vehicle for the second year in a row. It also gives FCA the top slot for three years running, as the Jeep Wrangler topped the index in 2017.

Behind the Cherokee are three Honda models: the Odyssey minivan and Ridgeline pickup truck, which return for 2019, and the all-new Passport SUV, essentially a two-row offshoot of the No. 7 Honda Pilot, which has three rows of seats. The Chevrolet Corvette sports car, which ranked No. 10 last year, is up to No. 5 thanks to slightly higher domestic content, while the No. 6 Acura MDX moves up one spot from a year ago. The No. 7 Pilot follows, and a pair of GM mid-size trucks — the Chevrolet Colorado and its GMC Canyon sibling — are AMI newcomers thanks to a bump in domestic content for the 2019 model year. Finally, the redesigned Acura RDX rounds out the top 10 with high domestic content and U.S.-sourced engines and transmissions.

Four vehicles from the 2018 index dropped off the top 10 for 2019. Ford’s Explorer SUV and F-150 pickup fell due to lower domestic content, while the Ford Taurus sedan and Chevrolet Volt plug-in hatchback were disqualified due to discontinuation. (Although both were produced briefly in 2019, discontinuation without a clear U.S.-built successor earns a longstanding AMI disqualification.)

FCA extended its top-ranking position for 2019, while Honda expanded its placement among the top 10. In the 2017 and 2018 indexes, four cars each came from Honda and its Acura luxury division, but six nameplates landed among the top 10 for 2019. A seventh car, the Honda Accord sedan, ranks 14th. This is the first year the AMI has published the top 15 models instead of 10; among the group, GM has four cars, Toyota has two and Ford and FCA have one apiece.

Similarities Despite the Change

Why has so little changed? There are two main reasons. One is that, despite the enactment of tariffs on the importation of steel, aluminum and many auto parts from China — including a couple of vehicles — U.S. policy regarding its neighboring trade partners has not officially changed yet. The three countries signed the namesake U.S.–Mexico–Canada Agreement in November 2018 as a potential replacement for the long-standing North American Free Trade Agreement. Among the USMCA’s provisions is one for higher-wage labor that could move some production to the U.S., as well as higher minimums of North American content for cars to be tariff free. All of that has started to influence the Cars.com American-Made Index; at least one automaker, Ford, has pointed to the USMCA as a factor behind recent factory hirings. Those hirings influenced its employment score in this year’s AMI. But the agreement has not yet been ratified by all parties as of this writing, and most automakers represented in the top 15 have not yet indicated specific actions that would influence current AMI standings. As of this writing, NAFTA remains the law of the land.

The second reason is that even if the USMCA had taken effect as long as a year ago, or if automakers had anticipated its adoption and had begun planning, we might not be seeing its influence in the AMI now due to the complexity of automobile manufacturing. Cars are not widgets; a single vehicle has tens of thousands of parts from third-party suppliers across the globe. Supply chains often spider away from a given model’s final-assembly plant, and to move those chains is no small task — much less move final assembly of the vehicle or its major components to a new plant. It can take years to plan, negotiate and implement.

That’s largely why the landscape of U.S.-built cars has changed only slightly, despite current trade tensions. A mounting list of sedans and hatchbacks have bit the dust, but you can chalk that up to consumers’ shift toward SUVs, which began before current trade pressures. At least one car planned for importation from China — a country the Trump administration has slapped with higher tariffs — has had such plans canceled.

Yet despite all of that, the percentage of passenger vehicles sold in America that are also built here has hovered at slightly more than 50 percent for the past few years, according to the Michigan-based Center for Automotive Research. And the number of nameplates assembled in the U.S. has held roughly steady from the 2018 to the 2019 model years.

Under the AMI Hood

Last redesigned in 2017, the American-Made Index considers five key factors for each model:

Fourteen automakers build 118 ongoing cars for the 2019 model year, excluding those discontinued without a U.S.-built replacement as of this writing. That’s similar to the snapshot a year ago, and it forms a starting point for AMI consideration.

The index does not count nameplates with fewer than 2,500 sales in the first quarter of the respective year, as consumers are unlikely to find such vehicles at dealer lots. The index also excludes fleet-only cars and nameplates assembled exclusively abroad. Finally, the index excludes heavy-duty vehicles — those with a gross vehicle weight rating of 8,500 pounds or more — as they’re exempt from the American Automobile Labeling Act and thus lack published parts-content data.

Such data are expressed as the percentage of U.S. and Canadian parts content for a given nameplate, as well as its final-assembly locations and primary countries of origin for its engines and transmissions. Since the mid-1990s, automakers have been required to report AALA data and publish it on or near the window sticker for every new passenger vehicle sold.

Unfortunately, the AALA lumps Canada and the U.S. in the same content pool. That’s a major shortcoming of the law, but it remains the only published rating of automotive content across the U.S. market. Because of the ambiguity, the AMI also considers the origins of a vehicle’s available engines and transmissions — two critical components in any car — to reinforce U.S. over Canadian origins.

Hybrid versions and any variants with substantial differentiation, like the redesigned Ram 1500 versus the prior-generation Ram 1500 Classic, are counted as separate models. Candidates with any imported sales volume — those that split production between the U.S. and abroad — have proportionately lower scores, as determined by an analysis of Cars.com inventory. As a final cutoff, the American-Made Index sets a minimum threshold for AALA parts content that concentrates on the top 40 percent of models that meet our other criteria. Due to changes in the market, this can equal a different AALA percentage from one year to the next. For the 2019 American-Made Index, that cutoff is 55 percent.