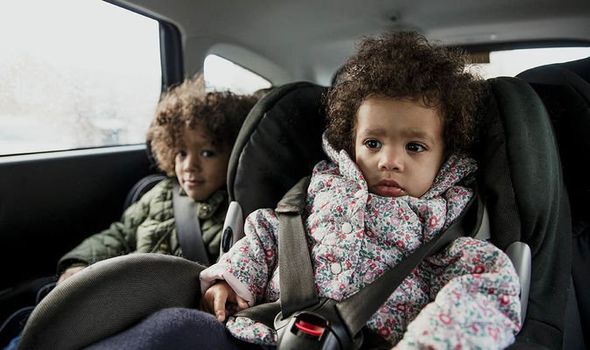 New research has found that up to a third of British parents are taking a risk with child car seats. The study carried out by OnePoll for SEAT found that one-third of parents have broken the law when transporting someone else’s son or daughter without a child seat. One in 10 parents has had four children across a single row of seats and one in five has let their kid sit on a cushion rather than a booster seat. In addition to this 33 per cent of parents have transported someone else child without a proper child seat.

Under the current law, children aged up to 12 years old or 135cm tall are, with a few exceptions, legally obliged to use a child seat when travelling in a car.

Drivers currently face a fine of up to £500 and three penalty points for using the wrong restraint. Parents are being warned that these types of risks have serious consequences.

In a 30mph collision, the injury sustained by a child weighing 8kg who gets thrown from a seat is similar to falling from a three-story height, reveals the study.

A staggering 10,000 children aged 15 or under were injured and 20 killed while travelling in a car in 2017, according to the Department for Transport.

One-third of parents polled admitted using a car seat designed for an older child, while 20 per cent have used an incorrectly installed child seat.

Parents, however, claim that there needs to be more done by the Government to raise awareness for the car seat regulations.

Javier Luzon, from the SEAT vehicle safety development department, said: “According to research from Spain’s Traffic Department, the difference between correct and incorrect child seat use can reduce the risk of casualty by 75 per cent and injuries by 90 per cent.

“The survey by OnePoll revealed 40 per cent of parents are worried they have not fitted a child seat correctly. All they need to do is follow some basic rules. 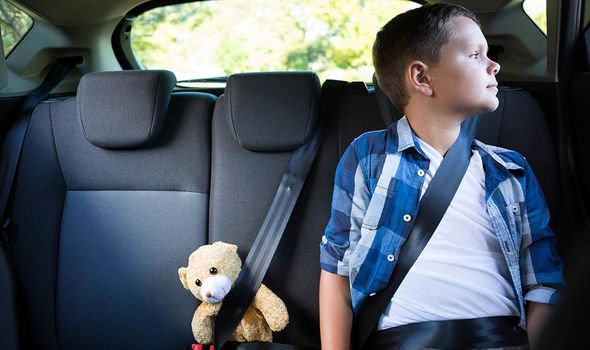 “It is crucial to use the seat which is certified for the child’s height and weight, as the design of each one meets the specific requirements to protect children’s bodies.

“Children should always travel in the rear seats. This is by far the safest place to travel.

“It is also important children face the rear for as long as possible. In the event of a frontal impact, a baby’s neck cannot support the weight of its head when propelled forward.

“Make no exception during short trips. For trips lasting only a few minutes, many children are placed in seats while still wearing a coat or even a backpack, which are major obstacles for the correct operation of the safety harness.

“Even though the trip is a short distance, you should never forget safety is a priority from the moment you set out.”

SEAT’s 10 golden rules for transporting children in your car:

1. Use a certified child seat according to height and weight

2. Always use the rear seats rather than the front

4. Tighten the straps on the harness

5. Ensure the seat faces the rear for as long as possible

6. Make no exceptions during short trips

7. No outerwear of backpacks

8. Place all equipment in the boot

10. In the event of an accident, remove the child from the car in their seat