Land Rover’s first production run began at the end of the 1940s with chassis 860001 being the first official example of the model available to the public. This precise example was originally destined for King George VI but was instead retained by the factory until 1950 when it was assigned the registration JUE 477 and sold to a private buyer.

The car was then discovered decades later rotting in a field with exposure to the elements leaving the car in less than ideal condition.

Eventually its future was secured and Julian Shoolheifer Limited embarked on an extensive restoration project which has been fully revealed in a new book charting the progress.

From the outset, experts and the car’s new owner Sir Jim Ratcliffe both decided that the model would be restored while retaining as much authenticity and as many original parts as possible.

After getting the model into the workshop, the first step was to watch and wait as the vehicle dried out over several days before thorough investigations could begin. 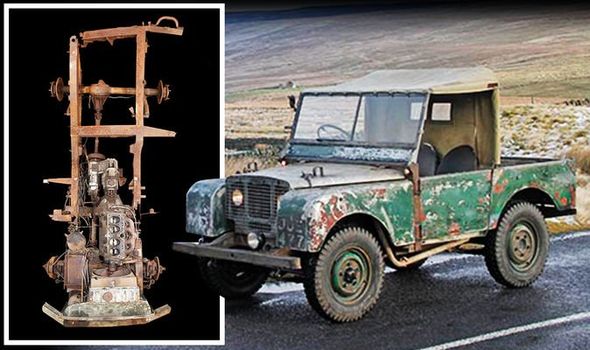 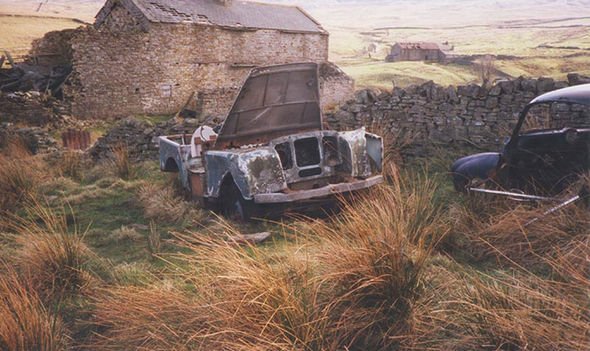 Despite some obvious visual damage, experts found that the main structure and mechanics were not only still original, but also serviceable and ready for a new lease of life.

The chassis was in a very poor condition yet surprisingly complete and Julian Shoolheifer and assistant restorer, Richard Spikins spent almost every day for four months faithfully reconstructing the original backbone.

Speaking to Express.co.uk, Mr Shoolheifer said: “A lot of restorations these days just swap new parts for old but we wanted to save everything we could safely reuse, regardless of the time it took.

“Of course all the service items like brake shoes and bearings were changed and replacement parts were needed in order to repair some items safely.

“But all the major components on the Land Rover are the originals that were on it when it was pushed into the field in 1970.”

To maintain its authenticity, the team decided to not replace the torn bodywork but instead fixed where needed, keeping all of the original paint and patina.

With the build completed, it was time for the moment that the team of restorers and the vehicle’s new owner had been waiting for years to enjoy.

Mr Shoolheifer told Express.co.uk: “Starting it for the first time was incredible and it did actually start first time! 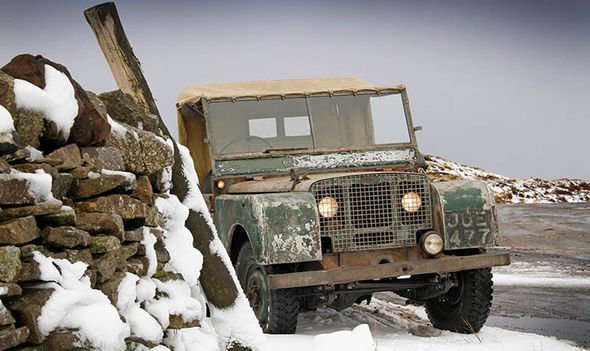 “Of course there are always worries and concerns that everything is going [to] be okay, but to hear it fire up for the first time in at least 50 years was incredible.

“For ‘Juey’ to run again, to make noise and warm-up was a real turning point in the restoration.

“We were even able to drive it a few feet across the workshop floor and this really spurred on the team after months of hard work.”

Mr Shoolheifer adds that the project has ensured that JUE 477 is no museum piece. 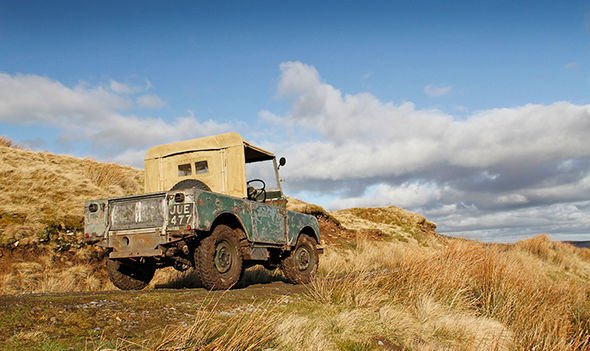 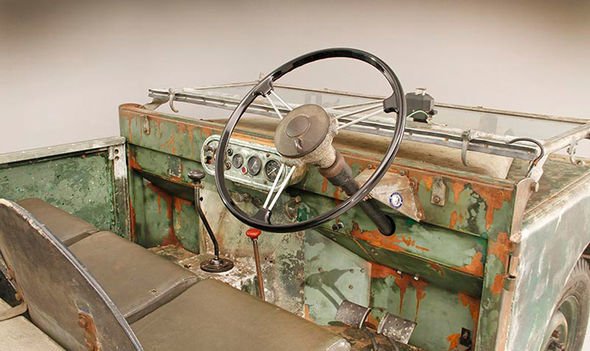 He confirmed that the car will not only “function properly” but performs exactly as an old Land Rover should.

He told Express.co.uk: “We restored it not only to be incredibly authentic but also to function properly and it was quite a fine balance.

“After the restoration, we covered several hundred miles just to settle everything in and then drove it all around its spiritual home of rural Northumberland for a few days.

“In taking it back to its resting place of 50 years we drove it off-road in some really quite tough conditions, with deep mud and snow. It was faultless.

“It’s happy on the road at a steady 45-50mph, but it’s a really enjoyable vehicle to drive with a lovely gearbox, brakes and steering.”

Jue 477 – The World’s first production Land Rover is available to purchase at Porter Press from £30. www.porterpress.co.uk