Home » Car Reviews » Classic Mercedes-Benz 600 owned by Elvis Presley has sold for over £200,000 at auction

Classic Mercedes-Benz 600 owned by Elvis Presley has sold for over £200,000 at auction The classic limousine is now based in Pennsylvania but was recently sold for £217,000 through online auction site Bring a Trailer. Standard Mercedes-600 models usually sell for more than £120,000 but the value was increased due to the iconic history of the vehicle.

The seller said Mr Presley took delivery of the car almost 50 years ago to the day on December 15, 1970 and it was used by the family during the early part of the decade.

The car was then gifted by Elvis to his close friend Jimmy Velvet who displayed the car in his Elvis Presley Museum.

The model was later purchased by a businessman who gave the car a $36,000 upgrade with new brakes, air suspension and an exhaust system.

Music fans will notice engraved “TCB” monograms on each front door while a copy of the car’s original documents includes Elvis Presley’s driver registration card from 1975. 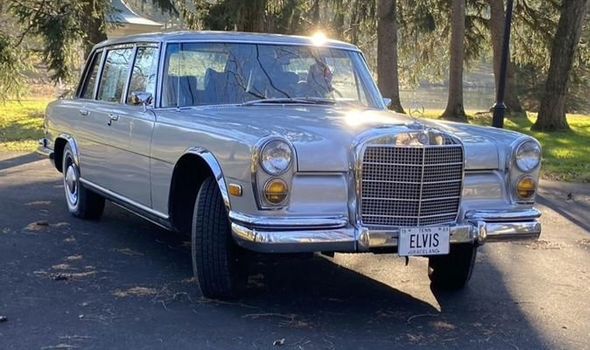 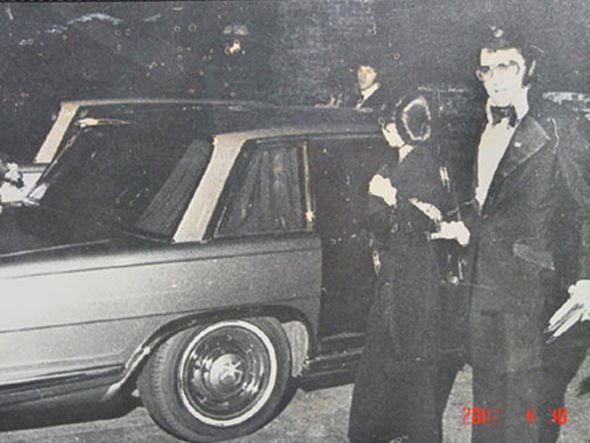 The documents also show Mr Presley paid for the car in monthly instalments of $344 each instead of upfront.

The order slips reveal Mr Presley purchased the model at a Mercedes Benz dealership based in California.

Custom made ‘ELVIS’ number plates are also fitted to the vehicle and mounted to the front and rear of the car.

The vehicle has travelled just 60,500 miles during its lifetime with just 2,000 added by the most recent owner.

The seller revealed an oil change and a coolant flush have been performed on the model within the last 100 miles to keep it maintained.

Inside, the car remains in a good condition finished with black leather and grey carpets. 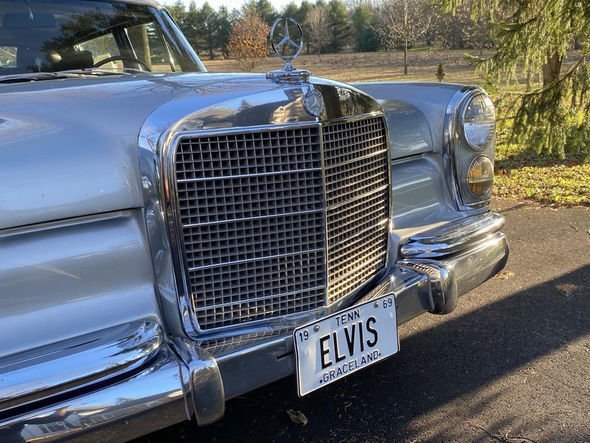 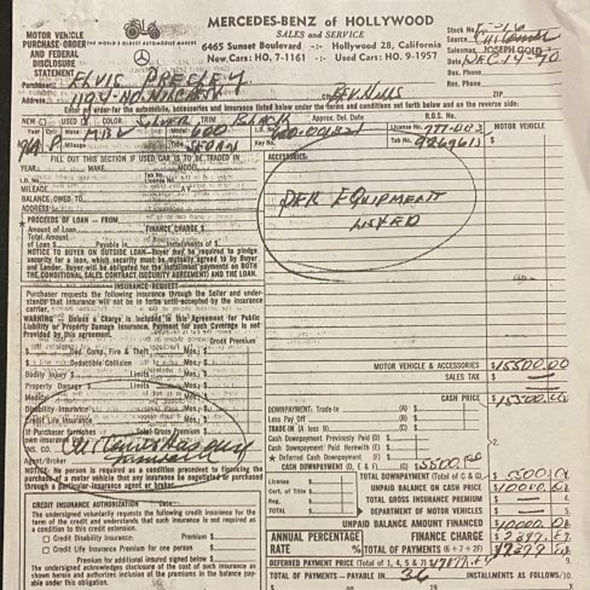 The car comes with small signs of wear on the drivers’ seat upholstery and a slight scratch on the driver’s door.

However, the seller says these imperfections were not refurbished on the model to preserve the history and originality of the vehicle.

The Mercedes Benz 600 was one of the most luxurious models of the age with comparisons only to Rolls-Royce Silver Cloud and Silver Shadow.

The car was Mercedes top of the line product between 1964 and 1981 making it an iconic model of the age. 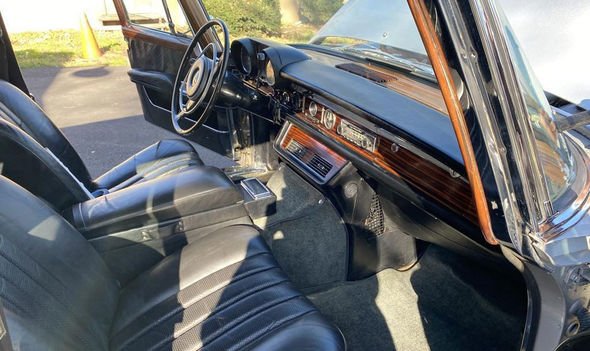 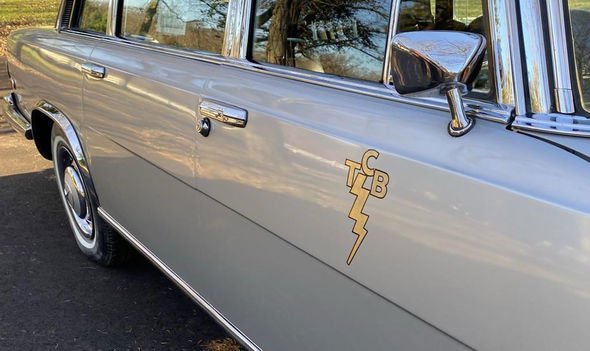 This version is just one of 2,190 short-wheelbase variants which were produced during the era.

Elvis Presley was well known for his love of cars after owning more than 200 vehicles in his lifetime.

His collection included some of the most iconic models of the 1940s and 1950s including a classic Lincoln Continental and Ford Thunderbird.

Mr Presley also had a particular love for Cadillac’s, purchasing five in his life including one for his mother Gladys.

END_OF_DOCUMENT_TOKEN_TO_BE_REPLACED

END_OF_DOCUMENT_TOKEN_TO_BE_REPLACED
We and our partners use cookies on this site to improve our service, perform analytics, personalize advertising, measure advertising performance, and remember website preferences.Ok