The 2020 Chicago Auto Show does not disappoint, offering an uncharacteristically robust slate of vehicles making debuts and a gigantic show floor that showcases the latest that the automotive industry has to offer. For those who like to sprinkle a little imagination in with their serious new-car shopping, Chicago also features its share of futuristic concepts and some one-off customized vehicles that are worth at least a point and a chuckle, and in some cases a deeper look.

Here’s to the whimsical side of the 2020 Chicago Auto Show, and here are six cars that celebrate it: 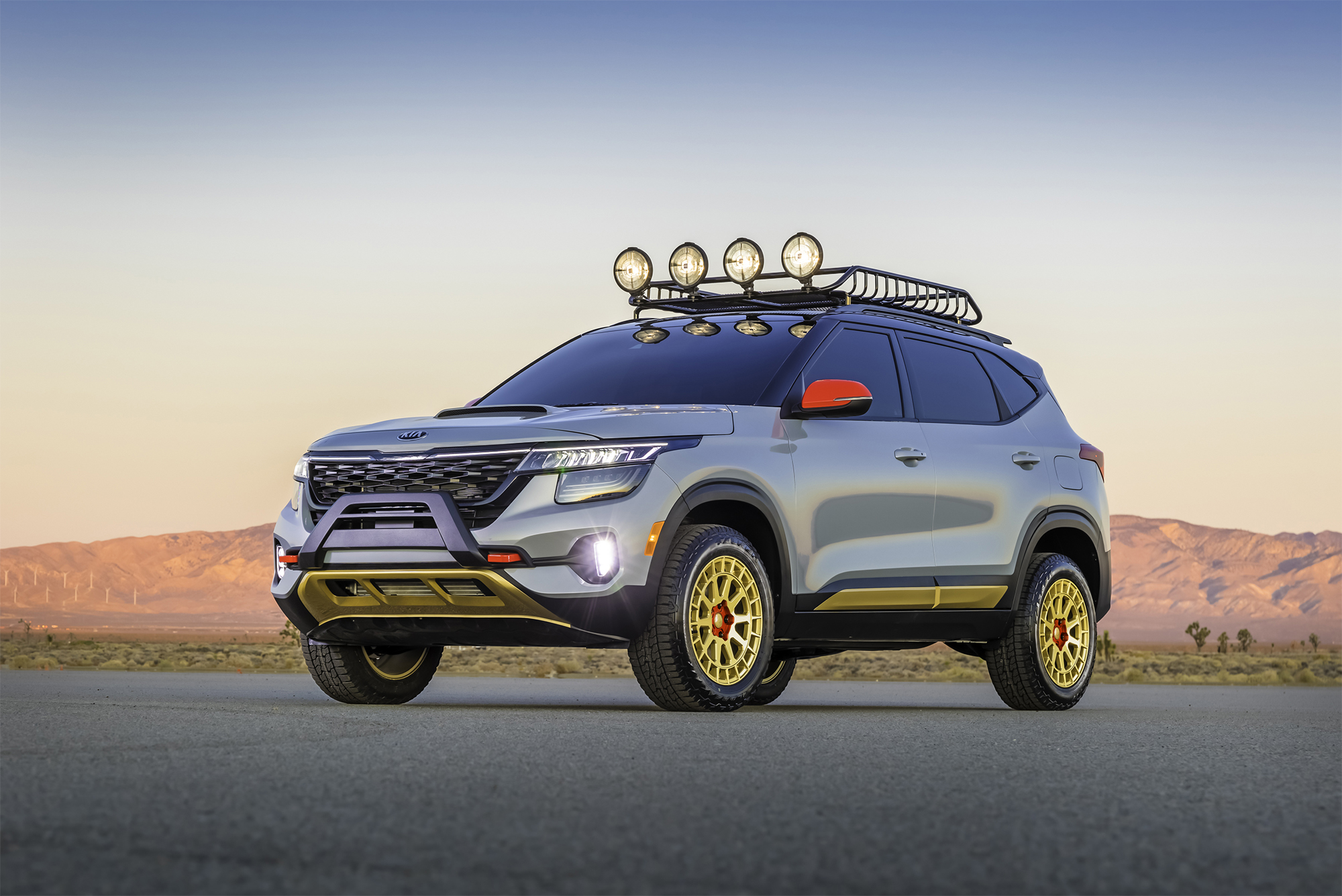 We got our first look at the new 2021 Kia Seltos and a pair of Seltos X-Line concepts at the Los Angeles Auto Show at the end of 2019, and now all three vehicles make their way to Chicago. Our spotlight this time falls on the X-Line Urban Concept, which seems a better fit for the Windy City than the Trail Attack version we highlighted previously.

The X-Line Urban Concept’s styling is based on the “imposing glass skyscrapers” of three other cities, but I’d throw Chicago — ahem, the birthplace of the skyscraper — in there as well. The X-Line Urban Concept rides on a 2-inch lift kit and atop decidedly non-concept 17-by-8-inch wheels. Rounding out the customized features are a unique hood with an integrated air intake and four Hella auxiliary lights mounted on a roof rack. 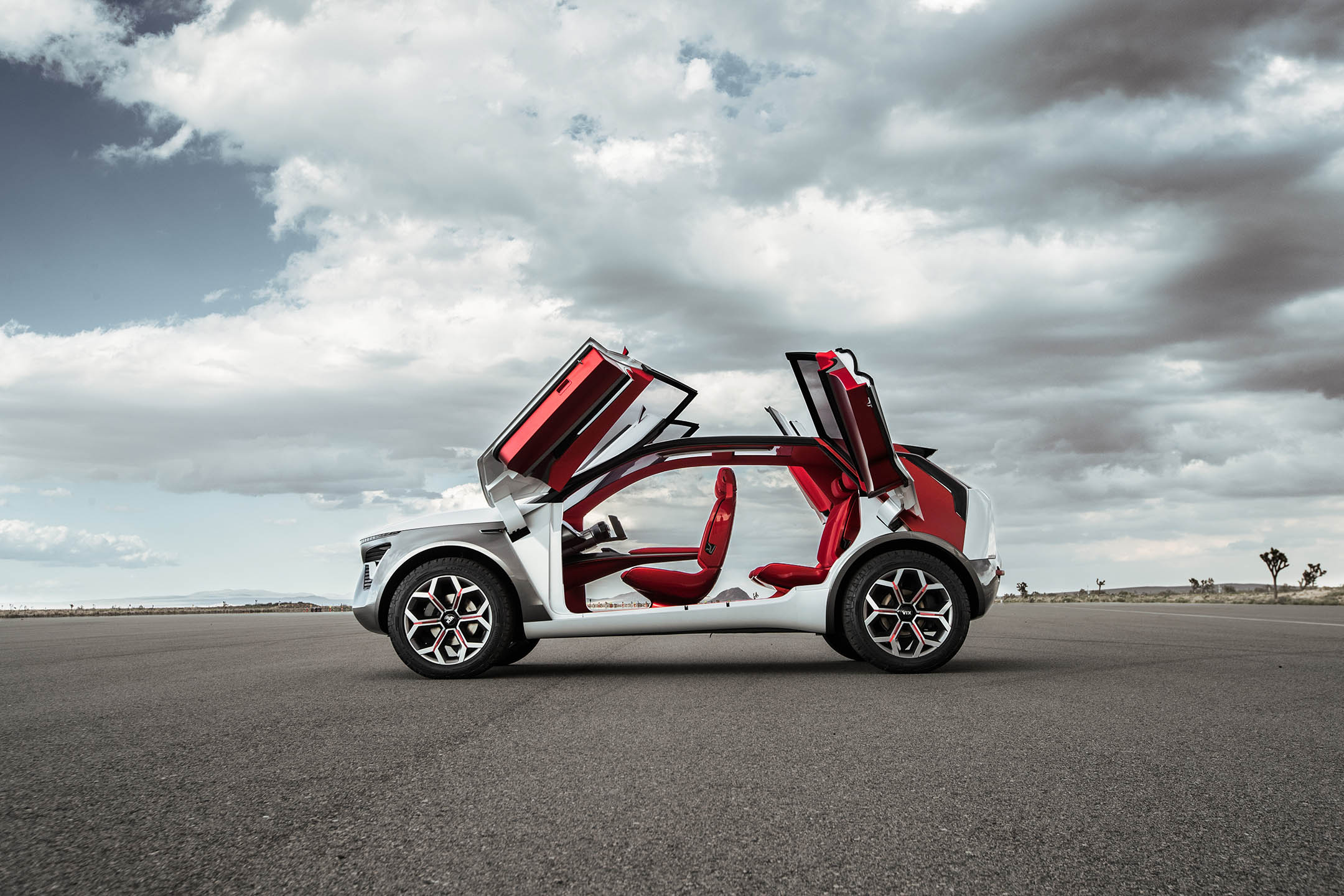 If the Seltos X-Line Urban Concept is a more realistic take on a concept, the Kia HabaNiro is the opposite. A space-age look at what the Niro EV could be in the future, the HabaNiro comes with classic concept touches like butterfly doors, oversized wheels and a futuristic control scheme that skips out on any kind of physical knobs or buttons for a giant touch panel that controls an interactive head-up display.

Kia also tossed out a few important specifications in relation to the HabaNiro concept: More than 300 miles of range and Level 5 autonomous capability. That first number is already in reach of production cars today, but the second would be beyond reach of what’s currently on the road — even cars that claim to pilot themselves automatically. 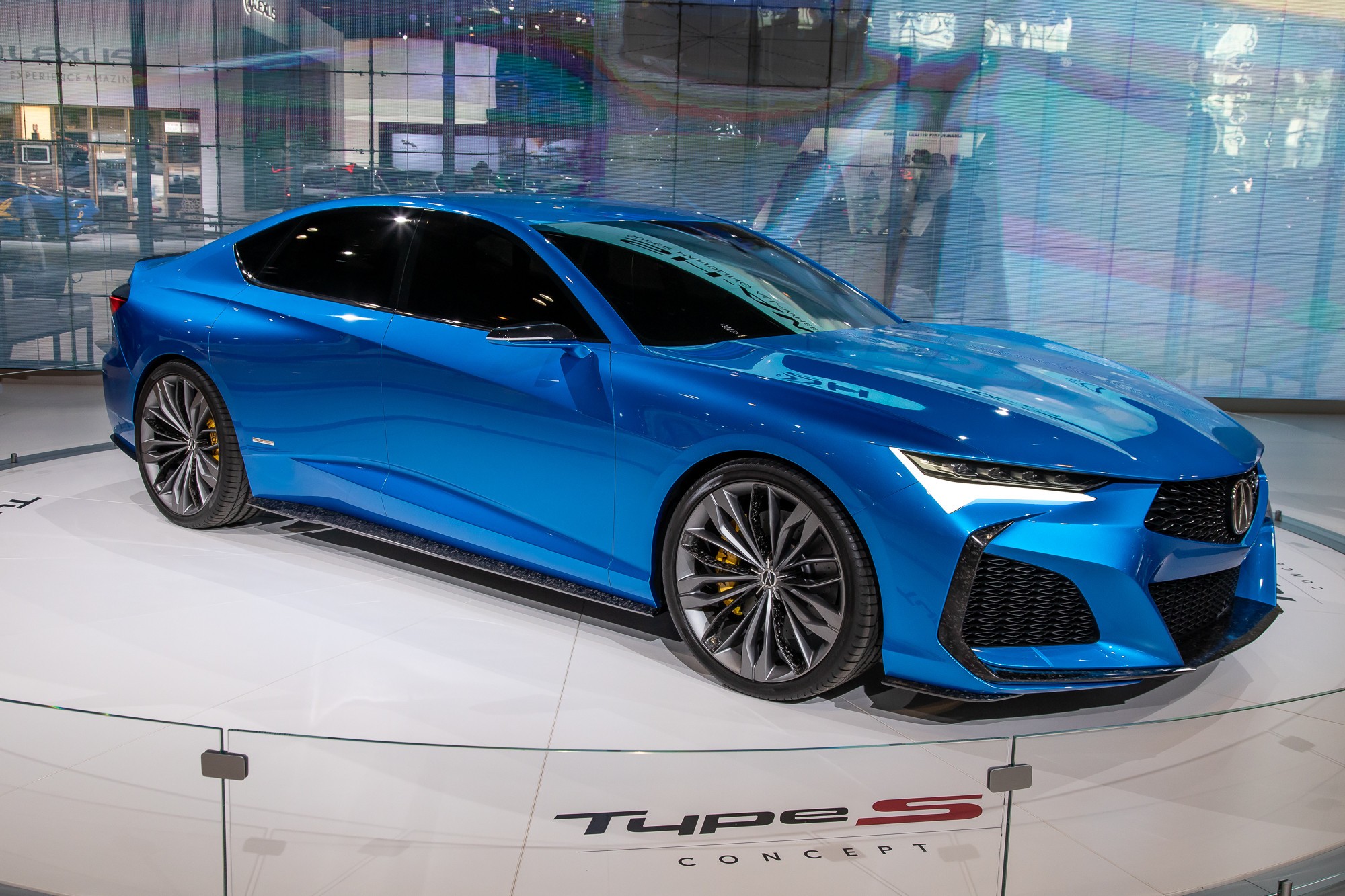 Chicago is not the first show where we’ve seen the Type S, so why keep bringing it up if Acura has already said that it does not plan on building it for real? In part, nostalgia — the current A-Spec performance lineup of Acura vehicles leaves something to be desired and we’re hoping with bated breath that the forthcoming Type S models (starting with the TLX) will inherit the styling of this gorgeous blue rocket. It is seriously attractive, more so than anything else you’ll find in the Acura booth these days (NSX included) and could hearken back to a day when Acura was known more for performance than warmed-over Hondas. I see better days for Acura in the near future, and the Type S is an angel, singing of the times to come.

If the aforementioned Seltos X-Line Urban has been enhanced for city life, this would be its spiritual opposite. The Ram 1500 Rebel OTG Concept (OTG stands for “off the grid”) is designed to let you grab some supplies, hop inside and take a nice long trek out of cell-tower range and then stay there for a long time.

It starts out as a Ram 1500 Rebel EcoDiesel underneath and then piles on the customizations. A 2-inch lift kit, bead-lock wheels, 35-inch Goodyear tires and an air snorkel help it to climb over whatever you encounter in the backcountry. There’s also a winch, rock rails, LED lamps front and rear, and traction mats/high-lift jack mounted on top of the cabin.

Move to the bed area and find what’s necessary for an extended period of “roughing” it: A collapsible rooftop tent and campsite lighting with canopy sit above the bed alongside a solar-panel system. In the bed itself is a gas-powered stove, sink with an onboard water system, a battery-powered cooler and storage for kitchenware. 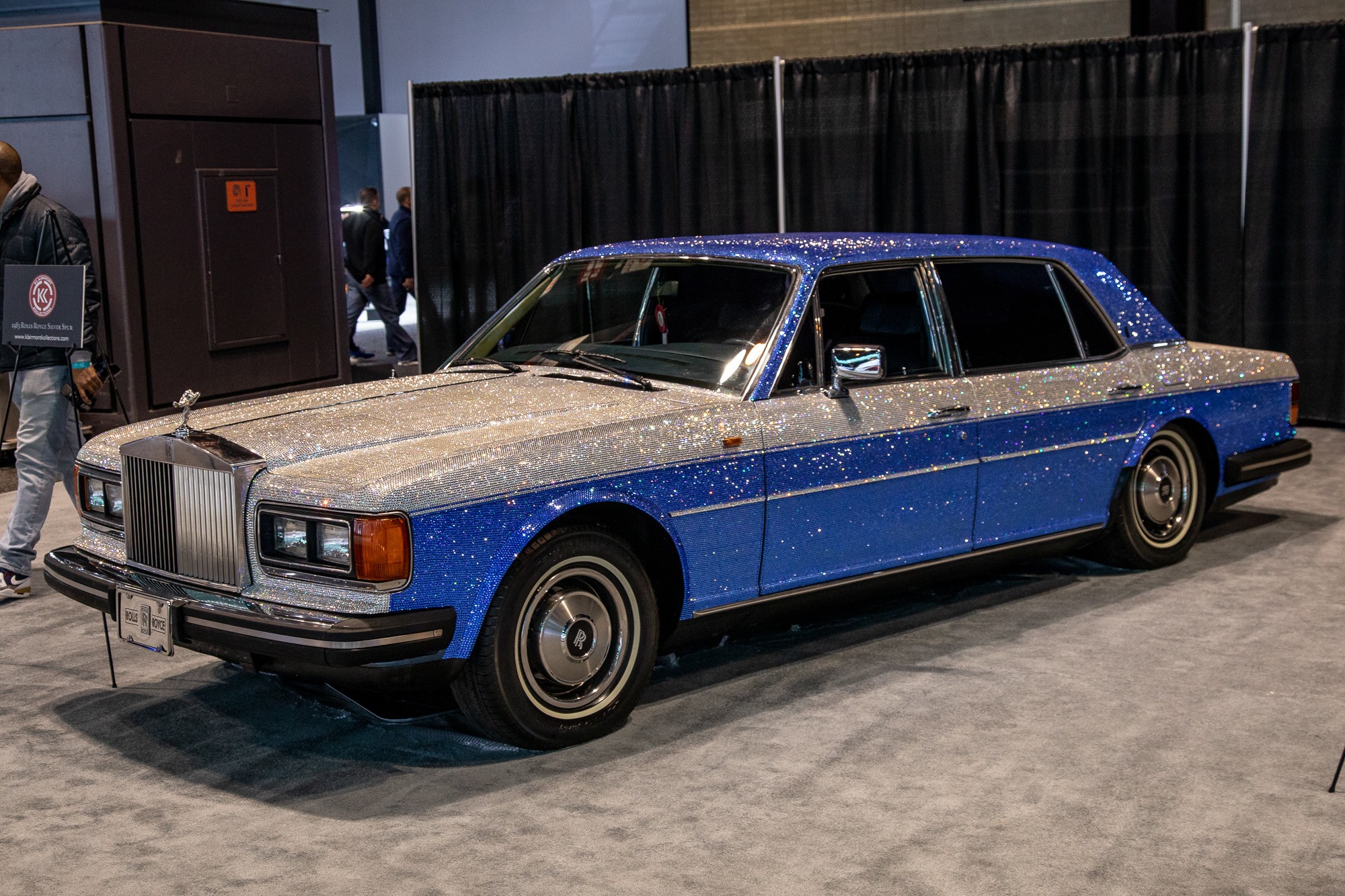 As if a vintage Rolls-Royce in a room full of new cars weren’t eye-catching enough, the folks at Klairmont Kollections felt the need to cover it from top to bottom in white-and-blue crystals. It’s not my cup of tea (or coffee/whiskey/water/juice for that matter), but I know that there’s someone out there who wants (needs) to see this and will be inspired to pick up a glue gun, go out to their own car and get to work. Those capped wheels are probably the closest that the Silver Spur comes to being a proper “concept car,” as those have been out of style long enough to potentially swing back in at any time.

For sports fans — Chicago has one or two — see if you can spot these customized vehicles paying homage to the city’s various professional sports teams. Toyota has brought a pair of Highlander SUVs to rep the local MLB teams, one for the Cubs and the other for the White Sox. I’d catch the Cubs vehicle while you can, just in case it gets dealt along with Kris Bryant. Ford has decked out an F-150 pickup truck in a salute to Da Bears and for hockey fans, there’s a Blackhawks-themed Chevrolet Blazer that you can actually win and take home. Curiously absent? The Bulls, who seem like a natural tie-in for a Lamborghini of some kind. Maybe next year.

You can see all these concepts and custom cars now at the 2020 Chicago Auto Show, which is open to the public now and runs through Presidents Day.