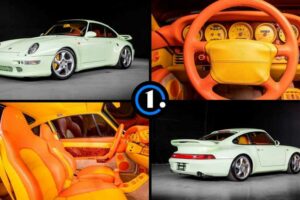 A 993-generation Porsche 911 Turbo S is a rare machine, but there’s a unique example currently for sale from Pfaff Reserve that you have to see to believe. His Highness Sheikh Nasser Al-Mohammed Al-Sabah, the 6th Prime Minister of the State of Kuwait, commissioned the custom machine through Porsche Exclusive to get this amazing color combination.

The exterior is the shade Vanilla Yellow. Although in these pictures, the hue appears to have more of a green tinge. The color has a seafoam appearance. While not a paint choice you usually see on a Porsche, we can see why the owner would select it. 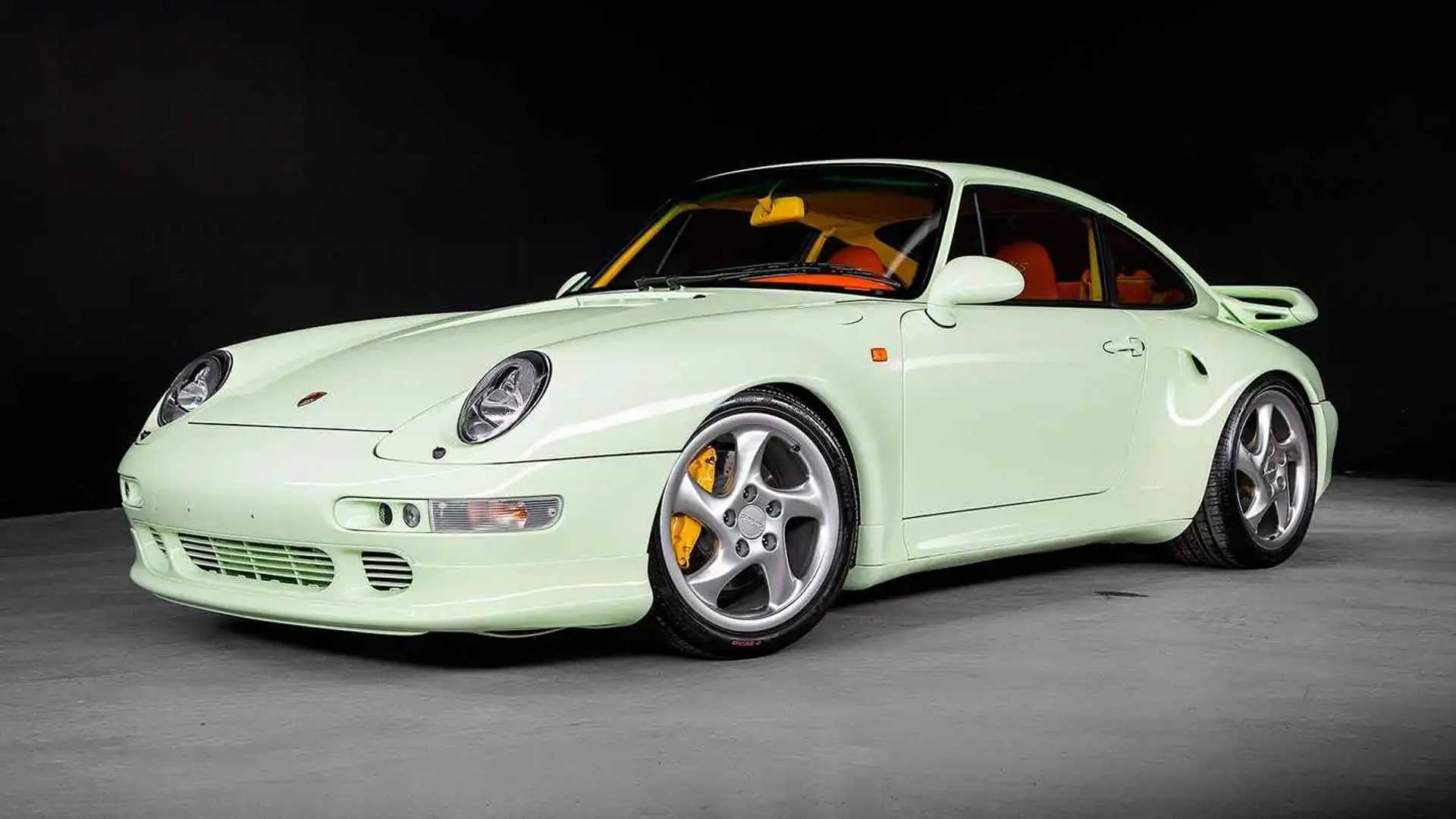 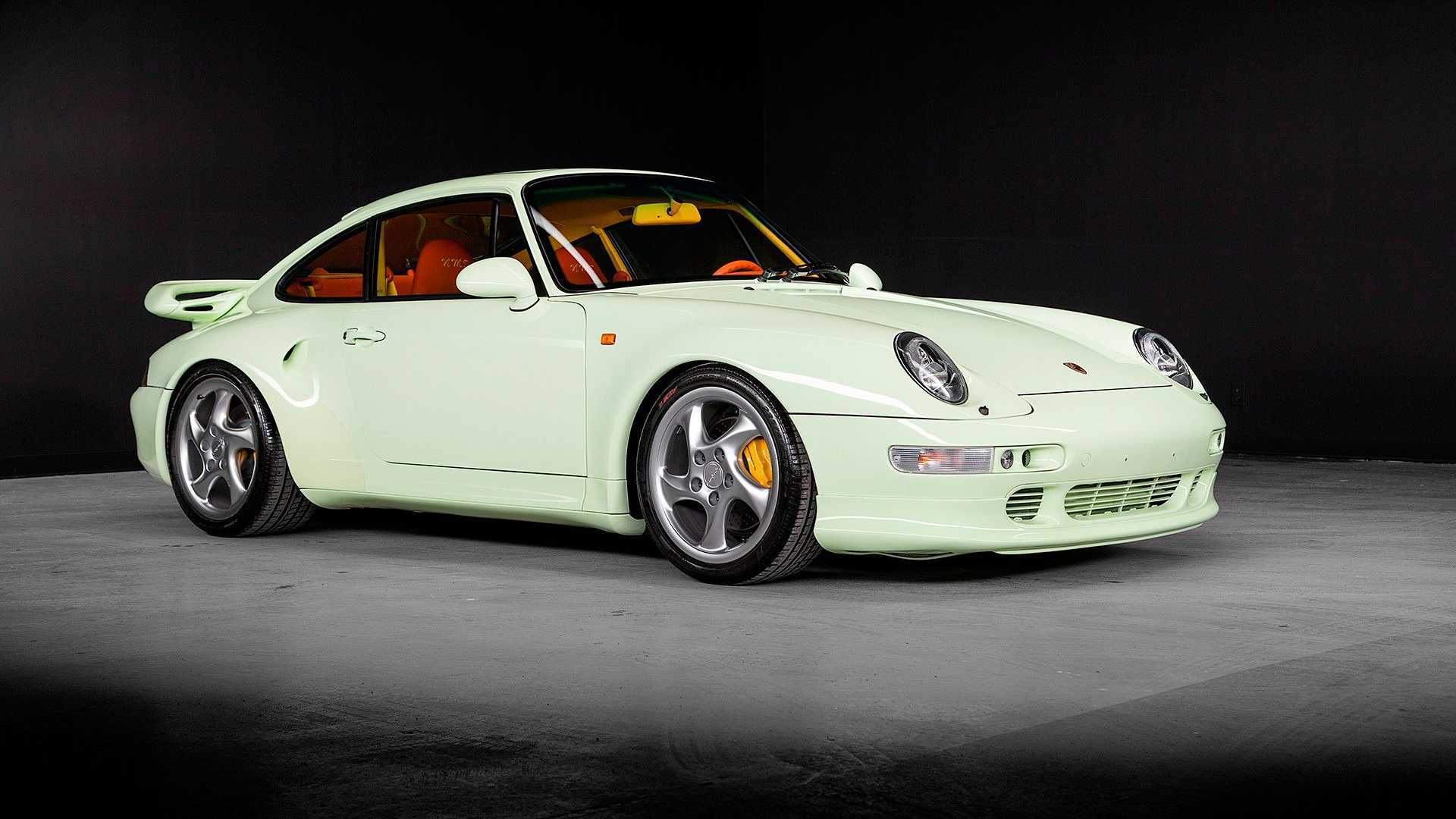 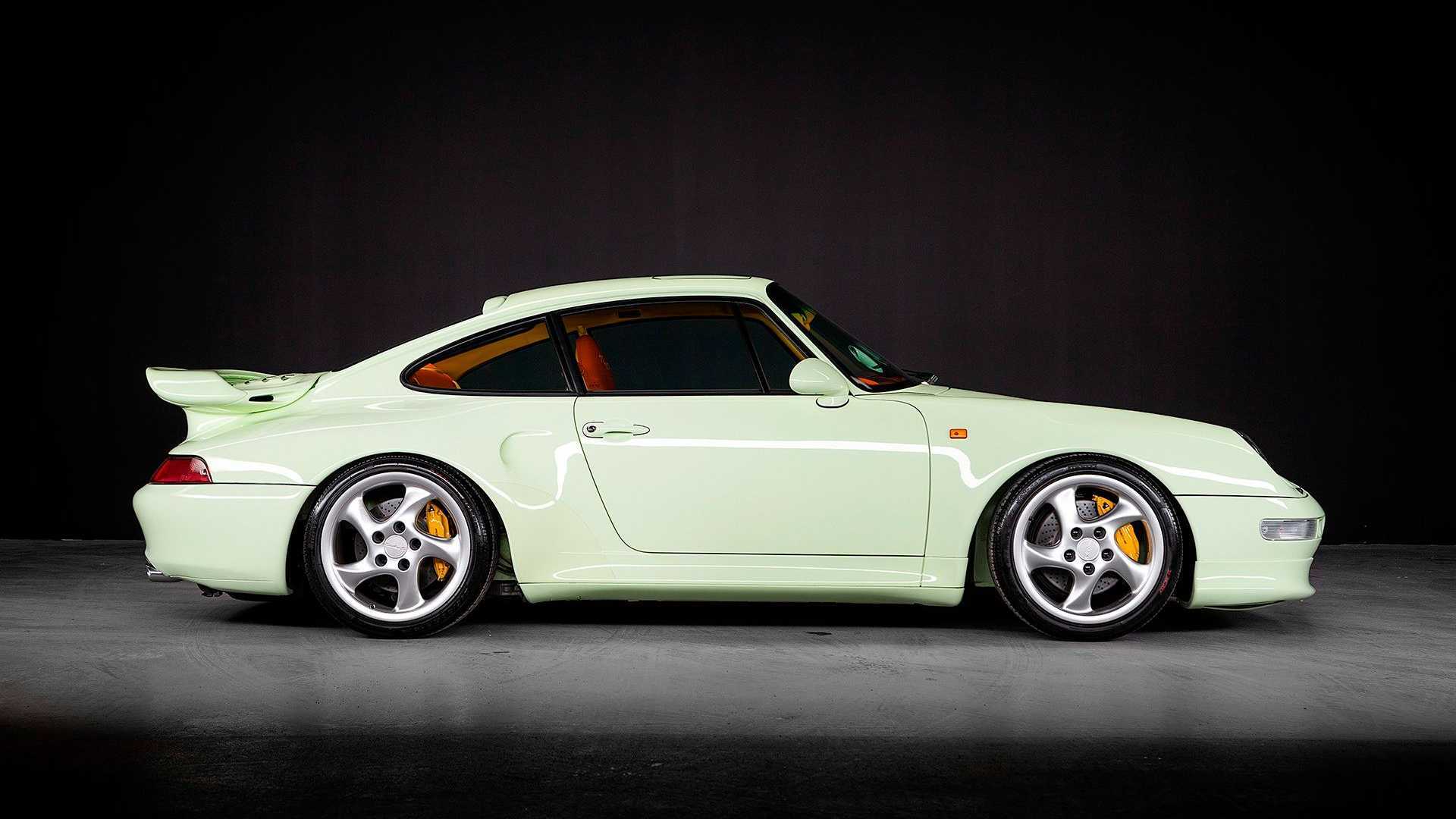 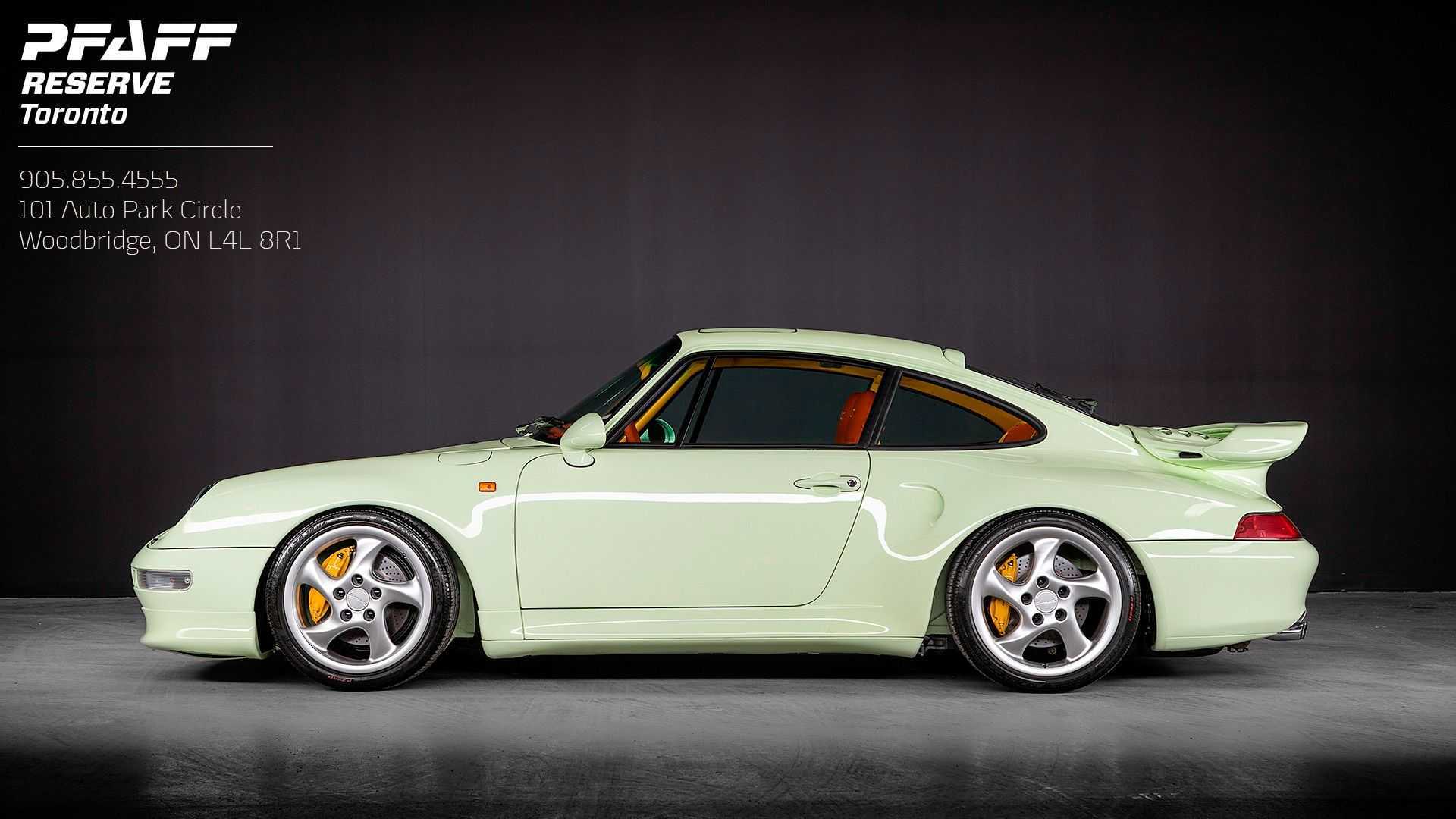 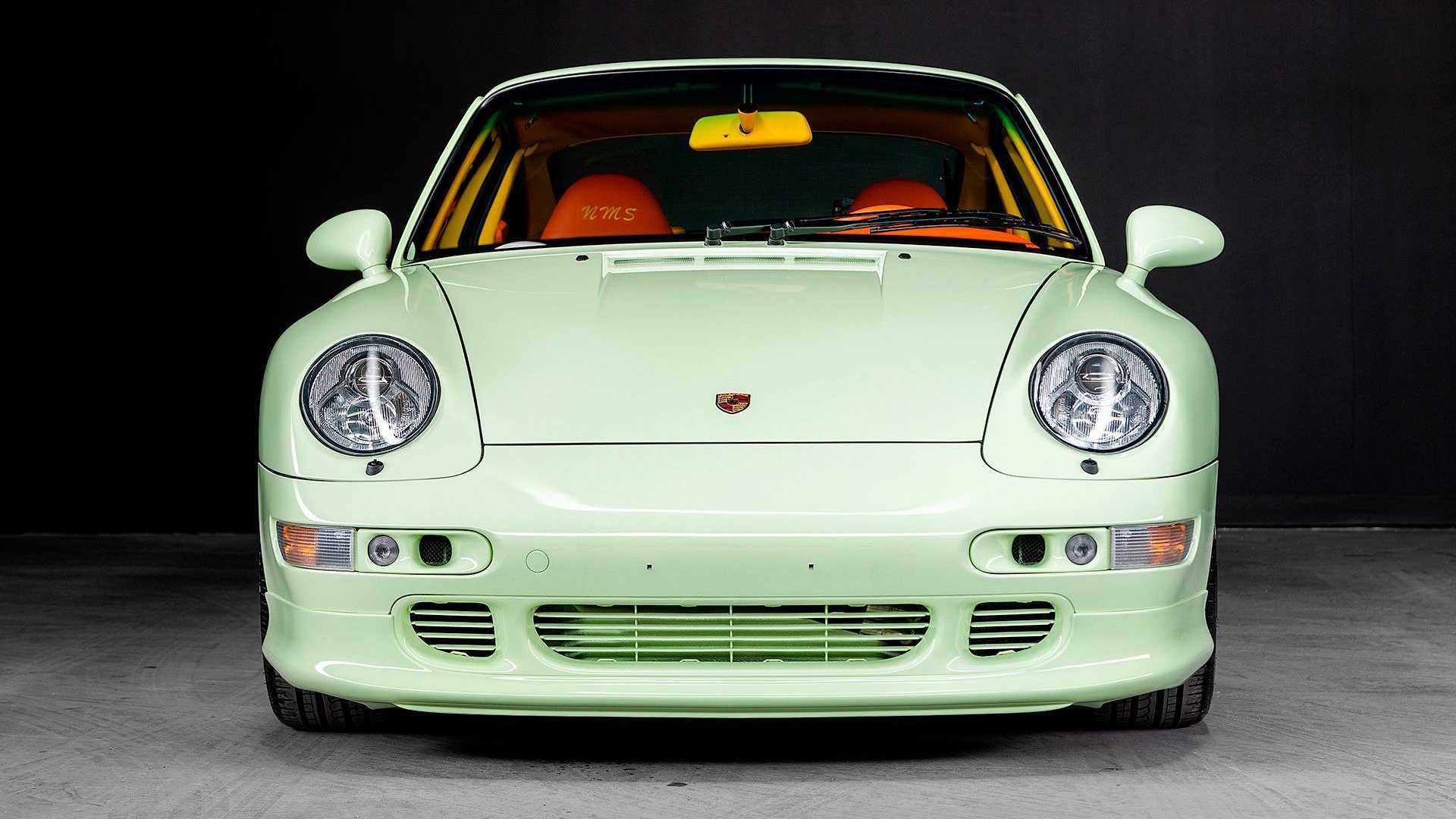 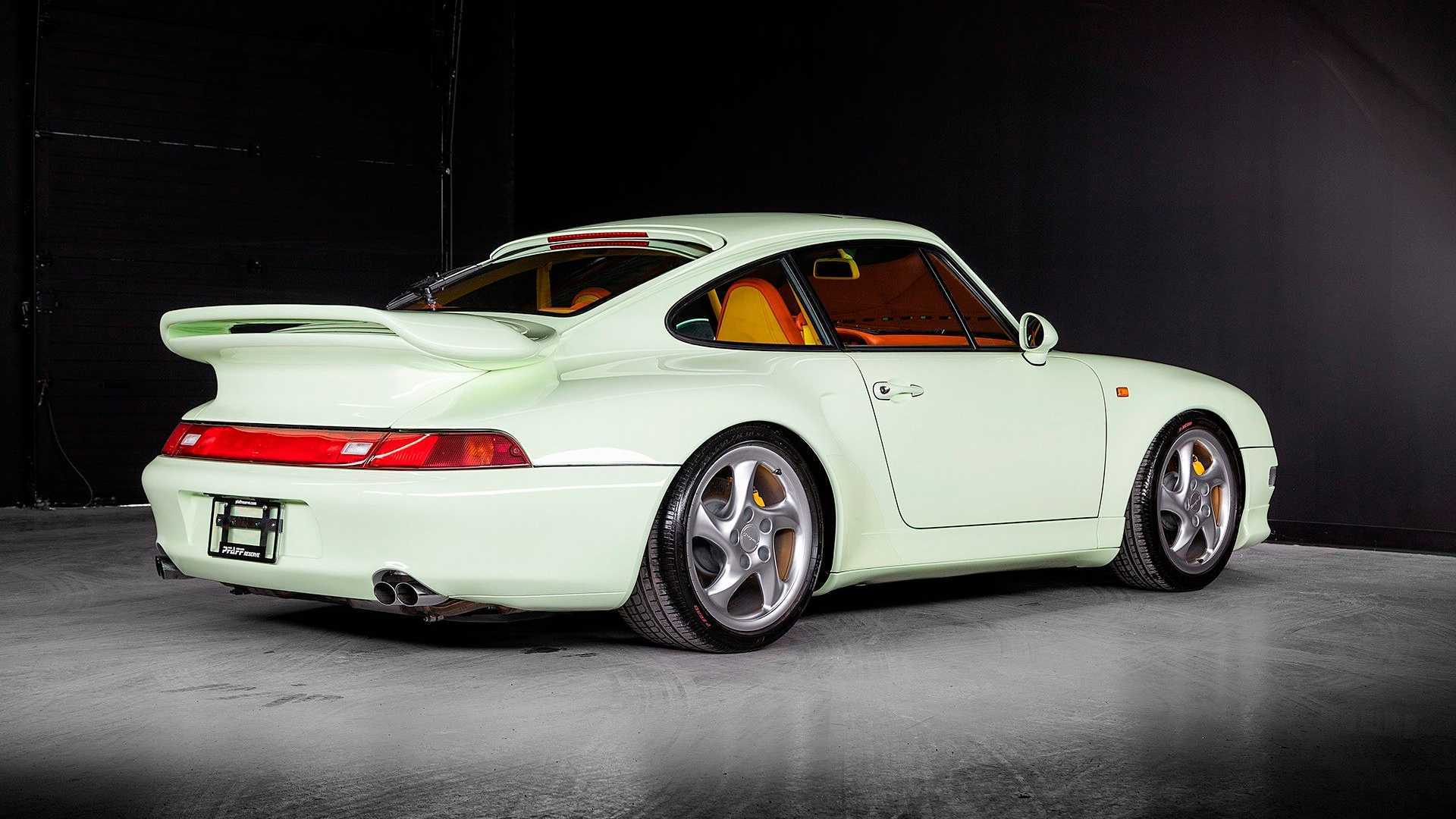 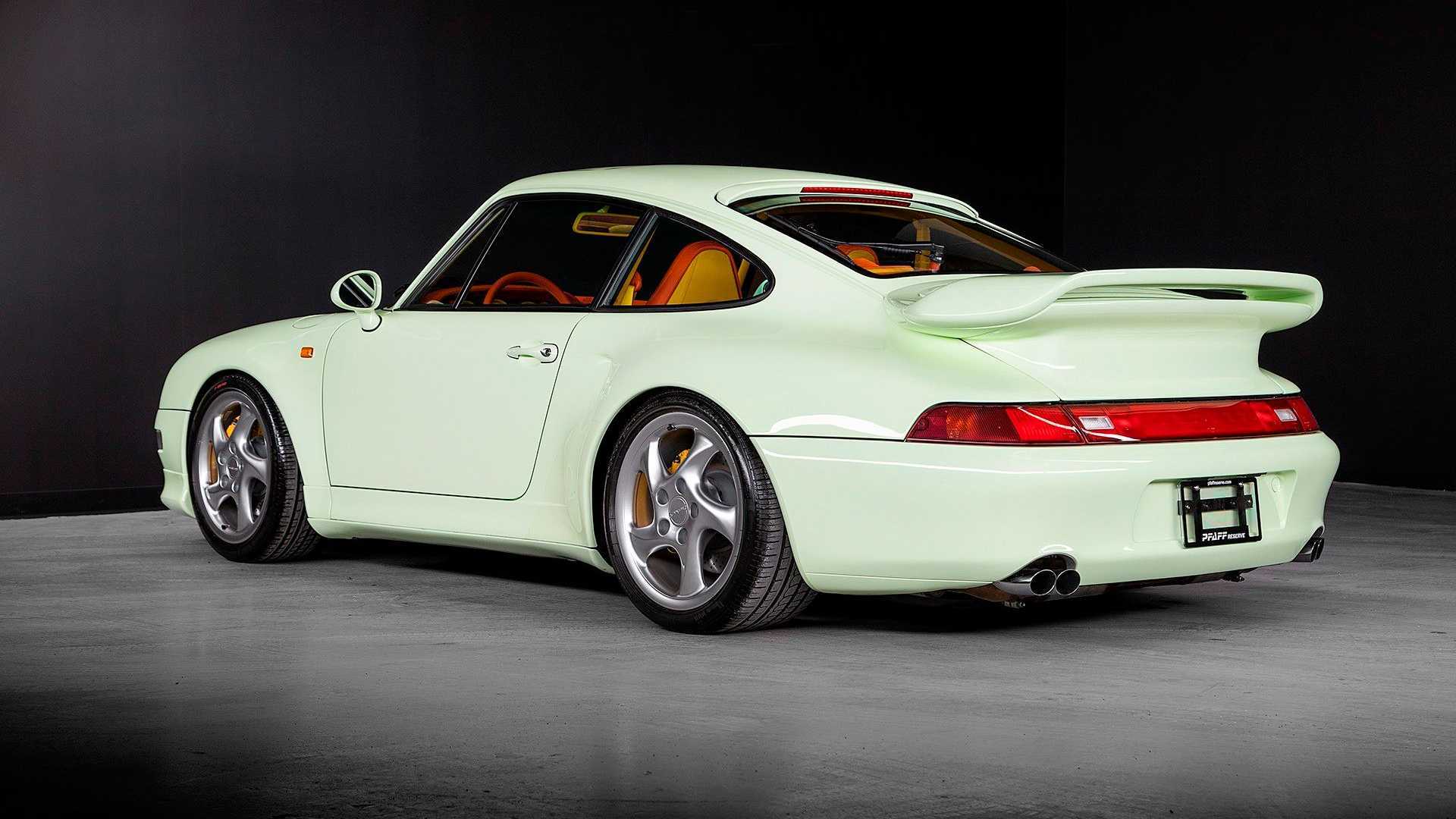 Opening the door reveals a complete color contrast. The leather is a mix of yellow and orange that is eye-searing to look at. If that’s not enough, the buyer selects the gauge faces, all of the switchgear, speaker housings, seat belts, and other bits of trim to be in the same shades as the upholstery.

While the Turbo S is a very sporty vehicle, the buyer of this one keeps the cabin looking luxurious rather than focusing on a performance-focused appearance. There’s wood trim that has a grain mixing shades of brown in the darker portions and hues that are closer to orange in the lighter parts. It’s a good mix with upholstery color. The carpets are light tan.

Introduced for the 1997 model year, the 911 Turbo S featured larger turbos and revised engine management to make 444 horsepower (331 kilowatts) in Europe and 424 hp (316 kW) in the United States. The vehicle also received a revised body kit with small inlets in the rear fenders, a different rear wing than the standard Turbo, and quad exhaust tips. This high-spec 911 variant only lasted until 1998.

According to the listing, this car went through a full restoration at Porsche Classic in Germany from 2010 to 2014. The cost for the work was an astonishing €446,500. Since the work, this Turbo S has only covered 65.87 miles (106 kilometers). The sale includes the original commissioning documents and the complete restoration invoice.

Pfaff Reserve is asking $888,888 for this unique 911 Turbo S. That’s certainly a lot of money, but you’re never going to see another one in this color combination.