Driver claims to have failed an MOT because of E10 petrol 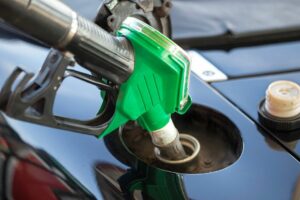 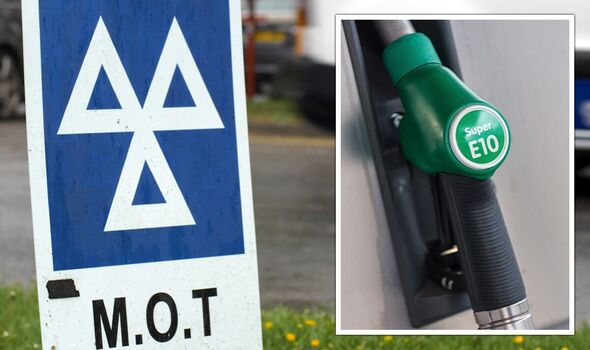 Since its introduction in September 2021, many drivers have found issues with E10, which is blended with up to 10 percent ethanol. The complaints have ranged from damaged seals as a result of the ethanol to engine problems and efficiency issues. One driver claimed it meant they failed an MOT.

A driver on Twitter took to the social media platform to question whether anyone else was having issues with E10.

They tweeted: “Is it just me, or does anyone else find their car burns through this new E10 petrol much faster than the old stuff?? I’m now using more than I was, at inflated prices.”

The post garnered hundreds of interactions with other motorists discussing their experiences with the petrol.

One of the respondents, gt2andy, claimed that he had seen numerous issues with E10, including problems with his MOT.

He tweeted: “Yes you get fewer mpg from this little bit of the race to net zero.

“Other ‘benefits’ include random engine light illumination (failed MOT, ££ to put it out), poor performance and other long-term issues not yet discovered.

“Oh and deforestation to grow the ethanol. Green fail. It’s hard really to see any benefits.”

“The only possible positive of using less fossil fuel (because eventually it’ll run out) doesn’t even happen because you have to buy more gallons of 90 percent FF than you would 95 percent with less ethanol.”

Another respondent, CKRacingUK, claimed: “60 miles less to the tankful using E10 than super unleaded in my car.

“Same conditions of driving, and the car does not like it. So Shell Super for me all the time now.”

An expert has previously claimed it is not “surprising” that drivers want to be “selfish” and opt for E5 instead of E10 amid fuel efficiency issues.

Dorry Potter, an expert at National Scrap Car, warned that despite E10 being more eco-friendly than E5, many drivers are opting for the latter as fuel efficiency issues emerge.

The expert added that during the cost of living crisis, drivers’ main priority is saving money.

Ms Potter said: “During this cost of living crisis it is not surprising that motorists may want to be a little selfish when it comes to their preference of fuel.

“E10 is of course better for the environment, this being the main catalyst for it being introduced as the default fuel at pumps across the UK, helping us move closer to being a more eco-friendly country.

“However, it is no secret that E10 offers less miles per gallon to drivers, meaning that motorists have to fill up more than they did with E5, meaning higher costs.”

The expert added: “With the wallets of many Brits being squeezed by rising inflation, energy costs and stagnant wages, drivers cannot be blamed for putting their well-being ahead of the environment during these difficult times.

“There is also the added point that not all vehicles are E10 compatible, so some drivers may not want to risk it if they are not certain, there is a E10 compatibility checker on the government website for those wishing to check.”