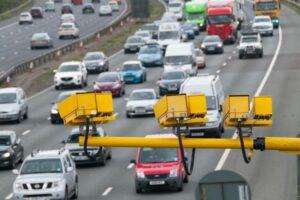 A number of massive changes have already been announced by the Government which is set to massively change the automotive sector. It is pushing ahead with its pledge to ban the sale of new petrol and diesel cars from 2030, with a further ban affecting hybrids from 2035.

This move is designed to act as a stepping stone towards the Government’s aim of being net-zero by 2050.

The ban has already had a huge impact on car buying intentions in the UK and abroad, with more looking at alternatives, like electric cars.

Last year, it was reported that the Treasury was looking into fundamental changes to the tax system to ensure it keeps pace with the economy of the future.

Revenue streams like fuel duty and car tax are imperative for the Government, bringing in tens of billions of pounds every year.

Kevin Pratt, finance expert at Forbes Advisor, spoke about what could be introduced in the near future to deal with lost revenue as a result of the Government’s net zero aims.

Speaking exclusively to Express.co.uk, he said: “Driving the green agenda comes at a cost for the Government.

“At the moment, it raises around £35billion a year in fuel duty paid when motorists fill their cars with petrol or diesel.

“And it gets a further £7billion in vehicle excise duty (VED – sometimes referred to as road tax), which is paid according to the vehicle’s CO2 emission – and which is avoided completely by electric vehicles.

“So if the Government succeeds in transitioning the UK fleet to electric over the next couple of decades, it will see a massive drop in revenue.”

Many think tanks and organisations have suggested ways in which the Government could make up for the money lost through the lack of fuel duty income.

The Tony Blair Institute for Global Change released a report in August which said that two approaches would not work for the Government.

It concluded that a “cigarette tax” approach where falling revenues are compensated for by increasing the level of taxation, would not work because it wouldn’t address congestion fears and would be “hugely unfair” on those unable to afford EVs.