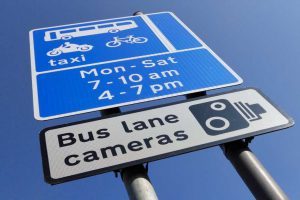 Two million bus lane fines were issued by more than 800 cameras across the UK in 2019, resulting in £59.6 million being handed over by motorists

Drivers in the UK paid £59.6 million in bus lane fines in 2019, after two million Penalty Charge Notices (PCNs) were issued from more than 800 cameras.

The data, which was acquired by Confused.com via a Freedom of Information investigation, revealed that the local authority in Manchester issued the highest number of PCNs – 241,924 – and brought in the most revenue – £4,827,145.

Confused.com also surveyed 2,000 UK drivers, of whom 28 per cent said they had received a bus lane fine at some point in the past. Of those, 36 per cent appealed their fine, with a success rate of 74 per cent.

Of the drivers that received a fine, 38 per cent blamed unclear signage and 31 per cent unclear road markings. Some 18 per cent even went as far as to say they felt their fine was issued to raise money more than anything else.

Alex Kindred, car insurance expert at Confused.com, commented: “Nearly £60m issued in bus lane fines in 2019 is testament to the fact that bus lanes may be one of the most confusing challenges motorists face on UK roads.

“Clearly drivers want change to avoid receiving a fine for a genuine mistake. It’s only right that some of the money from PCNs is invested back into solutions, such as clearer signage and exemptions for first-time offenders.”

Have you ever been fined for driving in a bus lane? Let us know below…