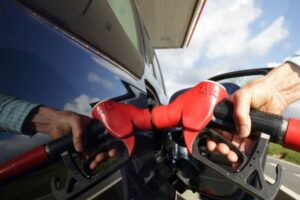 Thomas Iveson, head of leasing at car discount company Motorfinity said only a handful of vehicles are not compatible with the petrol. He warned even cars who are incompatible could still use the new compound “in the short term”.

He said a small fill-up was unlikely to cause “severe damage” to vehicles.

He said: “I would urge the majority of drivers not to panic about their car being damaged by making the switch to E10.

“Only eight percent of cars in the UK are currently not compatible with E10.

“And, even if you do fall into this eight percent, it’s still fine in the short-term to fill up with E10 rather than unleaded petrol, without causing severe damage to your car.

“E10 is also cheaper to purchase, so financially, drivers can be much better off, too.

”Drivers have raised their concerns over the new E10 fuel amid fears over possible damage.

The RAC has previously warned around 600,000 cars are incompatible with the new compound.

Experts at Hagerty have warned doubling the amount of ethanol in your tank can cause a variety of issues”.

They warn ethanol can absorb water from the atmosphere which can lead to condensation in your fuel lines.

Tests from the Department for Transport identified a range of problems with the new fuel in incompatible vehicles.

They also warned drivers could see blocked injections and corrosion of the fuel tank.