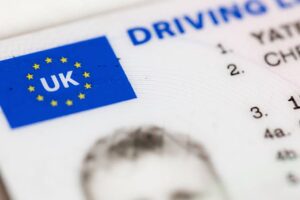 Some drivers have been unable to get on the road due to 1.4 million DVLA applications waiting to be processed

The Driver and Vehicle Licensing Agency (DVLA) is faced with a “catastrophic” backlog of paper applications due to social-distancing rules, and industrial action linked to Covid-19.

Strikes by the Public and Commercial Services Union (PCS) have been staged in response to what it calls “unsafe” working conditions, contributing to the mass of unprocessed applications. More than 643 of the DVLA’s 6,000-strong workforce are reported to have had Covid, although the organisation says it has followed Government advice at every stage.

Mark Serwotka, head of the PCS, told the BBC that the backlog of 1.4 million cases could have been avoided if staff were allowed to work from home, calling it a “stain” on the reputation of the civil service: "In 21 years, I have never encountered the level of incompetence and mismanagement that is on display at the DVLA in Swansea."

"We believe that if the department of work and pensions can deal with three million universal credit claims, if HMRC can deliver furlough scheme, if we have workers in the home office ministry of justice, devolved nations, working from home handling in some cases much more secure data so could the DVLA."

The head of the PCS also said that the actions of the DVLA have put its workers at a significant health risk, with more than 643 confirmed Covid cases and one fatality. However, chief executive of the DVLA Julie Leonard has denied this, claiming that staff safety has been prioritized during the pandemic:

"We have taken staff safety incredibly seriously at every point in this. Had it been easy to have more people working at home, we would have done it. Staff safety really has come first."

A provisional deal between the DVLA and PCS recently fell through without explanation, according to Serwotka, who said: “Targeted action will continue at the DVLA unless the original deal, which both parties had agreed in principle, is back on the table.”

The DVLA has faced major criticism for some time, with some motorists left unable to drive for months, and others complaining of unreturned documents. The DVLA receives around 60,000 pieces of mail daily, but says online operations – which can be used for most of its services – are unaffected. Drivers with medical conditions often have to rely on physical documents, though, while medical professionals’ letters often required by the DVLA are also subject to delays.

The DVLA said: “There are significant delays in processing paper applications and contacting us due to ongoing industrial action and social-distancing requirements. Paper applications are taking, on average, up to six weeks to process, but there may be longer delays for more complex transactions.”

The agency added the people can continue to drive after submitting an application, as long as they have not been instructed not to do so by a doctor or optician. It called the strike action “disappointing”, and said PCS is “targeting services that will have the greatest negative impact on the public, including some of the more vulnerable people in society”.

Get your driving up to scratch with our handy guide here…