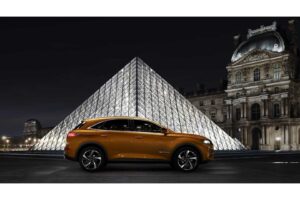 This means it will be the first Stellantis brand to offer an electric-only lineup of vehicles.

Stellantis, the automotive conglomerate that now owns an impressive fourteen car brands, recently announced its strategy to electrify all of them, and in most cases, the plan is to try to go all-electric from 2027 onward. However, for DS, Peugeot-Citroen’s premium brand, the shift will come a few years quicker than that.

The initial announcement was that DS was going to go all-electric come 2027, but according to a post made by the company’s managing director for the UK, Jules Tilstone, the shift may happen much sooner, in 2024. Tillstone’s tweet said that

We’re not completely sure this applies to DS vehicles sold outside the United Kingdom, but since it is a relatively low volume manufacturer with a small number of models, it would be easiest to fully-electrify. DS is also a premium and more avant-garde brand, so it would make sense from that standpoint to have it become completely electric first.

DS currently only has the DS3 Crossback E-Tense, which we recently reviewed, as its sole fully-electric model on offer, but it is planning to offer more. It is also worth mentioning that before the recent 2027 announcement, DS had already said it was planning to go EV-only by 2025 in all markets where it is present, so the recent news that it could be one year sooner makes more sense than three years sooner.

The mother brand, Stellantis, has announced that it intends to launch 11 new BEVs in the next 2 years and there’s a good chance there’s a fully-electric DS among those models. The plan is to also launch 10 new plug-in hybrids in the same time frame, but all the models in the DS lineup are already available as PHEVs, so it’s unlikely that more will be added.