E10 petrol explained: checker tool, UK prices and is it OK for your car? 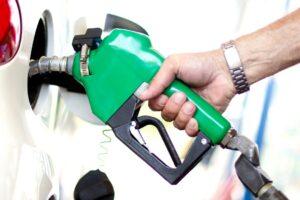 What is E10 fuel and will your car run on it? Here’s everything you need to know about E10…

E10 petrol has been rolled out across UK fuel stations, replacing the old E5 unleaded petrol in an effort to help drivers lower their carbon footprint. While E10 represents a step forward for greener motoring, you may have heard that some cars are not compatible with this new type of fuel. To answer any questions you may have about E10 petrol, we’ve put together this guide to explain everything you need to know.

E10 is a new variety of petrol that is a mixture of 90 percent traditional petrol and 10 percent ethanol. The ethanol added to the fuel has been derived from materials such as low-grade grains, sugars and wasted wood.

E10 fuel has been adopted as the new default unleaded petrol found in pumps across the UK, and its implementation will help reduce CO2 emissions by as much as 750,000 tonnes per year, which is equivalent to removing 350,000 cars from the road. The E5 petrol previously on sale at British fuel station forecourts contains no more than five per cent ethanol – E10 contains twice as much, but this could cause problems for some cars.

Is my car compatible with E10?

All petrol cars built from 2011 onwards are E10 compatible, but the DfT has previously estimated that 700,000 vehicles in the UK are not. Older vehicles, such as classic cars, are incompatible with the new fuel and will suffer as a result of a fill-up with the incorrect mixture.

The RAC estimates that around 28,000 older VW Golfs and 18,000 Mazda MX-5s can’t use E10 due to its higher ethanol content potentially damaging rubber, alloy and plastic parts. The European Automobile Manufacturers’ Association (ACEA) says that all BMWs can use E10, but warns this is not the case for the cars of every manufacturer. Almost all Mercedes models can use E10, but the C200 CGI and CLK 200 CGI made from 2002 to 2005 cannot. Nevertheless, E10 has been sold in Europe – most notably in France and Belgium – alongside E5 for a number of years.

If you are unsure whether your vehicle can use the new fuel, an E10 compatibility checker can be found on the Department for Transport’s website. This is the best way to check before you start using E10.

What do I do if my car is not compatible with E10?

Owners of vehicles that are incompatible with E10 petrol shouldn’t worry too much, as an E5 mixture is still available from most fuel stations labelled as a ‘super’, ‘premium’ or ‘performance’ mixture.

A spokesperson from the UK Petroleum Industry Association explained: “If an owner of a classic or cherished car is uncertain of their vehicle’s compatibility with (E10), they can avoid potential difficulties by using the super grade”. The problem is that you will pay a bit more for these premium fuels, and it’s always best to double check that the pump is labelled as E5 before filling up your car.

What happens if my car can’t run on E10 but I fill up with it by mistake?

If you accidentally fill a car with E10 when it needs E5, some of the vehicle’s internal components may suffer as a result. The extra solvents in the fuel can cause damage to the fuel pumps, lines and carburettors, especially in the long term.

If you accidentally fill up your car with E10 it probably isn’t going to be the end of the world. The risk is related to corrosion and this tends to be caused by repeated use. There’s no issue with mixing E5 and E10 fuel in your car’s fuel tank and the RAC recommends that if you accidentally fill your car with E10 you should top it up with E5 after using a quarter of a tank to dilute the negative effects.

Q: Why has E10 been introduced?

A: The extra bioethanol in E10 comes from crops, which absorb carbon dioxide (CO2) as they grow. It’s estimated switching to E10 equates to a two-per-cent reduction in CO2 per car, with the Department for Transport (DfT) expecting E10 to cut UK CO2 emissions by 750,000 tonnes a year, equivalent to taking 350,000 cars off the road.

A:  New cars built from 2011 have to be compatible, and most firms were way ahead of the legislation. But the DfT estimates 700,000 UK cars are incompatible with E10 due to its higher ethanol content potentially damaging rubber, alloy and plastic parts.  Go to the DfT’s compatibility checker (www.gov.uk/check-vehicle-e10-petrol) if you’re concerned.

A: E5 is still offered in the form of super-unleaded. People with incompatible cars should use super-unleaded, although this brings extra costs. Protective additives are also available.

Q:  What happens if my car can’t run on E10 but I fill up with it by mistake?

A: Cars that can’t use E10 should still run, but the extra solvents in the fuel can cause damage to fuel pumps, lines and carburettors, especially in the long term.

Q: Why is E10 already at petrol stations?

A: Stations had to make E10 their standard grade of unleaded by 1 September 2021. Petrol labelling rules are strict, so if you see E10 on the pump, that’s what you’re getting.

A: E10 petrol will not be any more expensive than the E5 unleaded fuel it’s replacing but it will increase the cost of filling up for owners of those cars that can’t use E10 because they will be forced to use super unleaded fuel which will remain E5.

A: The DfT says using E10 petrol can “slightly reduce” fuel economy, but only by around one per cent.

A:  There may be a slight reduction, but this is likely to be offset by an increase in fuel consumption. The real CO2 savings come from the crops grown for the fuel.

Q: What is ethanol?

A: Ethanol is a form of alcohol, and the ethanol in E5 and E10 petrol is bioethanol, meaning it is a renewable fuel derived from growing and fermenting crops such as sugar, wheat and maize. Increasing the ethanol content in petrol brings a reduction in carbon dioxide because ethanol produces less CO2 than petrol when burnt and because the crops are grown to produce it absorbs CO2 from the atmosphere.

Q: What happens if you use E10 in a non-compatible car?

A: The consequences of running an incompatible car on E10 can be severe, as James Elliott, editor-in-chief of Auto Express’s sister title, Octane, explained: “These fuels make short work of rubber and fuel lines in older cars. It happened on one of my classics when a

section of fuel line perished prematurely and started spewing petrol everywhere. I was lucky that it was spotted and could be made safe on the spot, but I am concerned that not everyone will be so lucky. Any fuel damaging seals and lines that prevent fuel from reaching the hottest parts of the engine is a serious fire risk, and a potential danger to classic cars and their owners.”