Data from the European Federation for Transport and Environment (T&E) says electric car models will grow from just 98 to 214 by the end of 2021. The group says manufacturers will bring a total of 92 fully-electric cars and 119 plug-in hybrid models to the car market over the next two years.

T&E claims production plans for other cars will dramatically fall with just 9,000 fuel cell cars forecast to be made by 2025 compared to 4 million electric vehicles.

Data from the group revealed Volkswagen is expected to top the market by the end of 2021 with 41 vehicles set to be available to consumers.

T&E data shows the German manufacturer currently has just 23 electric cars but will almost double this over the next couple of years.

This comes after Volkswagen announced they expect to reach their production target of one million vehicles two years ahead of schedule. 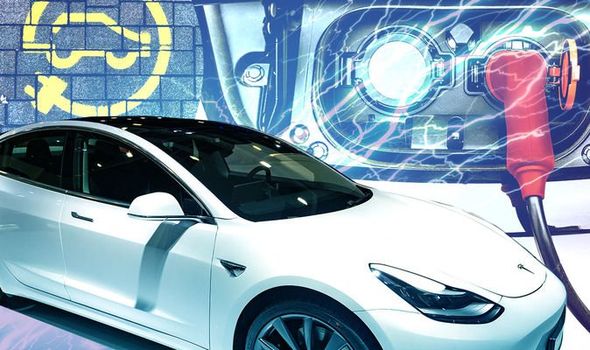 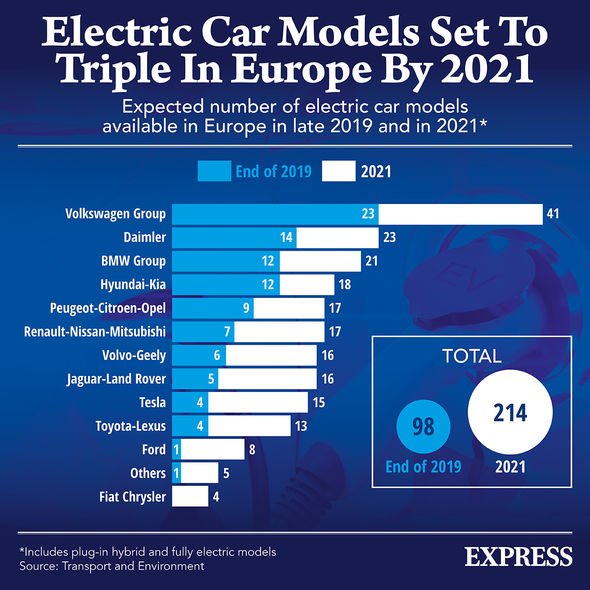 The momentous figure was set to be beaten in 2025 but the group says this will now happen at the end of 2023 with an extra half a million cars in circulation by 2025 now possible.

Volkswagen’s latest fully-electric model is set to be one of the most affordable on the market with the ID.3 offering a starting figure of around £30,000.

T&E data shows Daimler will have the second-largest number of electric cars for sale by the end of 2021 with 23 models set to be in circulation.

BMW will more than double their range from 12 vehicles to 21 with Jaguar Land, Tesla and Toyota also set to see massive production increases.

DON’T MISS
Ford’s new SUV will be called a Mustang  [VIDEO]
Top 10 best electric cars for sale in 2020 [PICS]
Car ban: This UK city could be set to ban your car from its roads [ANALYSIS] 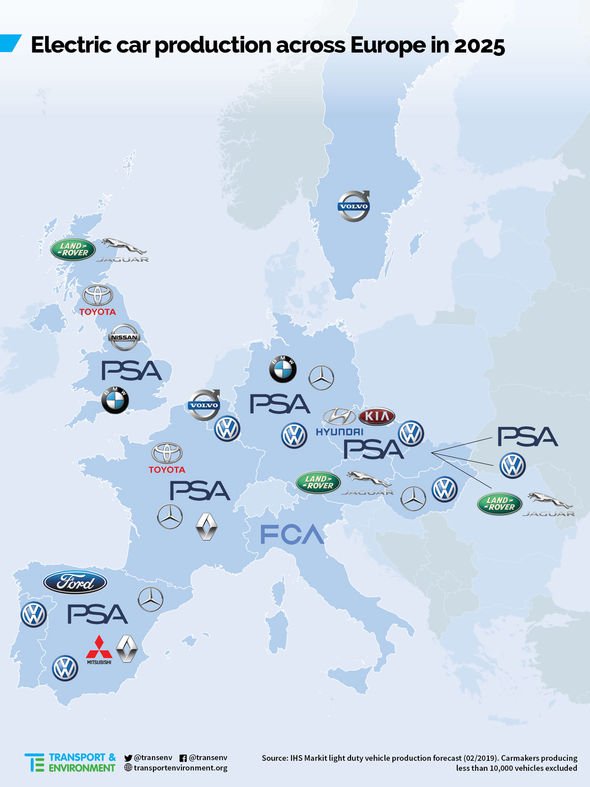 The data shows Jaguar Land Rover will more than triple their electric car products over the next two years from just five models to 16.

Tesla will almost quadruple their model output to 16 vehicles as highly-sought-after designs such as the Tesla Model Y and Cybertruck hit the market.

Renault will aim to follow up the success of their award-winning Zoe design with an extra ten vehicles by 2021.

T&E analysis revealed Slovakia is forecasted to build the highest number of electric cars per capita by 2025 with the Czech Republic and Hungary also tipped to be major production regions.

Lucien Mathieu, transport and e-mobility analyst at T&E said: “This is a pivotal moment for Europe’s automotive industry.

“Carmakers are investing €145 billion in electrification, and battery making is finally coming to Europe. Success in this area is a top EU industrial priority.

“We need to send a clear signal to industry that there is no way back, and agree a phase-out of petrol and diesel car sales in cities, at national and EU level. The age of the combustion engine is coming to an end.”

T&E analysis revealed Ford will have eight electric vehicles on the market by 2021 despite only having a couple of cars in the pipeline. 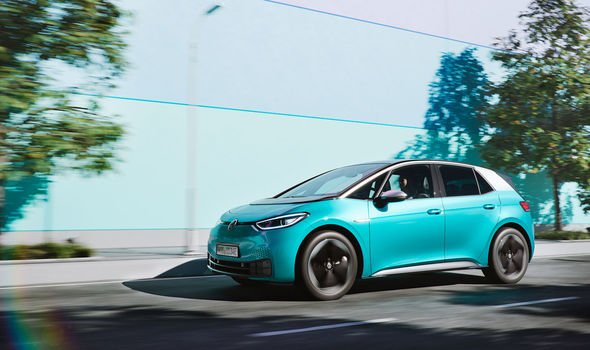 This is compared to 2019 sales of almost 1.5 million for petrol models and over 500,000 diesel cars as traditional models still dominate the mindsets and wallets of buyers.