He said private investors could be tempted to come on board and fund the scheme due to its commercial viability.

Introducing charging technology inside a road would dramatically cut the demand for charging stations and could see take-up of vehicles rise.

Dan Martin, CEO of electric car exports electronics, told Express.co.uk: “We have technologies in development such as ‘dynamic induction charging’ in which vehicles can charge whilst on the move.

“As a country we should really be looking at how this technology can be integrated into motorways, particularly to help haulage operators charge whilst maintaining uptime.” 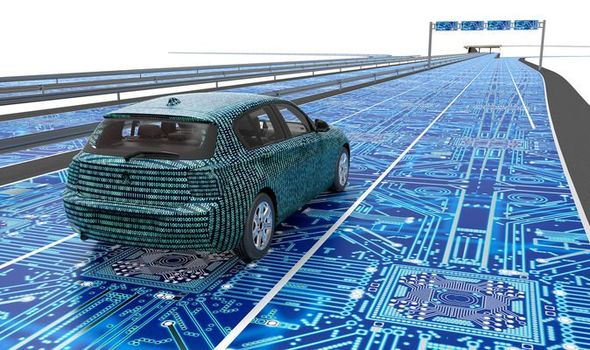 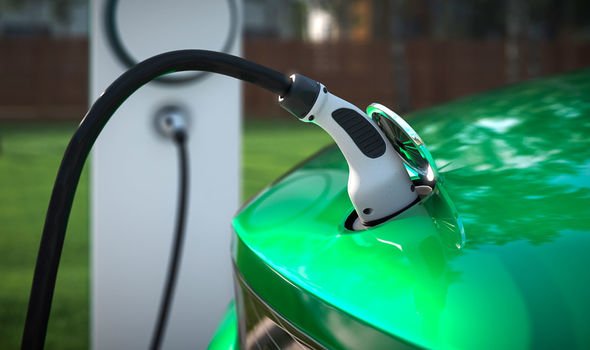 He added: “The motorway of the future is going to be a very different place, it will be much more efficient, cleaner and a safer place to be.”

Induction technology is already starting to creep into the electric car market with motorists now able to buy products such as electric charging pads for their vehicles.

Nottingham City Council has taken a lead on the idea and is currently trialling technology which charges the batteries of parked taxis in the city while they wait for customers.

The idea would work with magnetic coils installed inside the road and some located on the side of the vehicle.

Power would be generated and transferred between an air gap once the coils are directly aligned.

Another expert believes charging stations could soon be capable of charging cars for up to 3,000 miles after just a short trip to a charging bay.

Professor John Cushman says new refillable technology could provide power for a vehicle to travel thousands of miles on one update.

The idea works by replacing the fluid in the vehicle batteries every 300 miles and then replace the anode material every 3,000 miles.

The technology means road users would not need to wait around for hours to charge a car and could get on with journeys in what could seem like the blink of an eye.

Mr Cushman said: “We are at the point now where we can generate a lot of power. More power than you would ever guess could come out of a battery like this.

“It is the full circle of energy with very little waste.”

The technology is currently being trialled on golf cars and scooters in the hope this could soon be available to the electric car market. 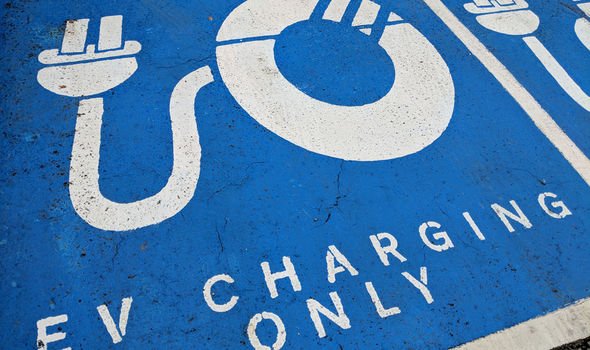 Mr Cushman says any used battery fluid can also be collected and taken to a solar farm or wind turbine to be reused.

He stressed the components were safe to be stored at home and claimed the technology was stable enough to meet major production standards.

Charging station infrastructure is set for a massive boost as the government tries to drive further uptake of fully-electric models.

Transport Secretary Grant Shapps already claimed there are more charging stations than petrol stations across the UK. He announced the government are spending £1.5billion on improving the infrastructure.

The vast upgrades come after surveys suggest ‘range anxiety’ – running out of charge and unable to find a rapid charging station – is putting many of purchasing an electric car.

The AA recently told Express.co.uk charging infrastructure would need to be increased if the government pressed through with plans for a petrol and diesel car ban by 2035.