Home » Car Reviews » Europe: Plug-Ins And SUVs Are The Hottest Segments In May 2021

Europe: Plug-Ins And SUVs Are The Hottest Segments In May 2021 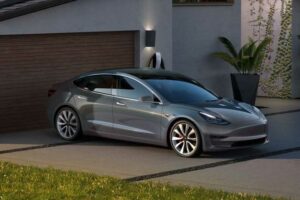 Plug-ins takes 16% of the market, while crossovers/SUVs expanded to almost 45%.

Passenger car sales in Europe (26 European markets, monitored by JATO Dynamics) rebounded by 73% year-over-year in May to over 1.07 million, however the volume remains 25% below May 2019.

The plug-in segment on the other hand is far, far beyond where it was a year ago and two years ago. In total, some 171,415 plug-ins were registered in May, which is a 279 % increase year-over-year.

Both all-electric and plug-in hybrid vehicles are racing almost head-to-head:

Another interesting finding is that crossover/SUVs are dominating the market with nearly 45% market share. The manufacturers that combine the two hottest elements – EVs and crossover/SUVs – will win tremendously. Here is where the Volkswagen Group’s big gains come from and where Tesla is lagging, due to the not-yet-introduced Tesla Model Y.

“It has become clear that having the right offering across both of these segments will be crucial to the success of OEMs over the coming years.”

Among plug-in hybrids, the Ford Kuga PHEV (Ford Escape PHEV in the U.S.) was the number one, which suggest that this time it might win the 2021 best seller title among PHEVs.

Next month will be very interesting, as the top-selling models, especially Tesla Model 3 in its usual high delivery month, probably will break into the top 10 overall.