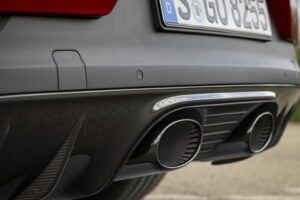 The European Union is set to propose that all vehicles sold in Europe are to be zero emissions from 2035, according to a Bloomberg report. The regions regulatory organisation, the European Commission plans to require emissions from new passenger cars and vans to be reduced by 65% from 2030, before the eventual zero target from 2035, Bloomberg News cites from an EU document.

This is part of Europe’s broader aim of becoming the first continent to achieve net-zero emissions by 2050, which will require the overhauling of all areas of its economy, with the transport and industry sectors posing the greatest challenges, the report said.

At present, passenger cars account for around 12% of total CO2 emissions in the European Union, and the new regulations, if passed, would mean significantly tighter regulations compared to existing ones, which already require a 37.5% reduction for passenger cars from 2030 as a fleet-wide emissions target.

The new targets will be difficult to achieve, even with plug-in hybrid vehicles, and it is expected that the proposed new policy will further drive the growth of battery-electric model ranges from manufacturers. That said, “these targets should not come as a surprise, although they clearly require an accelerated shift,” Barclays automotive analyst Kai Alexander Mueller wrote in a report cited by Bloomberg.

Audi has confirmed the discontinuation of internal combustion engine production by 2033, while Volkswagen will stop selling ICE vehicles by 2035

The path for this proposal appears to have already been partly cleared, as Volkswagen has already confirmed the phasing out sales of vehicles with internal combustion engines – that is, anything other than fully electric – by 2035. Sister brand Audi is pointing in the same direction, having confirmed the discontinuation of petrol and diesel engine production by 2033.

In the case of Audi, this move will be preceded by only launching purely electric models from 2026 onwards, however the Ingolstadt-based brand still expects China to continue buying models with petrol and diesel engines beyond the 2033 ICE production halt.

Acccording to the Bloomberg report, the European Union will this week propose strengthening and expanding its carbon market, revise energy taxation rules to discourage the use of fossil fuels and impose the world’s first climate levy on certain emissions-intensive goods brought into Europe. This proposal also aims to include tighter climate targets for EU member states not covered by the carbon market, it said.

Dubbed Fit for 55, the package under the European Green Deal is planned for unveiling on July 14 will also include a proposal for the EU to increase the share of energy its receives from renewable sources to 40%, up from the current proportion of 32%, according to the document.

Revisions to the law for renewable energy in the region will set targets for sustainable fuels for transport, heating and cooling, as well as buildings and industry, according to Bloomberg.

In order to aid mainstream adoption of electric vehicles, a regulation on alternative fuels will require member states of the EU to ensure the installation of EV charging points every 60 km on major highways, while refuelling points for hydrogen-powered vehicles will need to be located at intervals a maximum of 150 km. The document may still change before it is officially adopted by the European Commission, Bloomberg noted.