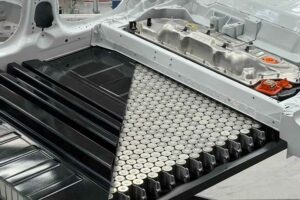 Battery prices have plummeted over the years, and it seems they may keep falling at an impressive rate, though there may be spikes. While an uptick in the demand for something, in addition to its scarcity or its difficulty to find and/or produce typically leads to a rise in prices, that’s not the case with EV batteries, at least over the longer term.

In the midst of a global pandemic, a global chip shortage, massive shortages of many products, and rising prices on almost everything, EVs are catching on, and lithium-ion battery pack and cell prices are falling. The drop in battery prices is due in part to a rise in the search and extraction of key raw materials, a rise in battery makers and their production efforts, subsidies, and a number of other factors.

The pack prices were averaged from several different uses, such as passenger electric cars, buses, and battery storage projects. If we isolate just EV battery packs, the price per kWh comes in at $118. Moreover, breaking it down to the cell level puts the average price at just $97 per kWh. Green Car Congress says this shows that 82 percent of a total EV battery pack’s price is related to the cells alone.

While this is all positive news, the survey suggests that prices could rise marginally. In fact, though prices are down for the whole of 2021, in the second half of the year, prices are rising. Head of metals and mining at BloombergNEF Kwasi Ampofo explains:

“Although battery prices fell overall across 2021, in the second half of the year prices have been rising. We estimate that on average the price of an NMC (811) cell is $10/kWh higher in the fourth quarter than it was in the first three months of the year …”