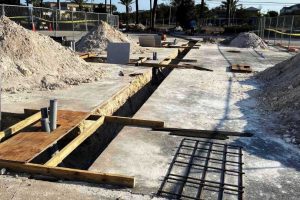 The first out of many charging stations is under construction.

EVgo has shown a few photos of the construction of the first fast-charging station in partnership with General Motors, announced in Summer 2020.

The site is located at Volusia Mall, near Daytona International Speedway in Florida, and as we can see, it will be equipped with multiple individual chargers.

According to the agreement, more than 2,700 fast chargers will be installed in the U.S. by 2025. That’s about 675 stations (assuming 4 single-plug chargers per site on average).

“We’re committed to investing in EV infrastructure and are excited to see this project underway. When it’s completed, our collaboration with @evgonetwork will have had added 2,700 public fast-chargers to cities and suburbs across the U.S. by the end of 2025.”

For the EVgo network, it’s a major growth opportunity, as the number of chargers is expected to triple.

The company is also seeking other ways to expand, including the most recent announcement about the addition of Tesla connectors in many existing and new locations.

Currently, the network includes more than 800 fast-charging stations in more than 67 metropolitan areas across 34 states. The number of registered customers exceeds 220,000.