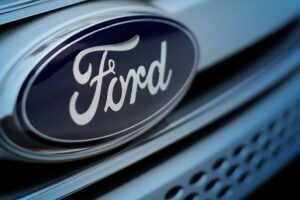 Ford has announced that it is ceasing vehicle manufacturing operations for the India market effective immediately. Manufacturing at the Sanand vehicle assembly facility for export markets will end by the fourth quarter of this year, while engine and vehicle and assembly plants in Chennai will halt operations by the second quarter of 2022, it said.

“Despite investing significantly in India, Ford has accumulated more than $US2 billion (RM) in operating losses over the last 10 years, and demand for new vehicles has been much weaker than forecast,” said Ford president and CEO Jim Farley.

The Blue Oval will however continue to import relatively lower volume models for local sale in India, such as the Mustang, and will receive the all-electric Mustang Mach-E in the future. Sales of current India-market models such as the Figo, Aspire, Freestyle, EcoSport and Endeavour will halt once existing stock has been sold, it said.

As the manufacturer is downsizing its vehicle manufacturing operations, it is growing its Business Solutions division with more software developers, data scientists, R&D engineers as well as finance and accounting personnel.

Ford’s India-market cars, the EcoSport, Figo and Aspire will be discontinued

According to Autocar, the main reason that manufacturing operations at the Sanand and Maraimalai Nagar facilities are ended is that capacity utilisation has been unsustainably low. The two plants have a combined annual capacity of four million units, however the automaker has only managed to produce 800,000 vehicles, or 20% of that total, and half of that earmarked for export, the magazine wrote.

Around 4,000 employees are expected to be affected by the restructuring, and Ford said it will work closely with employees, unions and local government as well as other stakeholders in Chennai and Sanand to mitigate the effects of the decision.

Meanwhile, Ford India will also maintain its parts depots in Delhi, Chennai, Mumbai, Sanand and Kolkata, and a smaller network of suppliers will be maintained in support of engine manufacturing for exports. Ford’s global products will continue to rely on India-based suppliers for parts, it said.