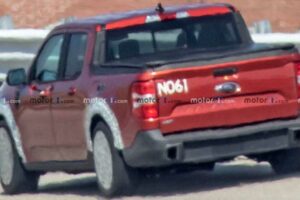 Until now, the possibility of a Ford Maverick ST was only a rumor. This gallery of spy photos might be our first opportunity to see the performance-focused truck in the real world. It’s on the track at the Blue Oval’s proving grounds.

The best evidence that this is the Maverick ST is at the rear of this truck. The pickup has a modified rear bumper with cut-out sections on each side. If you look closely at some of these photos, there appears to be an exhaust pipe in each one. This is notable because the model currently comes with a single outlet. 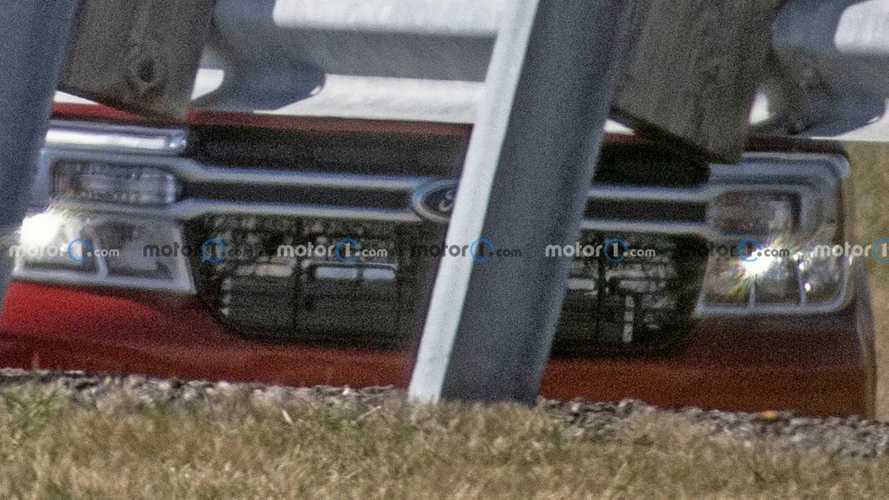 You can spot another interesting detail by looking behind the front grille. What appears to be an extra intercooler is there or perhaps just a relocated place for the part. Regardless, it seems like this Maverick’s powertrain needs extra cooling for some reason. A better-performing powertrain is one possibility for making this change.

Ford also puts camouflage around the wheel wells. Despite the covering, it looks like fenders stick out farther than the current versions of the Maverick. Widening the arches is something automakers commonly do when creating performance-oriented products because the model has a brawnier look, and the company can fit broader wheels.

All of the wheels have camouflaged covers.

The rumor about the Maverick ST from August 2021 indicated that Ford was monitoring the market to see whether the sporty model was a good fit. This was hardly a confirmation of the vehicle, but the company wasn’t shutting down the possibility, either.

We don’t think that this is the rumored Maverick Rattler. Spy shots show that model with parts like a revised front fascia, skid plate, and a higher ride height. It might also have a more powerful engine, but the pictures show a single exhaust pipe, rather than two.

Ford filed for a trademark for “Rattler” on June 28, 2021. As of this writing, the United States Patent and Trademark Office lists the application as “Under Examination.”