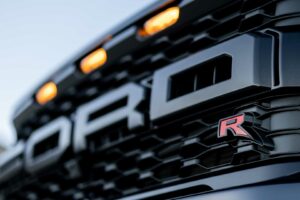 Modern cars rely on some pretty advanced technologies to “see” around them. Blind-spot monitoring, lane-keep assist, and automatic emergency braking with pedestrian detection are just a few designed to reduce collisions and save lives, but Ford wants to go further. The Dearborn-based automaker has announced it’s exploring smartphone-based technology designed to reveal pedestrians hidden from a vehicle’s view.

Camera systems and radar require line-of-sight detection, meaning people, bicyclists, and others obscured from view aren’t detectable. Ford wants to change that with a new smartphone-based communications technology that would allow Ford vehicles to detect such people via Bluetooth Low Energy technology. The Blue Oval isn’t venturing on this endeavor alone, partnering with Ohio State University, T-Mobile, Tome Software, Commsignia, and PSS to research its viability.

BLE would allow Ford vehicles to differentiate between pedestrians and bicyclists, which saw traffic fatalities rise in 2021. The Center for Disease Control estimated that in 2020 there were 104,000 emergency room visits of pedestrians treated for non-fatal crash-related crashes. According to the National Highway Transportation Safety Administration, bicyclists’ fatalities increased to an estimated 1,000 last year.

Ford, a founding member of the Vulnerable Road User Safety Consortium, is already imagining how to expand the technology beyond pedestrians and bicyclists. The technology could help alert Ford vehicles to construction zones and construction workers.

BLE works by creating a wireless network around a person that can communicate with other BLE devices. Often such communication requires pairing the two devices, but Ford will use the tech as a beacon that doesn’t need it, allowing vehicles to sense multiple BLE devices.

Ford didn’t say when it could implement this technology into its vehicles, as the smartphone app is a concept at the moment, but it’s not that hard to imagine. The world continues to get more connected, and improvements to digital communication technologies will further it.