Ford, Volkswagen To Collaborate For Building EVs And Autonomous Tech Ford Motor Company and Volkswagen AG today announced that they are expanding their global alliance to include electric vehicles – and will collaborate with Argo AI to introduce autonomous vehicle technology in the U.S. and Europe. Volkswagen CEO Dr. Herbert Diess, Ford President and CEO Jim Hackett as well as Argo AI CEO Bryan Salesky announced Volkswagen is joining Ford in investing in Argo AI, the autonomous vehicle technology platform company.

Working together with Ford and Volkswagen, Argo AI’s self-driving system (SDS) will help all stakeholders to expand deployment potential of any autonomous driving technology to date. Volkswagen and Ford independently will integrate Argo AI’s SDS into purpose-built vehicles to support the distinct people and goods movement initiatives of both companies.

Volkswagen will invest $2.6 billion in Argo AI by committing $1 billion in funding and contributing its $1.6 billion Autonomous Intelligent Driving (AID) company, which includes more than 200 employees – most of whom have been developing self-driving technology for the Volkswagen Group. 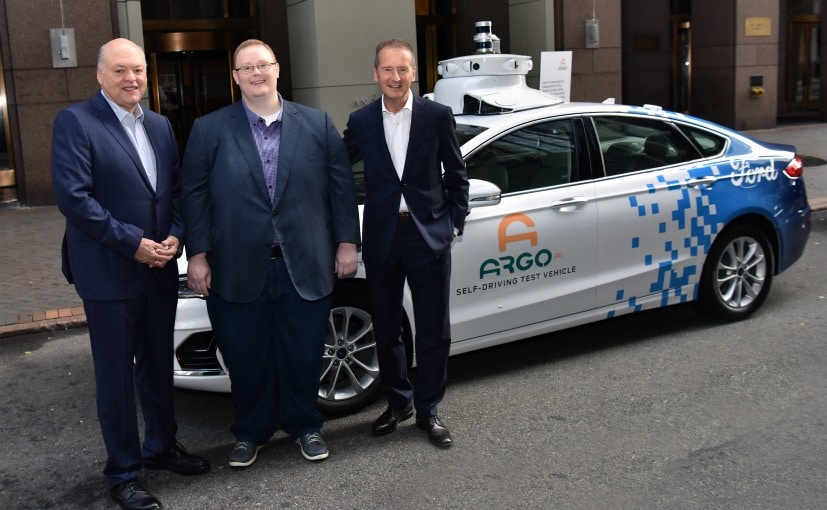 As part of the transaction, Volkswagen also will purchase Argo AI shares from Ford for $500 million over three years. Ford will invest the remaining $600 million of its previously announced $1 billion cash commitment in Argo AI. The full transaction represents a valuation for Argo AI that totals more than $7 billion.

Argo AI’s focus remains on delivering a SAE Level 4-capable SDS to be applied for ride sharing and goods delivery services in dense urban areas. Ford and Volkswagen will have an equal stake in Argo AI, and combined, Volkswagen and Ford will own a substantial majority. The remainder will be used as an incentive pool for Argo AI employees. The full transaction is subject to regulatory approvals and closing conditions.

Beside this Ford will become the first additional automaker to use Volkswagen’s dedicated electric vehicle architecture and Modular Electric Toolkit – or MEB – to deliver zero-emission vehicles in Europe starting in 2023. 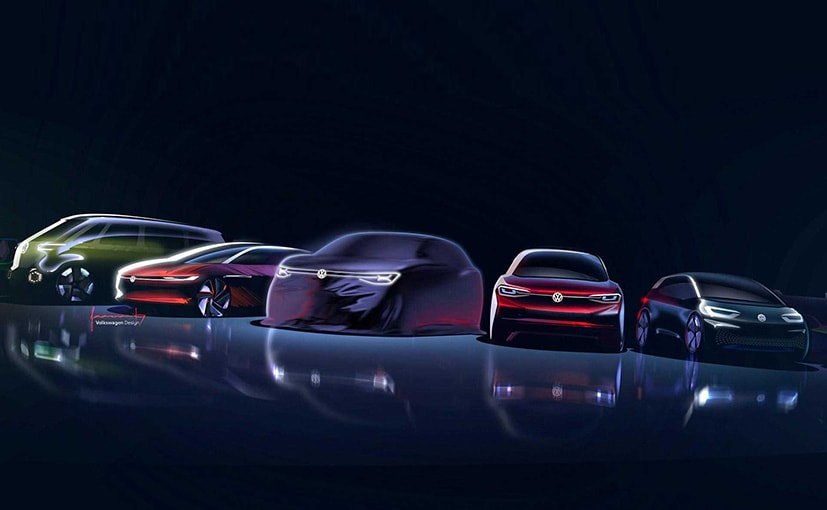 Ford expects to deliver more than 600,000 European vehicles using the MEB architecture over six years, with a second all-new Ford model for European customers under discussion. This supports Ford’s European strategy, which involves continuing to play on its strengths – including commercial vehicles, compelling crossovers and imported iconic vehicles such as Mustang and Explorer.

For Ford, using Volkswagen’s MEB architecture is part of its more than $11.5 billion investment in electric vehicles worldwide – and supports Ford’s commitment to offer its European customers a broad range of electric vehicles while meeting its sustainability commitments.

Ford President and CEO Jim Hackett said, “While Ford and Volkswagen remain independent and fiercely competitive in the marketplace, teaming up and working with Argo AI on this important technology allows us to deliver unmatched capability, scale and geographic reach. Unlocking the synergies across a range of areas allows us to showcase the power of our global alliance in this era of smart vehicles for a smart world.”

The alliance, which covers collaborations outside of Volkswagen and Ford’s joint investments in Argo AI, does not entail cross-ownership between the two companies and is independent from the investment into Argo AI. The alliance is governed by a joint committee, which is led by Hackett and Diess and includes senior executives from both companies.

The companies also are on track to deliver medium pickup trucks for global customers, aiming to start in 2022, followed by commercial vans.