Fuel prices were recorded at 99.7p per litre at the Murco service station on the A435 between Kings Heath and Maypole. It’s the first time prices have been this low since January and February 2016 as prices tumbled amid the coronavirus epidemic.

The fall to £1 per litre was predicted by the AA last week as oil production remained high despite a slump in demand.

Luke Bosdet, AA fuel price spokesman said: “The AA predicted yesterday (Wednesday) that £1 a litre would return to UK forecourts after a collapse in the oil price sent the wholesale cost of petrol heading towards fuel stations below even its lowest point in 2008.

“In the 2008-2009 price crash, it was also two independent forecourts, one in Scotland and one in the Midlands, that first broke below the £1 a litre mark.” 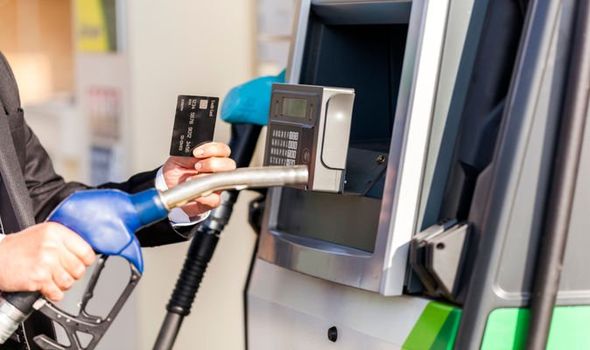 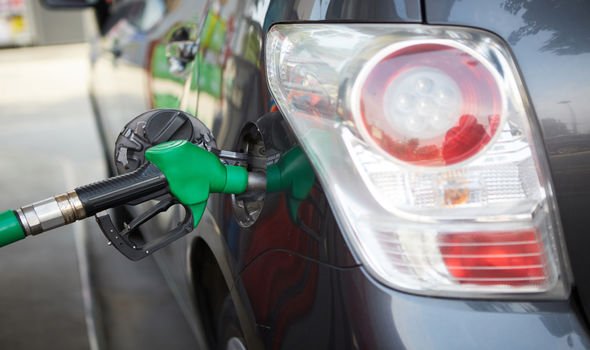 Government data has revealed petrol and diesel prices have declined for seven consecutive weeks with average UK costs now below 120p per litre.

Average petrol costs now stand at 119.64p per litre with diesel priced at 123.41pence per litre.

Petrol costs stood at a massive 127.33p at the end of January before the major decline as demand for oil fell globally.

The cost remains higher than the £1 per litre reduction because many retailers have failed to cut costs for motorists despite the wholesale cost falling.

Morrisons and Asda dropped prices by 12p per litre last week in a dramatic move but other supermarkets are yet to follow suit.

Luke Bosdet, AA fuel spokesman said: “We expect other retailers to follow shortly. However, drivers need to remember that falling pump prices shouldn’t be an incentive to break the ‘lockdown’.

“But, where there is a chance to cut costs for beleaguered households whose income has fallen dramatically due to the impact of coronavirus, cheaper petrol and diesel is very welcome.”

Last week, campaigners at FairFuel UK claimed retailers could reduce pump prices by up to 30p per litre extra amid the crisis.

Their comments came after the RAC said drivers could expect to see prices of around 104p per litre at supermarket forecourts shoerly.

However, the recovery group did say there was a darker side to cuts as independent forecourts may become hard pushed to reduce their prices to help stay in business.

The AA have also revealed a slower drop in overall pump prices compared to the 2008 financial crisis.

They say in 2008 average prices dropped by around 2p per litre on three successive weekends as forecourts engaged in a price war. 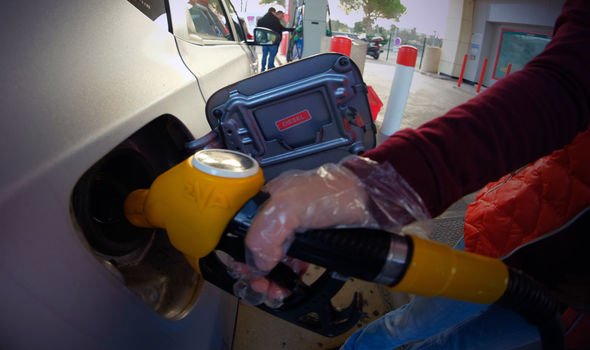 Mr Bosdet added: “In 2008, there was almost a race among some petrol stations to see who could get to £1 a litre first – won by two independent stations, one in Scotland and the other in the Midlands. This time, forecourts seem far less keen.

“That may be because demand for road fuel has dropped with drivers and consumers heeding the call to stay at home.

“However, providing wholesale costs remain as low as they are at the moment, the average price of petrol should be heading towards £1 a litre in the coming weeks (15.71p + 57.95p fuel duty + 9p retailer/supplier margin + VAT = 99.12p).

“Falling pump prices shouldn’t be an incentive to break the ‘lockdown’ but, where there is a chance to cut costs for beleaguered households whose income has fallen dramatically with coronavirus, it needs to happen.”

Experts have urged motorists to take extra precautions when filling up at a petrol station to avoid catching coronavirus.

Those filling up tehri cars should also maintain 2m between other road users and observe social distancing practices.

END_OF_DOCUMENT_TOKEN_TO_BE_REPLACED

END_OF_DOCUMENT_TOKEN_TO_BE_REPLACED
We and our partners use cookies on this site to improve our service, perform analytics, personalize advertising, measure advertising performance, and remember website preferences.Ok