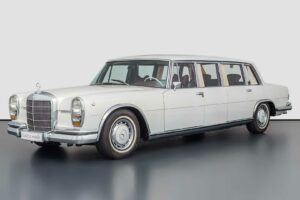 It comes with modern Maybach touches.

In case you didn’t know, the vehicle we are going to talk about in this article was officially unveiled at the 1963 Frankfurt Motor Show and immediately caused a sensation. It is the Mercedes-Benz W100 Pullman 600, a limousine that in the 60s and 70s represented the luxury excellence of the German brand.

One of these very special limousines, manufactured in 1975 for a customer from Lebanon, with metallic anthracite gray exterior paint configuration and blue leather interior, is now for sale in Europe from Mechatronik. We know you like it but you probably won’t like the asked price – €2.3 million or approximately $2.75 million at the current exchange rates. 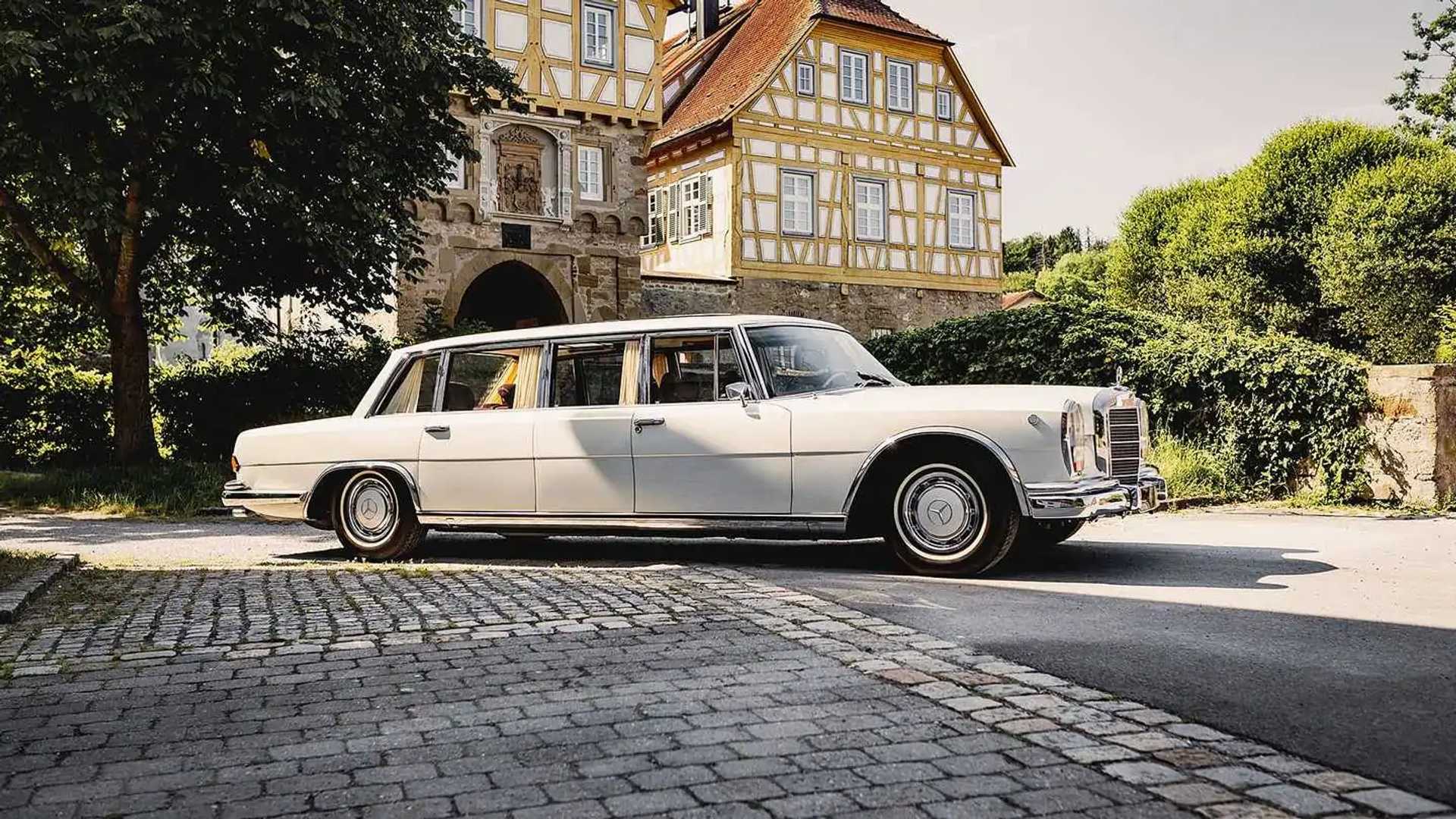 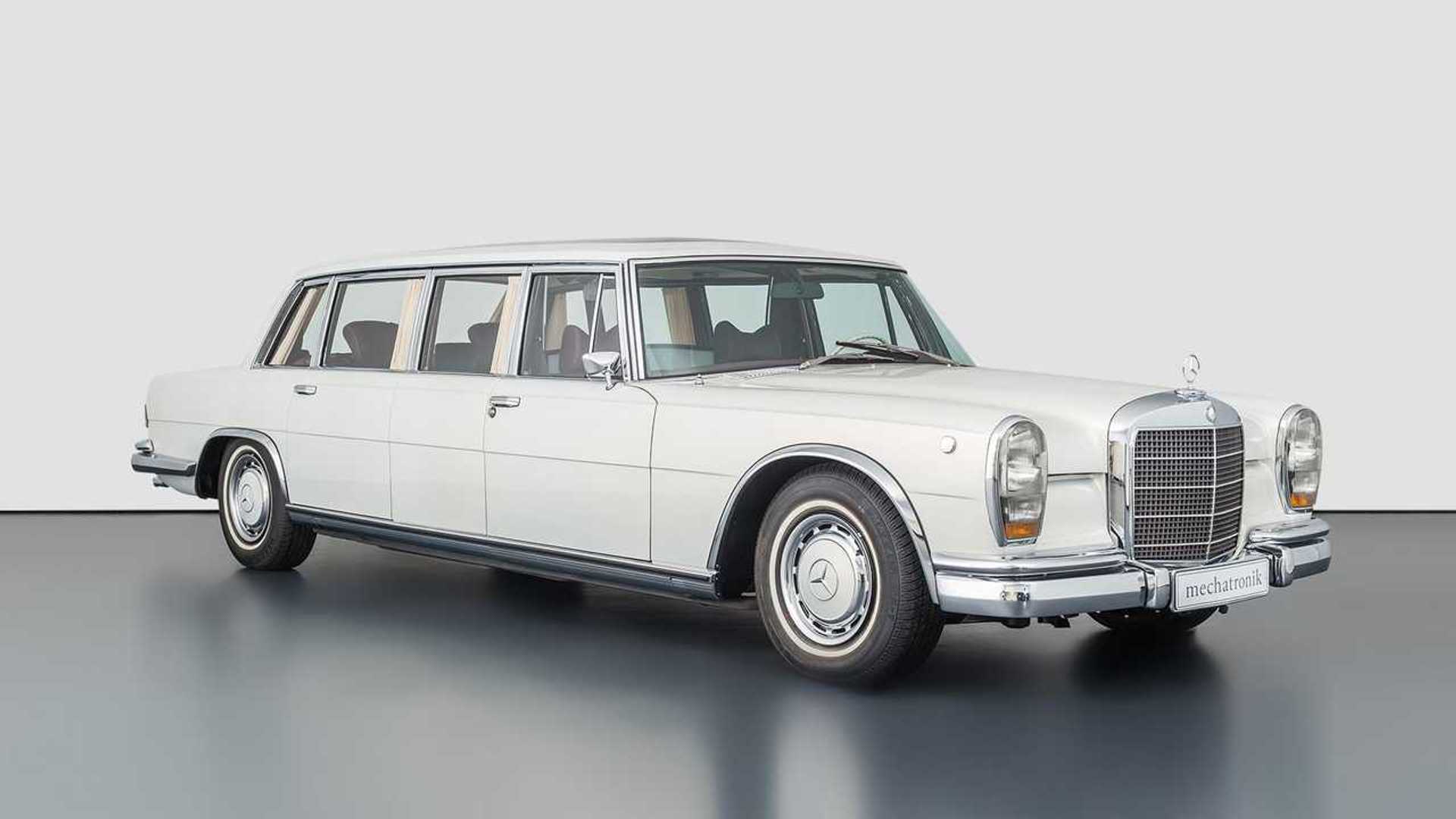 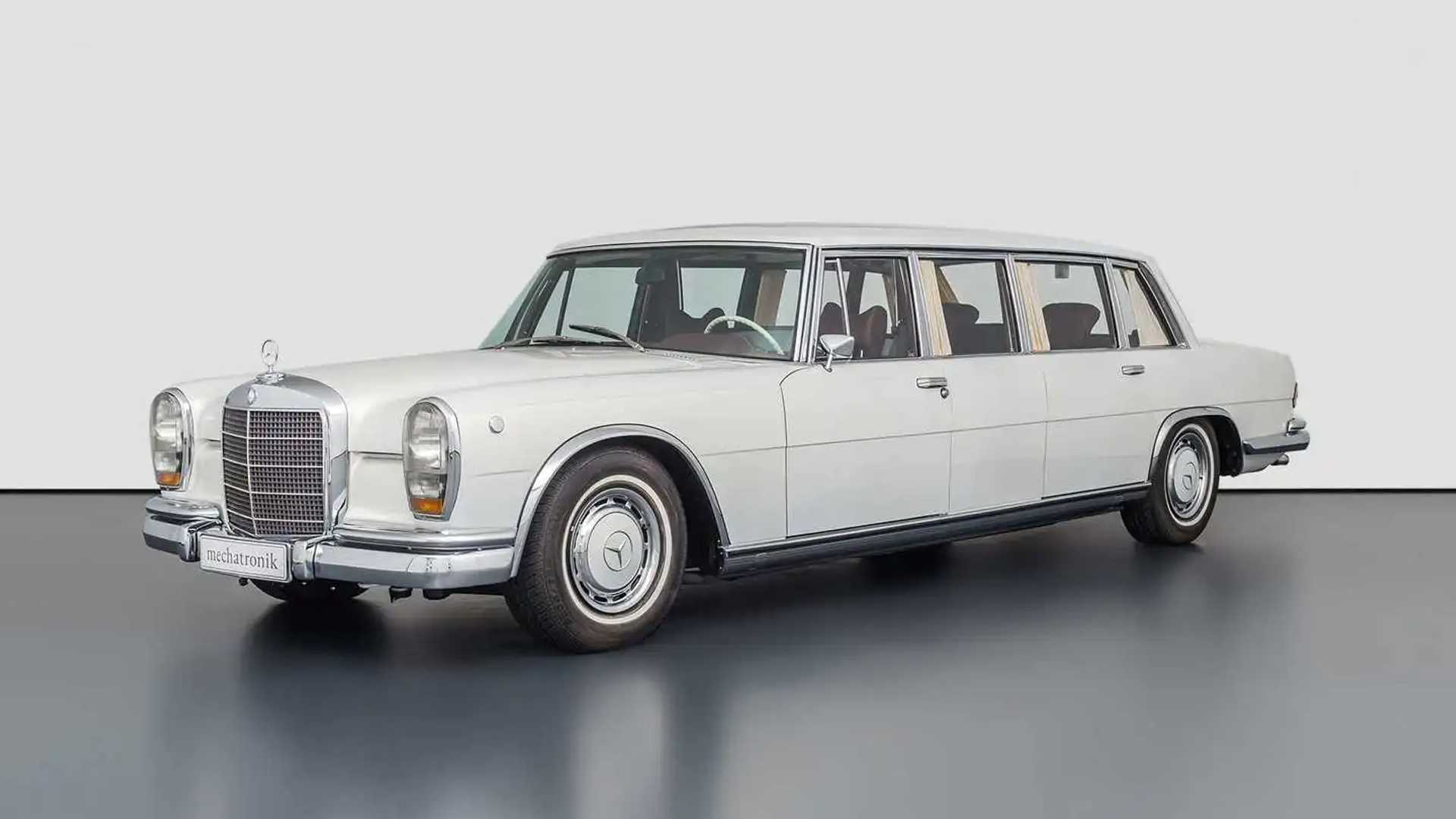 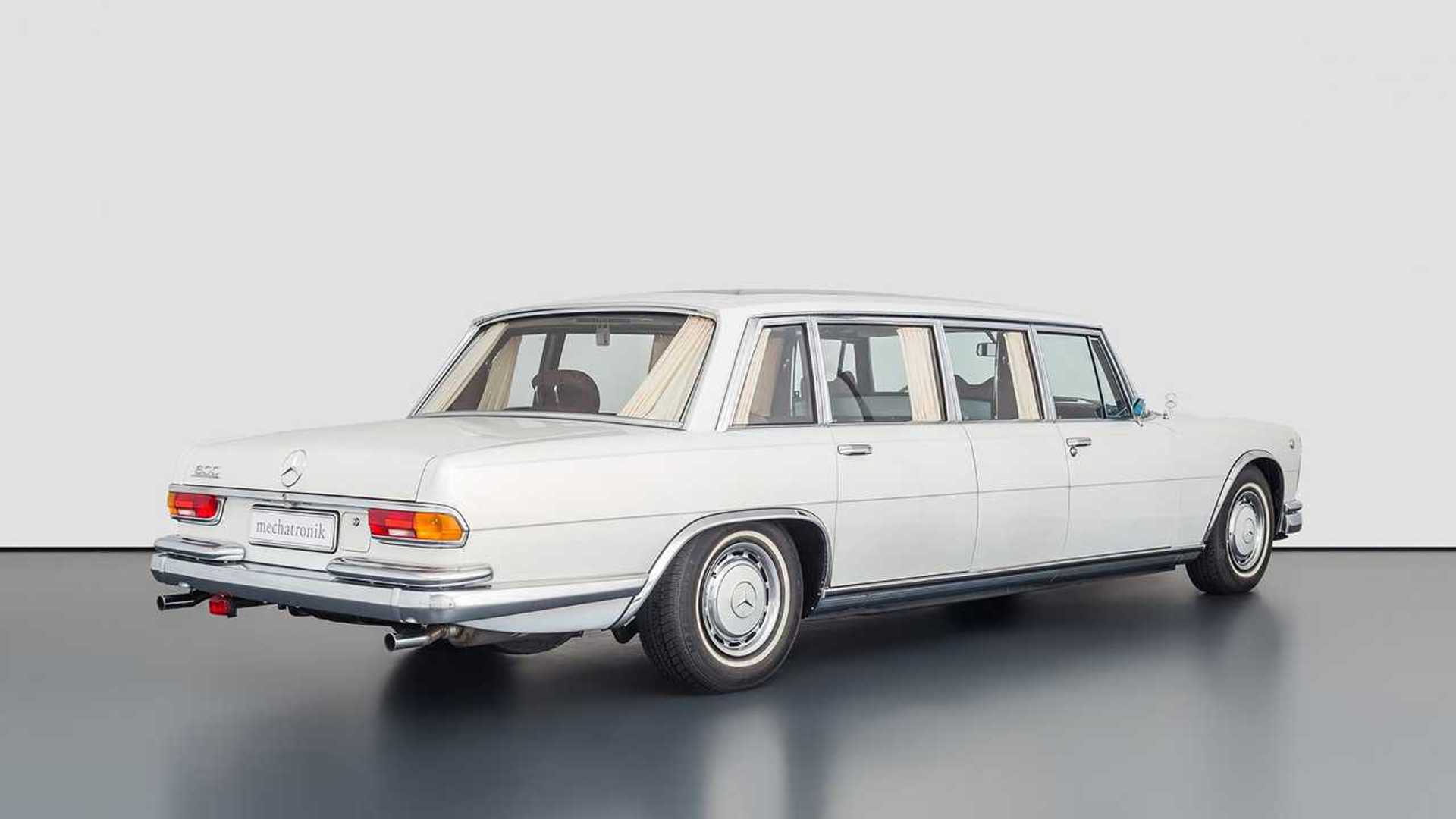 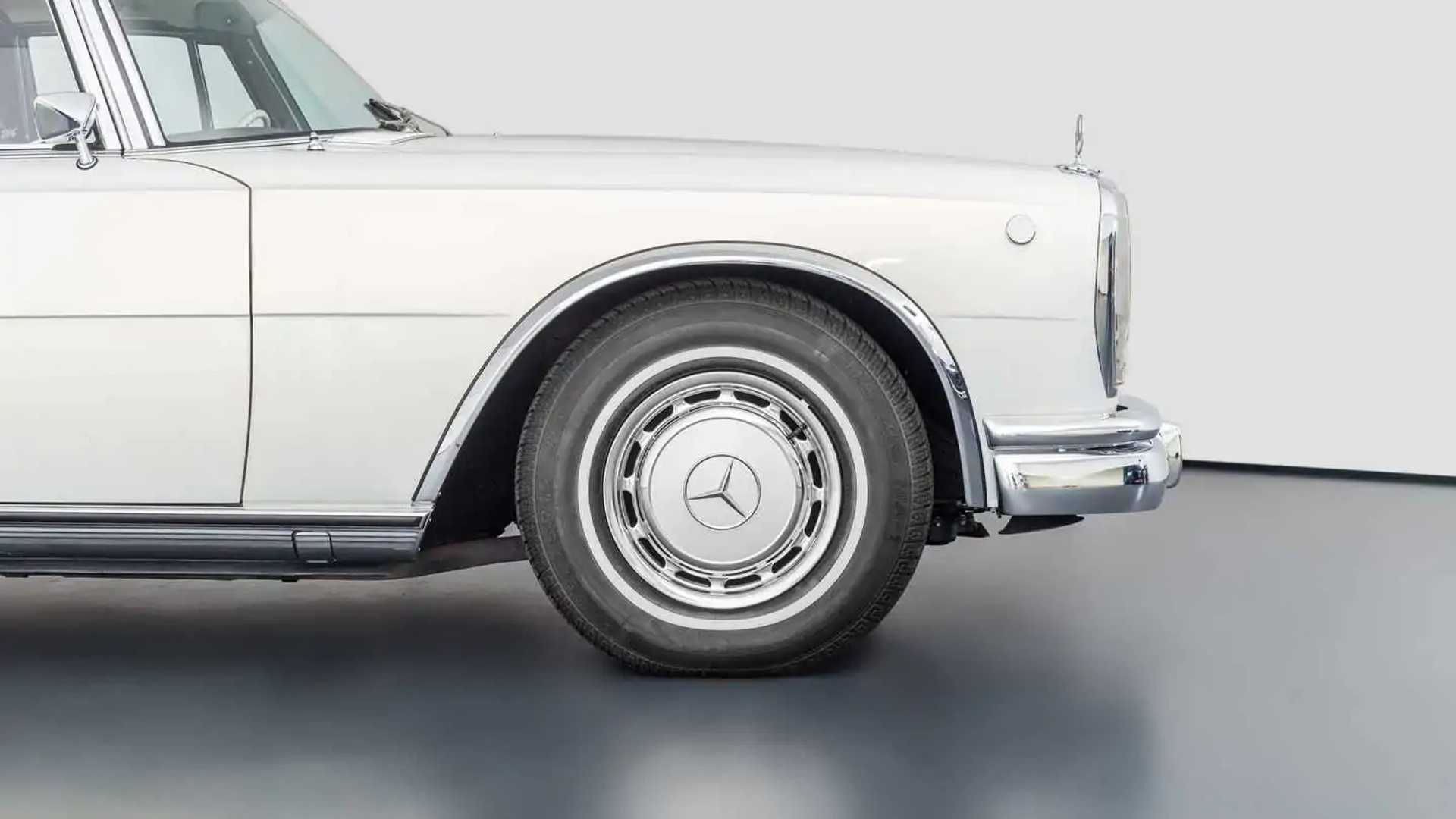 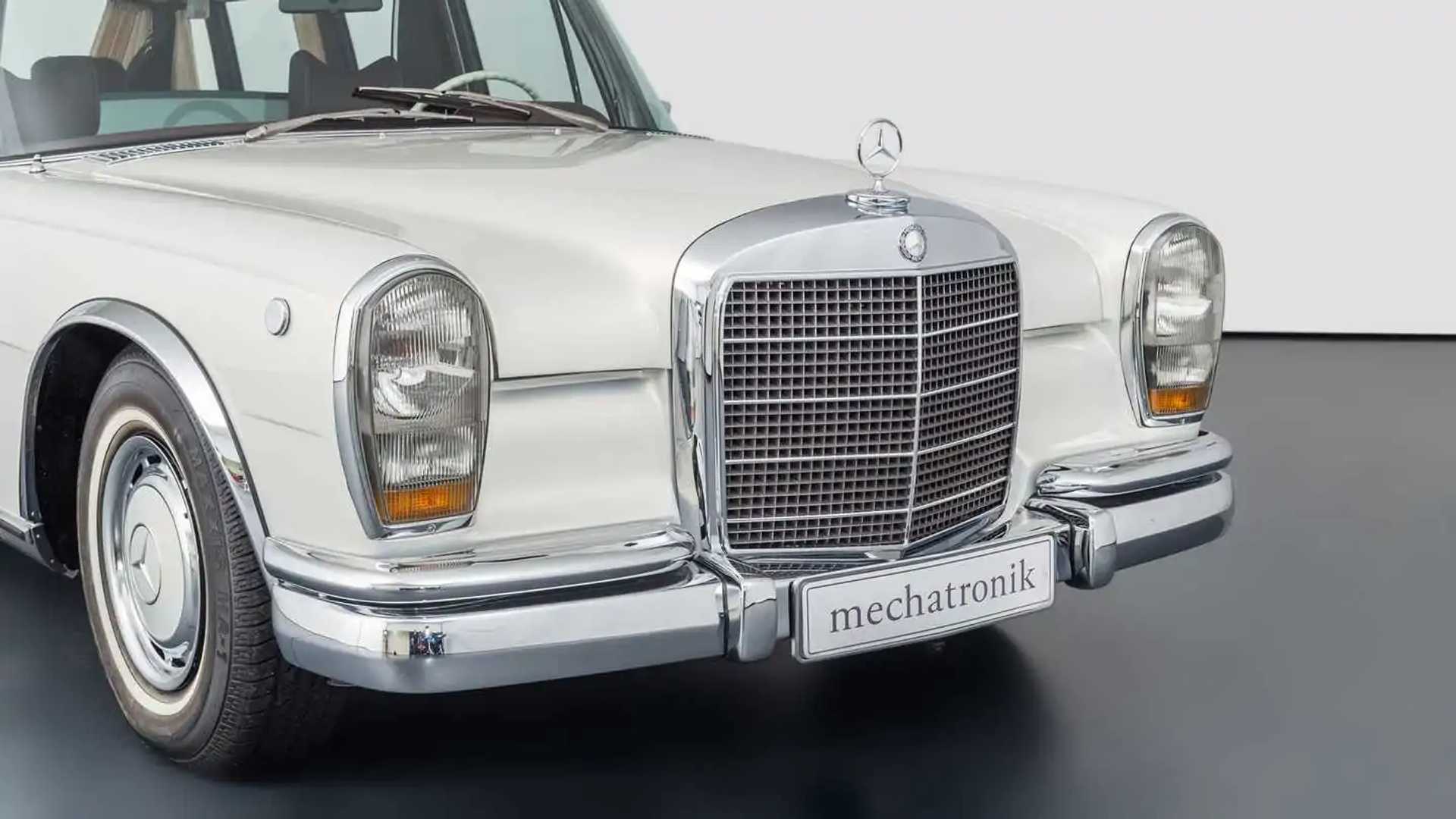 Mercedes-Benz Classic acquired the vehicle in Malaga in 2007 and subsequently began a very long and detailed restoration process. At the request of a customer, the car was completely disassembled to be restored back to its factory condition. The first important step involved the bodywork, which was completely rebuilt and later repainted by Mercedes-Benz in Stuttgart. Likewise, the engine, gearbox, and other key components were revised and the chassis was rebuilt.

The interior is unique and is made specifically for this particular Mercedes-Benz W100 Pullman with elements from the modern Maybach series. In this case, this means a glass roof, which is complemented by modern features such as an infotainment system with a touch screen. In addition, at the touch of a button, a partition panel can separate the driver and the rear seats. Front and rear cameras ensure maneuvering the massive limo is an easy job.

The seats were designed on the basis of modern Maybach seats and are hydraulically adjustable. The rear seats house the original portable cooler, as well as folding tables and a champagne container. The air conditioning system has also been redesigned to better cool off the cabin.