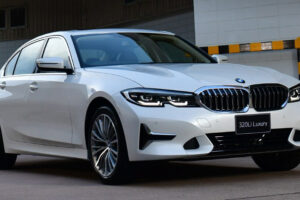 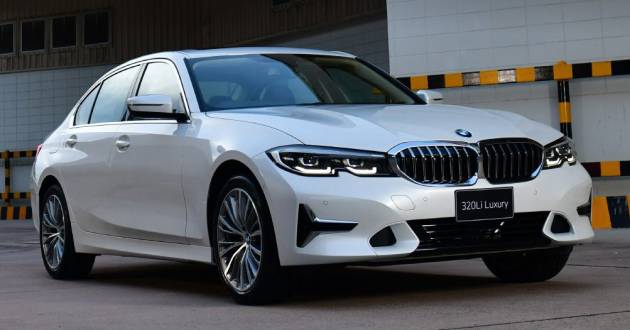 BMW Thailand has introduced a new base variant of the G28 BMW 3 Series Gran Sedan (we know it as the 3 Series LWB in Malaysia), with the 320Li Luxury joining the 330Li M Sport that has been available since February.

Priced at 2.469 million baht (RM309,420), the 320Li Luxury is considerably cheaper than the 330Li M Sport which goes for 2.899 million baht (RM363,429), with both figures inclusive of the BSI Standard package that includes a three-year, unlimited-mileage warranty as well as free maintenance for three years or 60,000 km (whichever comes first).

In terms of equipment, the 320Li comes with the Luxury Line appearance package, which is more subdued compared to the aggressive look of the 330Li’s M Sport kit, and there’s no BMW Individiual high-gloss Shadow Line package as well. The bicolour wheels are the same size as the 330Li at 18 inches, but they now carry a multi-spoke design and the tyres are no longer staggered sizes, with 225/45 profiles all around.

Other differences include the lack of a head-up display, Harman Kardon sound system (there’s a regular HiFi setup instead) and M Sport steering wheel in the 320Li, while the interior trim finishers are in fine-wood oak grain open-pored rather than Aluminium Tetragon. Most glaring is the absence of the Driving Assistant suite, so no AEB, lane departure warning, lane change warning, front collision warning, cross traffic warning and rear collision prevention.

The 320Li in Thailand can be ordered in either Cashmere Silver or Mineral White (no Carbon Black option), with the former available only with Mocha décor stitching; the latter gets two options: Mocha and Cognac.

We reported previously that the 3 Series Gran Sedan sold in Thailand actually comes fully imported from Malaysia, assembled by BMW Group Malaysia at the Inokom plant in Kulim, Kedah. As such, there is a possibility that we could get a lower 320Li variant in the future, although there’s no confirmation if this will happen yet.

With the ongoing sales tax exemption, the 330Li M Sport in Malaysia is currently priced at RM277,164 OTR without insurance and with a standard two-year, unlimited mileage warranty. Looking at the 3 Series Gran Sedan range in Thailand, the 320Li is about 15% cheaper than the 330Li, and by extrapolation, a 320Li here could be around the RM235k mark.

This is not by any means definite, but the extrapolated sum is around RM5k more than the 320i Sport that goes for RM230,764. The gulf between the standard-wheelbase 330i M Sport and 330Li M Sport is not that far off at nearly RM6k, for further context. So, is a cheaper long-wheelbase 320Li something that you might be interested in?