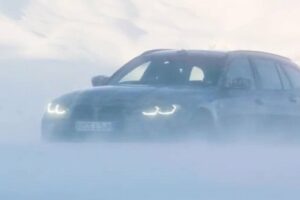 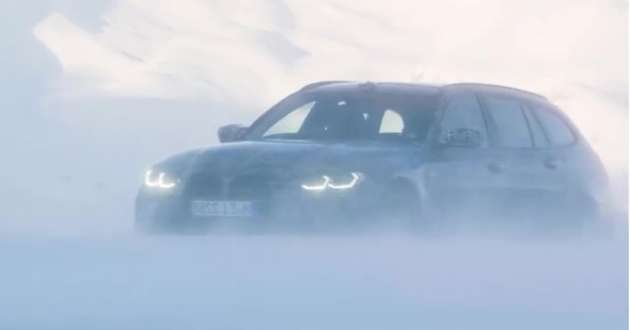 BMW has ushered in the new year by teasing a new model that will make its debut in 2022, the first-ever M3 Touring. First announced back in 2020, BMW said at the time that the wagon version of the latest G80 M3 will need to undergo two-year development programme, which, as the video teaser shows, involves spelling out “2022” by snow drifting.

The German carmaker isn’t providing much in the way of details for now, as we’re only told the G81 M3 Touring will have a combined fuel consumption of 10.3 l/100 km and emit 235 g/km of CO2 followed the WLTP standard.

The less powerful option is available with a six-speed manual, but the Competition-spec engine is only offered with an eight-speed automatic transmission, with BMW’s M xDrive all-wheel drive system being an option.

A prior report claims the M3 Touring will only come in Competition spec with all-wheel drive, which would suit the purposes of a wagon. However, that doesn’t appear to be reflected in the efficiency disclaimer that accompanies BMW post, so we’ll have to see what powertrain configurations will actually be available when the model officially debuts.

Design-wise, the car seen in the video is dressed in the same camouflage we’ve seen before, with notable details being the large snout also found on the M3 sedan (and M4 coupe), a sporty set of wheels and quad exhausts.