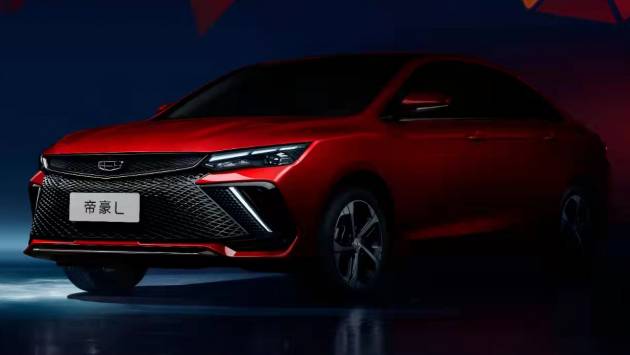 Having stuck with its “Expanding Cosmos” design language for more than half a decade, Geely has decided to dramatically overhaul its lineup with a radical new face, which debuted on the Vision Starburst concept. First seen in production form on the Boyue X, the look has now made its way to the new Emgrand L, a C-segment sedan which was teased during the Chengdu Motor Show alongside its SUV sibling.

Is the L, then, a larger version of the new Emgrand, the way the Xingyue L (sort of) is of the Xingyue? Well, not exactly. Whereas the Emgrand is based on the B-segment Modular Architecture (BMA), the L is essentially a heavily-facelifted version of the Emgrand GL, which uses its own platform.

Not that you can tell from the front end, which ditches the “waterfall” grille (itself replacing the trademark concentric design last year) for a massive mesh-filled opening sitting underneath an upper slit. Together with the revised front bumper contours, this gives the car a sort of X-shaped look. 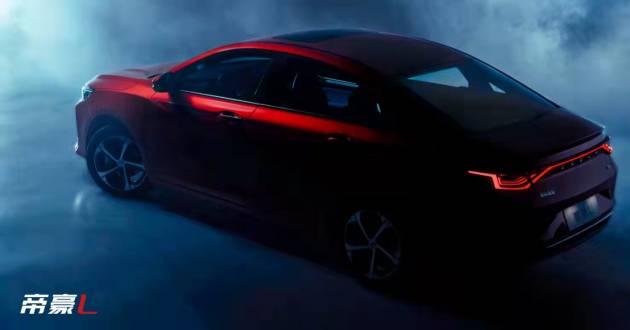 The headlights are also slimmer and feature LED daytime running light “dashes” on the upper edge, while the vertical vents in the bumper corners house light bars and an illuminated tessellated pattern. The body side remains unchanged, so you can still see the pronounced front fender crease that has been eliminated from other new Geely models.

At the rear, the Emgrand L gets new full-width taillights with a kinked light guide and a three-dimensional effect, along with the centre “Geely” script. The number plate recess has been moved downwards to the bumper, which also gets a chrome strip with L-shaped corners. No interior images have been shown just yet, but expect a comprehensive makeover there too, following in the footsteps of newer models.

Expect the Emgrand L to soldier on with the GL’s existing 1.4 litre turbocharged four-cylinder engine, producing 141 PS at 5,200 rpm and 235 Nm of torque between 1,600 and 4,000 rpm. There’s a choice between a six-speed manual gearbox and a CVT for this mill, which is pretty old hat now – although the optional 177 PS/255 Nm 1.5 litre TGDI four-pot gets a seven-speed dual-clutch transmission.