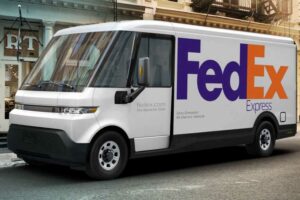 This rather unusual decision has been made because GM wants to deliver the vans quickly to customer FedEx. The U.S. automaker wants to stick to the plan of rolling out the vehicle in late 2021, Travis Katz, chief executive of GM’s BrightDrop commercial van business, told Reuters.

According to three unnamed people familiar with the matter and GM documents, Kuka will roll out fewer than 500 hand-built models at its plant in Livonia, Michigan, starting in late October.

The main reason why GM turned to the German parts supplier is because its CAMI assembly plant in Ingersoll, Ontario, is not yet ready to start building the BrightDrop EV600 electric van. The facility is still building the Chevrolet Equinox, and will continue to do so until April 2022.

GM estimates it will begin producing the EV600 at the Canadian factory in November 2022 in one shift. According to an announcement GM made in June, a second shift should be added by 2023, with a third one to follow in 2024. Previously, GM said it would invest $800 million in the CAMI plant to produce the large delivery van.

GM’s rush to establish a foothold in this segment is understandable, as the automaker estimates the U.S. market for parcel and food delivery vehicles will exceed $850 billion by 2025.