GM Discontinues CD Player From Passenger Cars For 2022MY 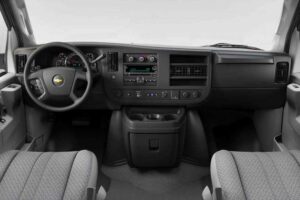 Pour one out for the once best source of in-car entertainment.

According to the Recording Industry Association of America (RIAA), CD album sales in the US plummeted by 97 percent since their peak in 2000. It’s also now at its lowest since 1986, which gives us concrete proof that CDs aren’t selling like they used to anymore.

But that doesn’t mean that there aren’t people with a huge CD collection. The clincher, however, is that they won’t be able to play their CDs in 2022 model year General Motors passenger vehicles. According to GM Authority, the CD player option in Chevy Express and GMC Savana passenger vans will not be available for the 2022 model year.

Of note, the neglected piece of technology, the once best source of in-car entertainment, was discontinued in redesigned GM vehicles for the 2021 model year. The latest news, however, is the final nail in the coffin, as both full-size vans are the last in the GM lineup of passenger vehicles to offer the $150 option.

We have to emphasize the word “passenger” as CD players are still available as an option Chevy Silverado Medium Duty and Chevy Low Car Forward trucks, but both are commercial vehicles.

While certainly not surprising, GM is actually a tad late into ditching CD players in its lineup. Major auto brands like Ford, Toyota, and Honda have already dropped them as early as 2016, while Tesla has already done so long before them.

Then again, someone out there still prefers to play CDs in their car rather than stream them via smartphones. CD players are said to have arguably better sound quality than their digital counterparts. For those people, there are many options out there, including aftermarket accessories.