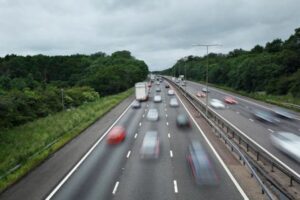 Transport Secretary Grant Shapps reassured motorists that the Government is not wanting to “demonise” drivers. In November last year, Prime Minister Boris Johnson brought forward the ban on the sale of new petrol and diesel cars from 2040 to 2030.

Speaking in the House of Commons, Grant Shapps said the ambition of the government was to protect the environment.

“We want people to have access to cars and indeed in rural areas it is often the only way that people have got to get around, despite obviously wanting to improve bus services and the rest of it.

“We intend to carry on investment but to make sure that the cars can run without damaging people’s health and the environment, and that makes sense.”

The Transport Decarbonisation Plan was unveiled in November 2020 and aims to cut transport pollution to help the UK reach net zero carbon emissions by 2050.

The ban will also apply to the sale of new hybrid cars and vans from 2035.

Diesel lorries are also set to be affected with a ban on their sale coming in 2040.

The Transport Secretary was challenged in Parliament over the plans to ban the sale of petrol cars by 2030.

The Shadow Transport Secretary, Jim McMahon, was more accommodating of the plans to eventually end the sale of petrol and diesel vehicles.

He said: “With transport now the largest contributor to UK emissions, this should have been the chance for ministers to really set out that ambitious plan, (which) could really lead the way ahead of Cop26.

“Not warm words or reannouncements, but a real plan supporting aviation and maritime, rail and freight, local public transport alongside active travel.”

He pointed to the absence of a van scrappage scheme, a “woeful lack” of electrical vehicle charging points, a “reduction of thousands” of bus routes, while adding that at the same time ticket prices “have rocketed”.