When Doug Byers bought this 1969 G.T. 500 in the fall of 2017, he knew very well what he was getting. More concisely, there were absolutely no surprises. Beyond the variety of features that distinguish the last of the vintage Shelbys, this one was originally finished in a brilliant Grabber Orange, had been freshly restored to a high standard, was powered by the rare 428 Super Cobra Jet, and had been sold when new by none other than Tasca Ford in Providence, Rhode Island. Understandably, it was a car that pushed all of Doug’s buttons, and nearly two years later he has no regrets.

Vern had long appreciated the history and mystique of the vintage Shelby Mustangs—first being interested in the breed while in high school when his friend owned a ’66 G.T. 350. But it would be many years later before Vern pulled the trigger, buying this ’69 from a dealer in Ohio around the year 2000. He says, “I didn’t have time to go look at it myself, so I hired an appraiser in the area to look over the car, evaluate it, and make a recommendation. The car was Royal Maroon, and I was led to believe it was the original color and a solid number two in terms of condition—so I bought it. When it arrived at my house in Washington, I was incredibly disappointed, as the appearance was much closer to a four than a two.”

And yet for all of Vern’s disappointment, there were a number of silver linings to discover, which eventually softened the blow of feeling like he’d been misled. Clearly the appraiser was a dud, because not only did he fail to adequately convey the true appearance of the car, he also failed to uncover the significant attributes that we mentioned in our opening paragraph. Number one is this Shelby’s Super Cobra Jet status. Of course, by 1969 Shelbys had become more of a “Grand Touring” muscle car than a hardcore SCCA competitor or quarter-mile strip warrior. Consequently, G.T. 500s equipped with the Super Cobra Jet engine, which was triggered when either 3.91 or 4.30 gear ratios were ordered, are rather rare. According to Kevin Marti (martiauto.com), just 317 of the 1,869 ’69-’70 G.T. 500s were equipped with the SCJ, the engine featuring sturdier reciprocating pieces along with an engine oil cooler. From a performance perspective, it was the digger gears that may have helped ETs on SCJ-equipped cars, as the engine mods were strictly related to improved durability. In this case, the beefy nodular-iron 9-inch was fitted with the V-code 3.91 ring-and-pinion and a Traction-Lok differential, which certainly turned the GT-oriented Shelby into a stoplight burner.

It would be pure conjecture that the Tasca Ford connection had some influence on this car being built with 3.91s, but considering the dealer’s high-performance track record, it’s certainly possible. Regardless, performance Fords documented to have been sold by Tasca have a special claim to fame among the Blue Oval faithful, and this connection was discovered after Vern purchased his G.T. 500 from the Ohio dealer. Sometimes surprises are a good thing, eh?

The last unique attribute that Vern discovered post-purchase was the original Grabber Orange hue. He’s uncertain how long the ’69 had been under the cover of Royal Maroon, but considering the condition of the paint when Vern purchased the car, it’s easy to imagine it could’ve been this way for much of its life. When it came time for the restoration, it was an easy decision for Vern to go back to the vivid orange—not only is it correct for the car, but it also seems to match the bigger-than-life persona that a G.T. 500 embodies. Besides, Marti’s information indicates that just 87 G.T. 500s were delivered in Grabber Orange, so it’s a rarity worth embracing.

And so, speaking of a restoration, that’s exactly what Vern decided he’d have to do after mulling over his options. He soon turned the car over to Jory Brender of Classic Car Service, who tore the car down to the bare shell, documented all the bits and pieces, and determined what would need to be acquired. Once again looking at the silver lining, Vern’s Shelby turned out to be generally complete and in good shape. Like many premier muscle cars of the era, the smog and original carb had gone missing, and Brender also discovered that the car had the incorrect automatic transmission in it. With a good measure of perseverance, he sought out a correct CJ C6 that included a cast-iron tailshaft housing, “R” servo, and other beefy internals. Snohomish Transmission was called on to rebuild the transmission to stock specs, while the original engine was receiving the same treatment elsewhere at Brender’s favorite machine shop.

Once Brender had the Unibody disassembled, he had the sheetmetal stripped via plastic mediablast, and then he worked the metal back to perfection. All the original Shelby fiberglass is present and accounted for, save for the left front fender, which was too damaged to salvage. The new Grabber Orange paint was done in PPG Deltron two-stage, obviously with stunning results.

The restoration was only partially complete when the recession of 2007 hit, and Vern soon applied the brakes until the economy got back on its feet. As a result, Brender didn’t finish the Shelby until 2015, but the results were worth the wait. We asked Vern why he decided to sell the car to his friend Doug after the years of effort, waiting, and more effort to bring the car to the finish line. Vern explained that he finds joy in car restoration more for the journey than the end result. “It’s not that I don’t appreciate the car when it’s finished, but I tend to leave them in my garage because they end up being too nice to drive.”

Doug is a golfing buddy of Vern’s and heard about the G.T. 500’s ongoing restoration over a number of years. Being a car guy as well, Doug was always interested in the progress, and over time the idea of him buying the car just sort of happened. Doug has a 2007 GT500 and a 2017 GT350R, so to have an outstanding vintage Shelby seemed natural. And Doug doesn’t suffer the same affliction as Vern in terms of having reservations about driving a pristine restoration. “I’m not out there beating on it,” he says, “but driving the car is how I best enjoy it.” Well said, Doug. We sure can’t argue with the sentiment! 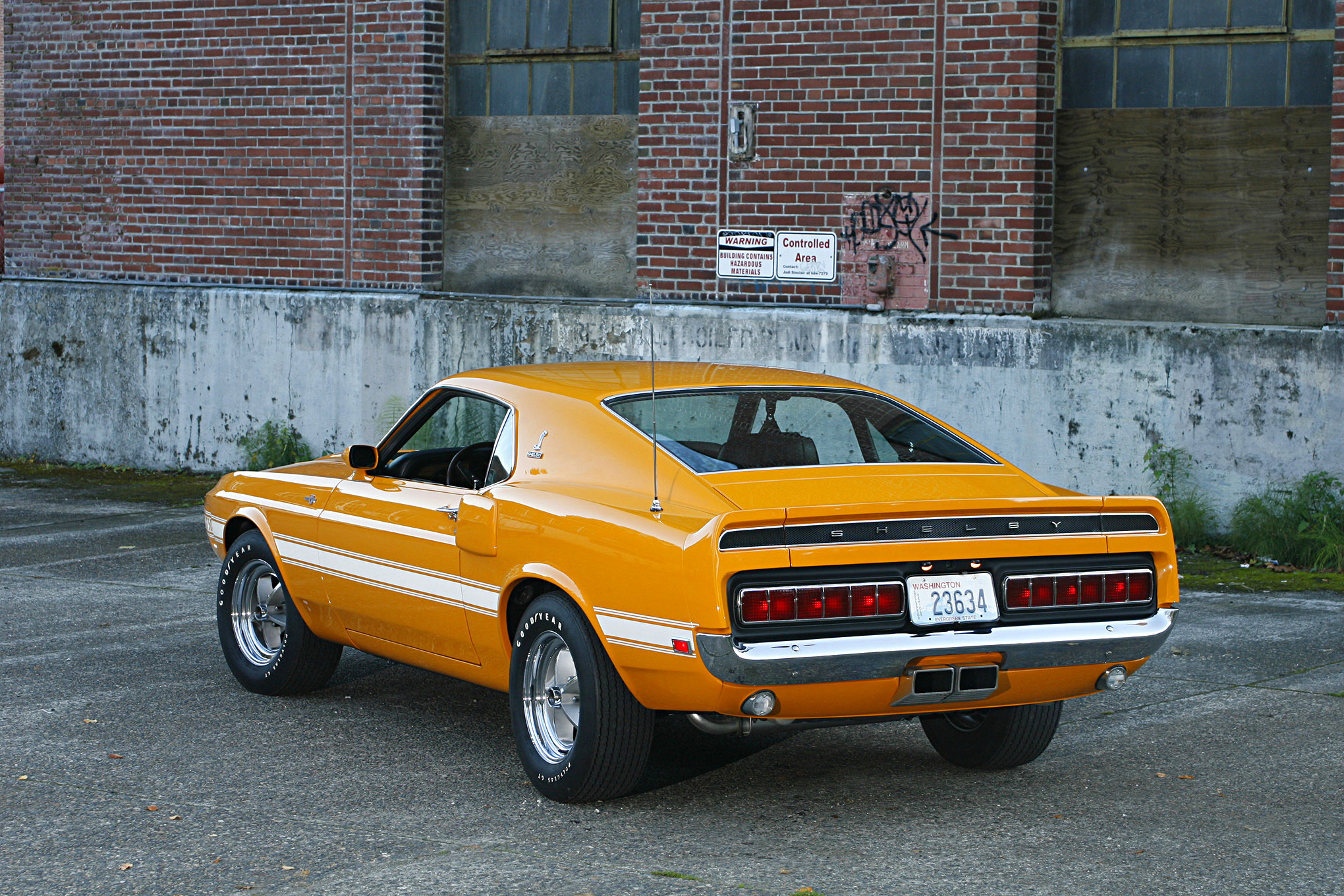 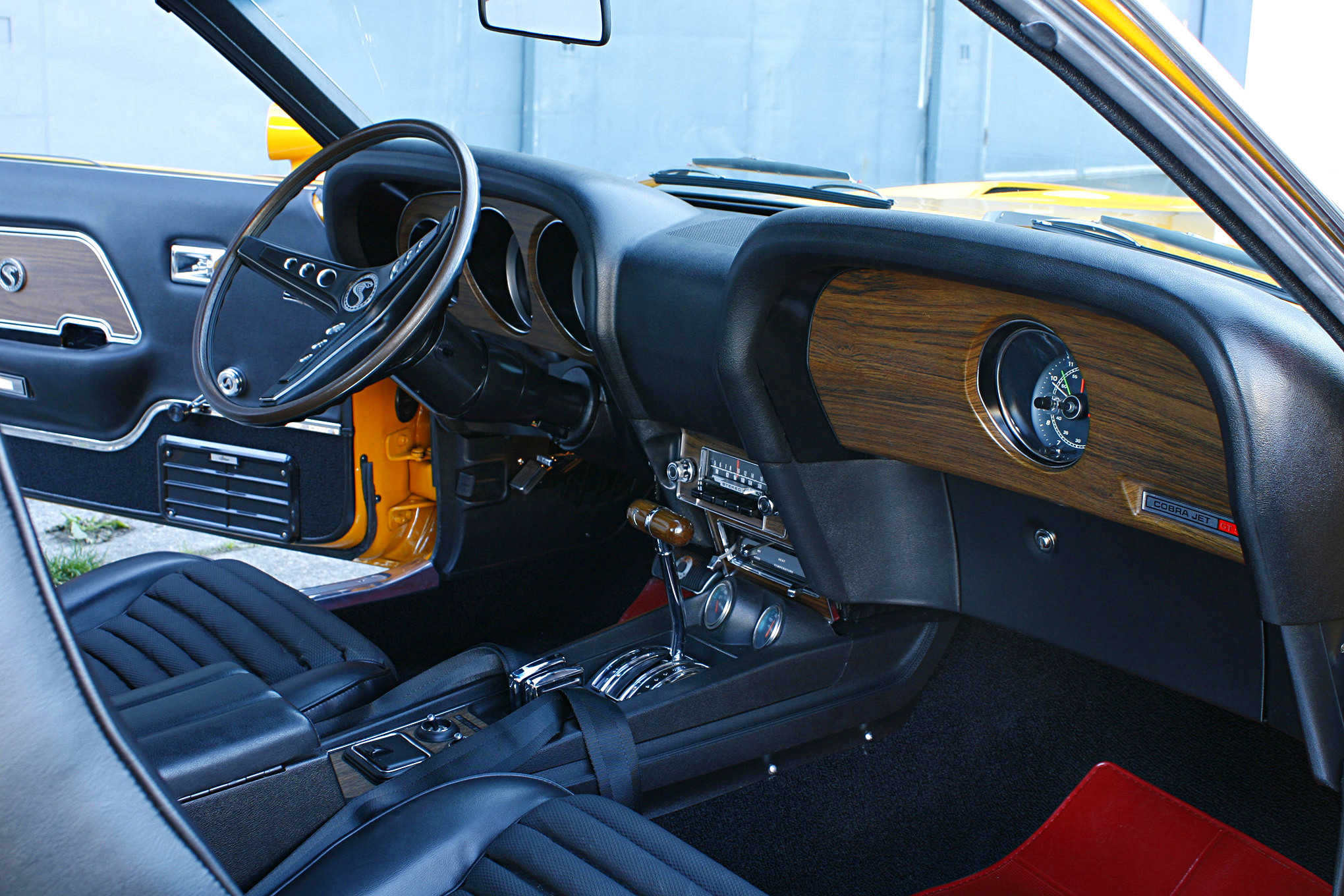 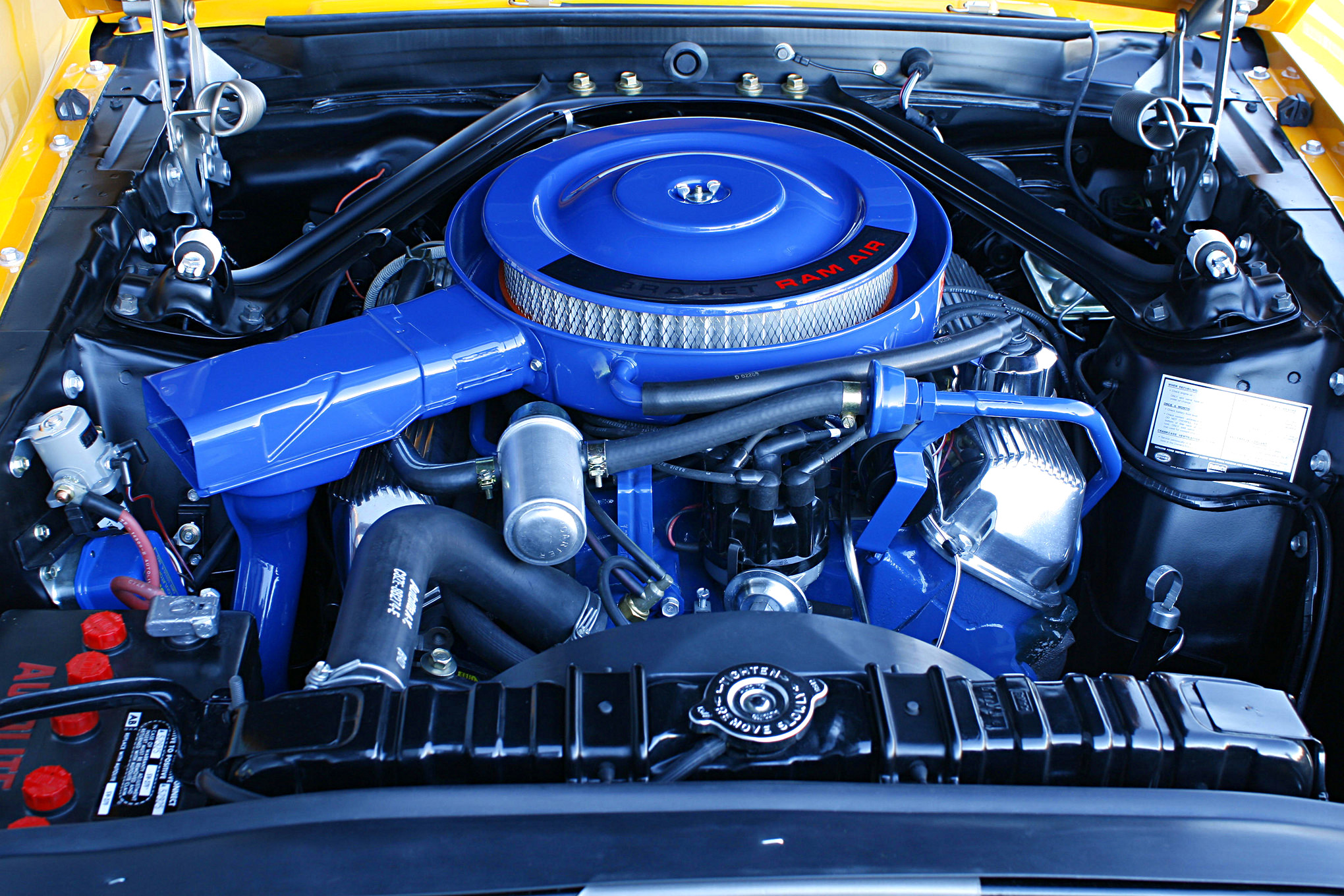 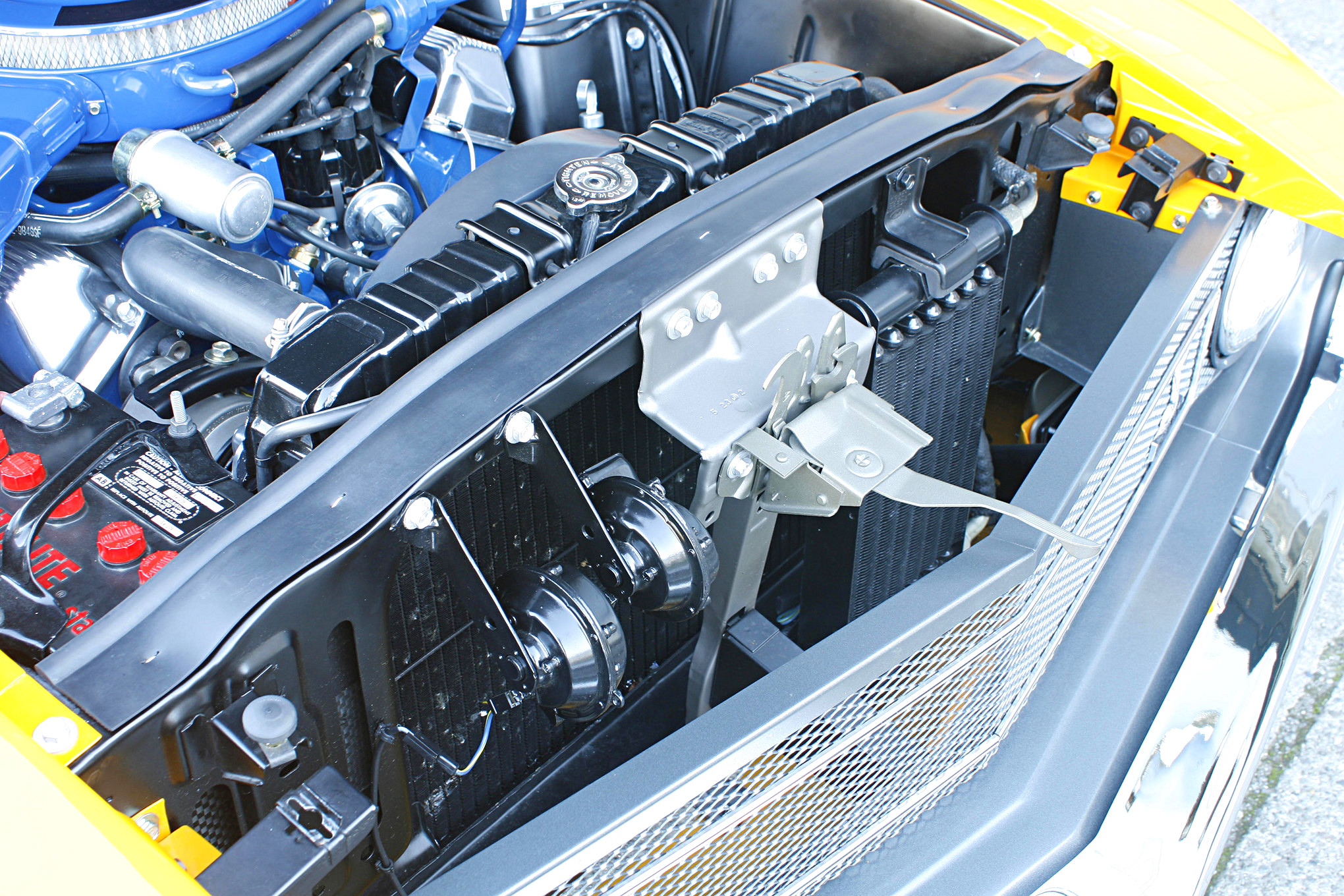 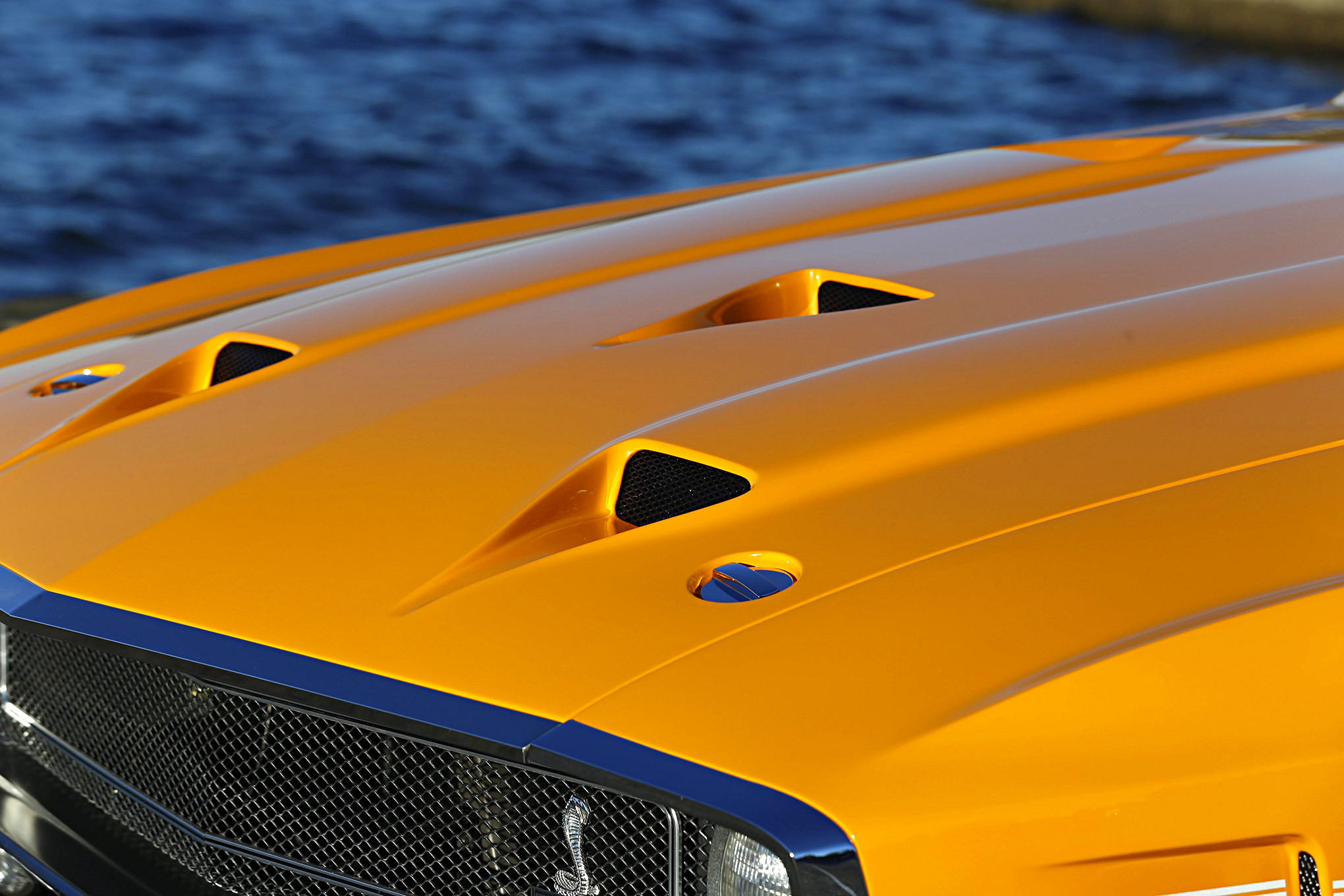 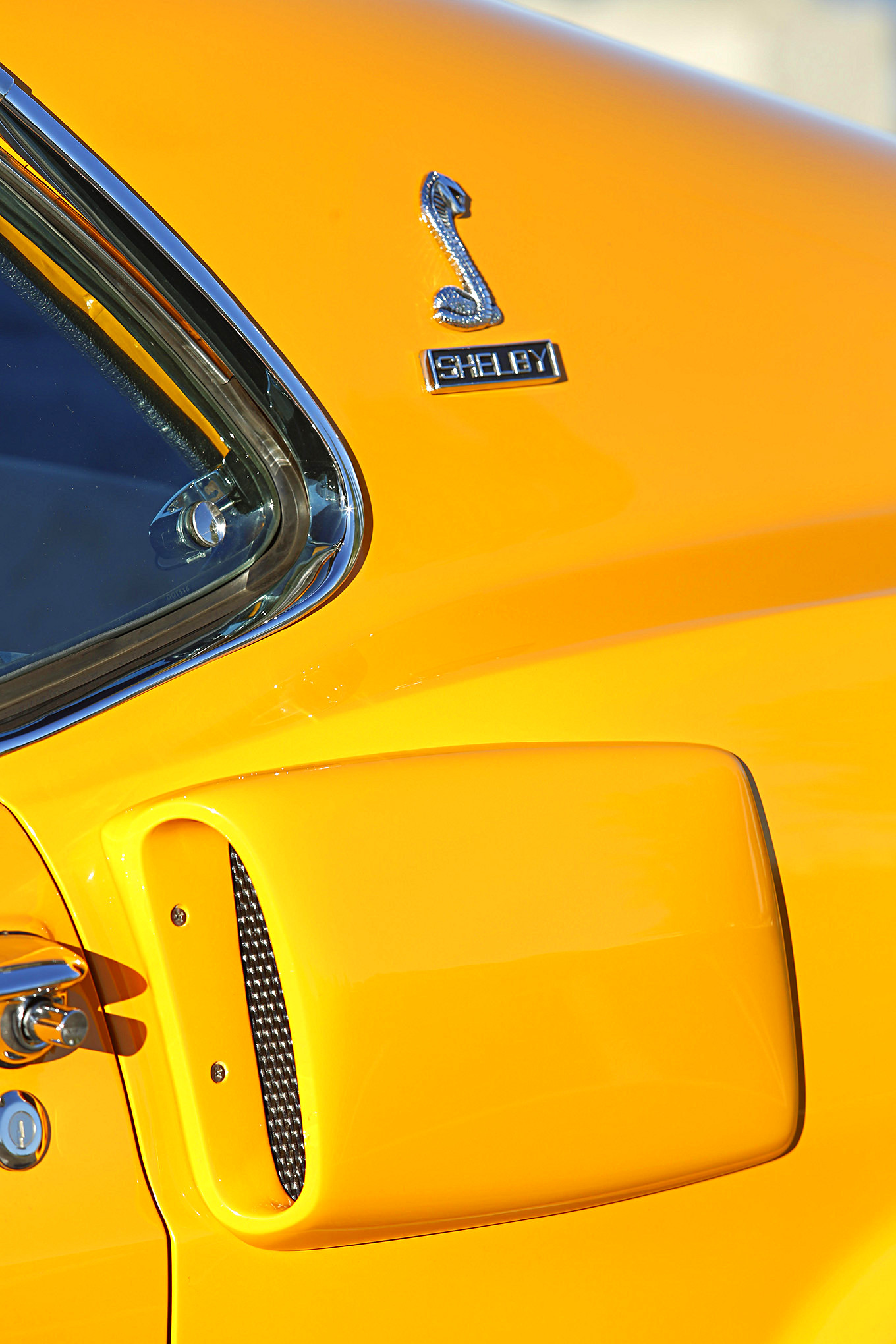 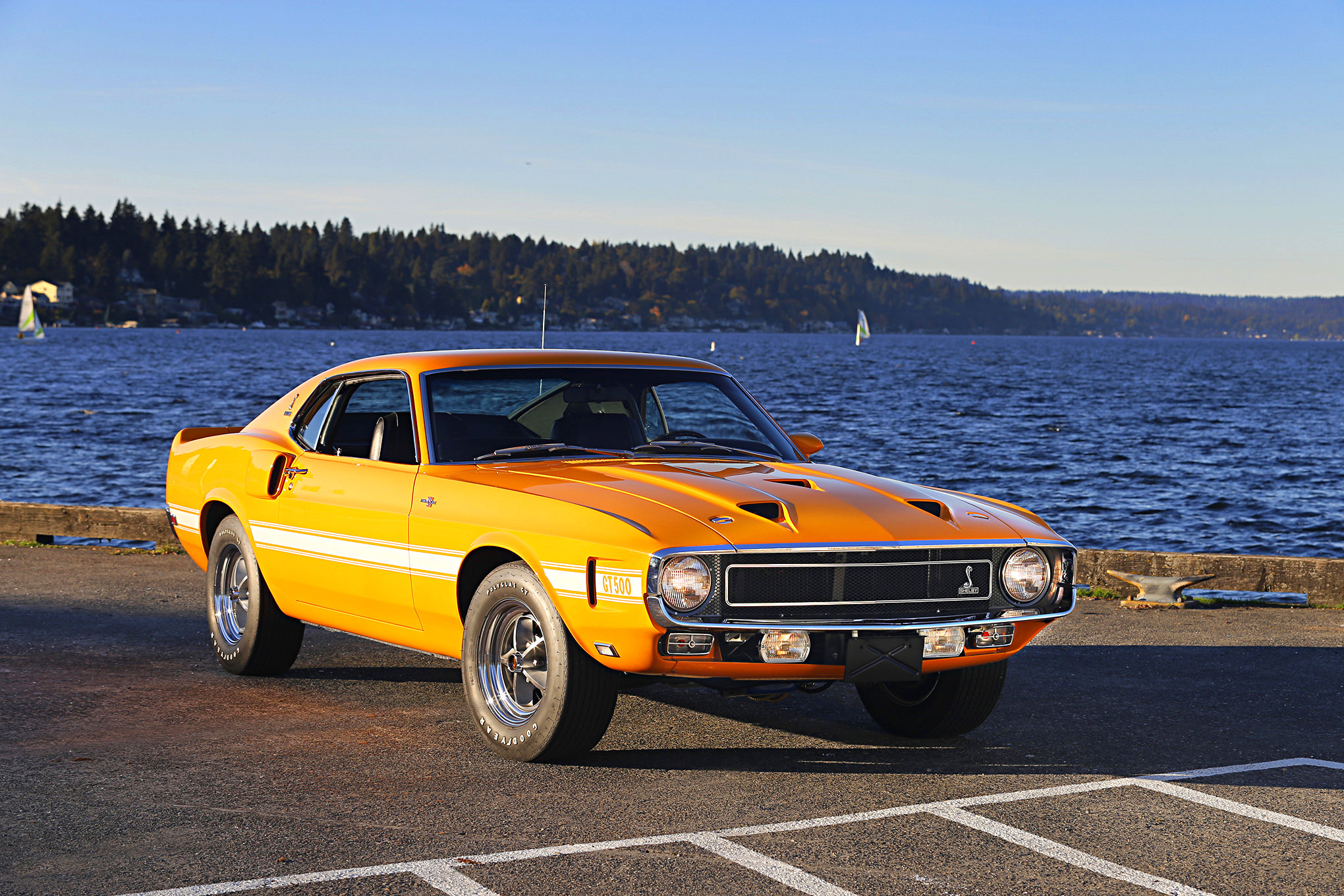 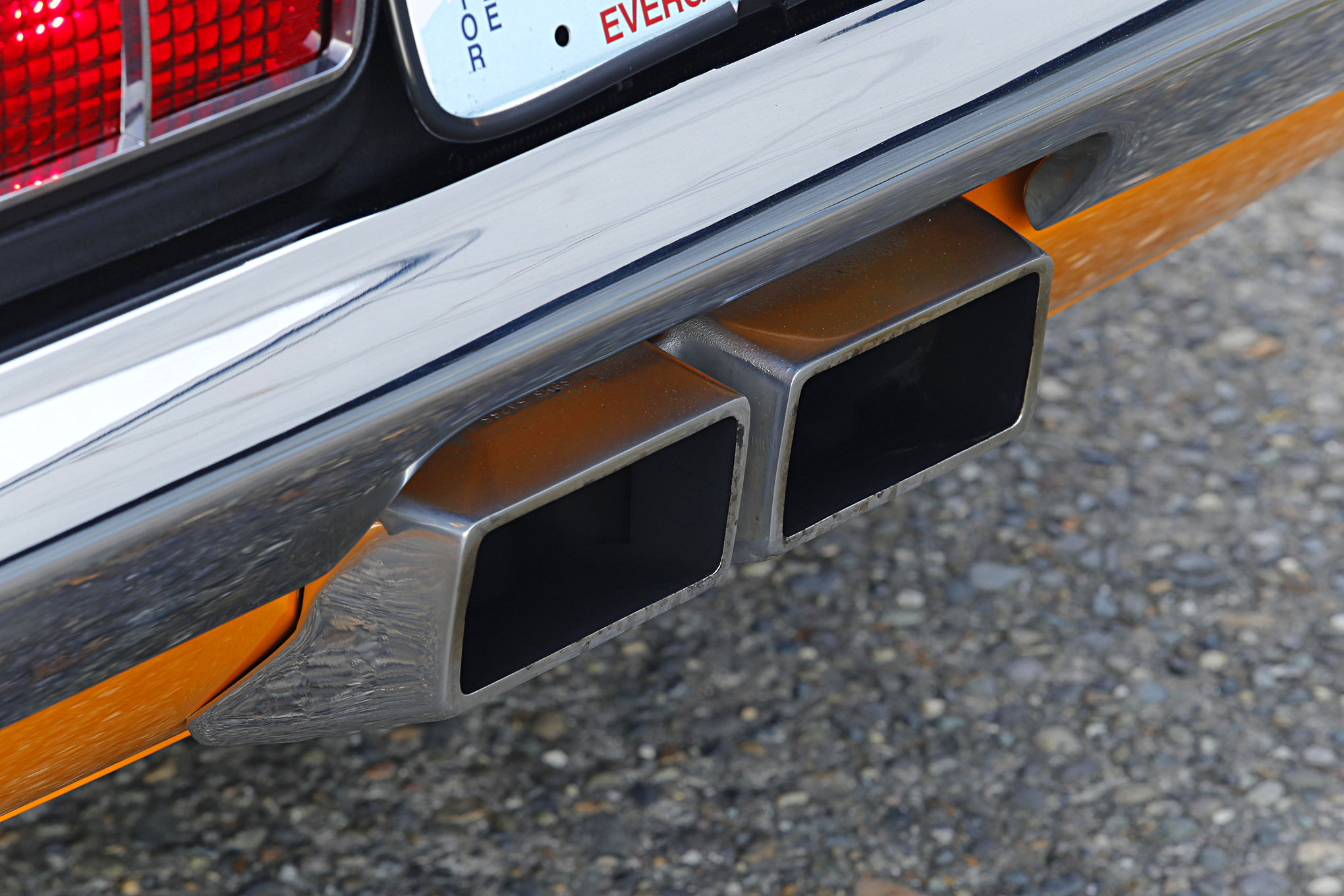