Land Rover and Range Rover models are getting new interior tech and plug-in hybrid powertrains for the 2021 model year, as the automaker introduces updates to its most popular models to keep them fresh for another few years.

For the Range Rover Velar, starting at $58,050, the most significant change underhood is the mild hybrid system in the form of a 3.0-liter inline-six paired with 48-volt lithium-ion batteries located below the rear cargo section. This system uses a belt integrated starter generator in the engine compartment to accumulate energy lost during deceleration, storing it in the battery and then using it to assist the engine during acceleration, and to help the start/stop system act more seamlessly.

The Velar will also receive new Active Road Noise Cancellation, monitoring vibrations from the road and supplying the opposite phase sound wave, delivering an interior that’s four decibels quieter. Also for 2021 the SUV gets a new steering wheel design and a new, tactile drive selector, replacing the car’s rotary gear selector. A new Cabin Air Filtration System will also be on the menu in the updated Velar, reducing the levels of pollens, particulates and odors in the cabin. The system has its own Purify button located on the lower touchscreen.

Another high-tech option in the Velar is a wearable Activity Key, essentially an LCD watch allowing owners to lock, unlock, start and stop the vehicle, replacing the traditional key fob. The Velar also receives the new Pivi Pro infotainment system, of course. 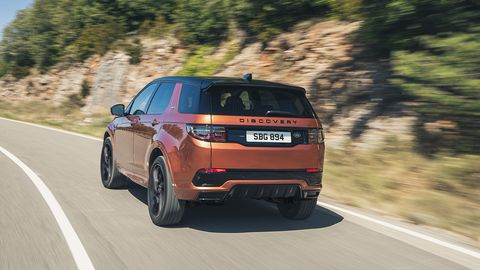 The Land Rover Discovery Sport also gets the new Pivi Pro infotainment system standard for 2021. It’s borrowed from the new Defender and features over-the-air updates. Pivi Pro is run by a new Electric Vehicle Architecture with 85 ECUs and two embedded modems for fast response times in all conditions and for greater connectivity. One modem is just for over-the-air-updates. Apple Car Play and Android Auto connectivity are standard, as you would expect.

Other Disco Sport updates include traffic sign recognition, a driver monitoring system and lane-keeping assist. A 3D surround camera is now standard, and it works up to 19 mph. The Sport gets the optional Advanced Cabin Air Filtration system for 2021 as well.

One thing Land Rover has taken away with the 2021 update is the Discovery’s base version. The lowest-priced version is now the Discovery Sport S P250, starting at $42,950. This model is powered by a turbocharged 2.0-liter inline-four good for 246 hp and 269 lb-ft. For the outgoing 2020 model year, the base version of the Disco Sport started about $4,000 south. 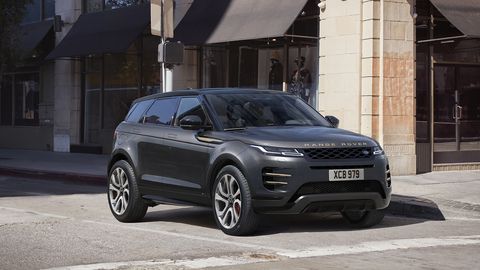 The automaker did not neglect the Range Rover Evoque, now in its second generation, when it comes to 2021 updates. Like the other two models the Evoque receives the new Pivi Pro infotainment system standard, while items like the Advanced Cabin Air Filtration system, a 3D surround camera and rear collision monitoring system are optional.