Home » Car Reviews » Hero MotoCorp Is Open To A Partnership With Harley-Davidson: Report

Hero MotoCorp Is Open To A Partnership With Harley-Davidson: Report Hero MotoCorp, the country’s largest two-wheeler manufacturer, says it’s ready to enter into a partnership with America’s Harley-Davidson, which is currently looking at making smaller motorcycles for India. According to a report on Times of India, the Chairman of Hero MotoCorp, Pawan Munjal has said that they are open to partnering with Harley-Davidson if the Milwaukee-based motorcycle manufacturer wishes to. While neither of the two parties has made a proposal yet, Pawan Munjal was quoted saying that “The sooner it happens, it’s good for everyone.”

Now, this is not the first time that we are seeing talks about the partnership between Hero and Harley-Davidson. In 2018 Harley-Davidson has announced a series of new models including an all-new 250-500 cc motorcycle targeted specifically at India and other emerging Asian markets, which will be launched by 2022. And there were reports about the company looking to partner with a local player, possibly Hero. However, back then sources in Hero MotoCorp had confirmed to carandbike that the company is not working on any product plan with Harley-Davidson. But, later in 2019, new reports emerged about the two company being in talks with each other about a partnership, albeit in a preliminary stage. Again, there was no confirmation from either of the two parties. That said, Munjal’s recent statement adds a bit of hope.

Speaking to TOI about the partnership Pawan Munjal said, “This is the era of partnerships and as and when the right kind of partnership comes our way, or we are able to get around to one, we would be willing to do that. There are people who are looking at this market for certain segments, (and) we are wanting to get into higher segments. If there is a match, then why not?” 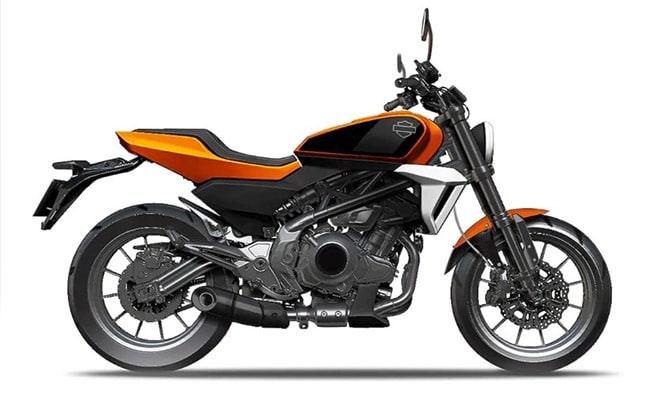 The partnership between Harley-Davidson and Hero will not be the first-of-its-kind in India. Several global premium motorcycles brands have partnered with local players, creating some successful ventures. Bajaj-KTM, Bajaj-Kawasaki (now separated), TVS-BMW Motorrad, and even Kinetic’s partnership with brands like MV Agusta and Moto Guzzi. Recently Bajaj Auto announced entering a non-equity partnership with Triumph Motorcycles to build mid-size motorcycles for India and export markets.

The report comes from the company’s recent Hero World 2020 event, where it launched the updated Passion Pro and Glamour, and also unveiled its first 160 cc bike, the Hero Xtreme 160R. At the event, the company also announced its plan to invest ₹ 10,000 crore in the next 5-7 years, towards the development of future mobility solutions that will be relevant to customers across the world.