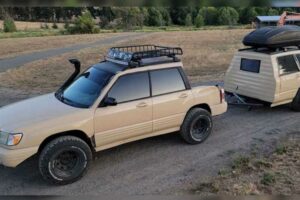 It’s for sale, and it even comes with a matching trailer.

Homemade creations are wild to see because you never know what you’re going to get. People can have some pretty bold ideas, and this modified Subaru Forester falls right in with those. It’s been converted into a ute, and it’s for sale on Facebook Marketplace.

The sandy tan Subaru has several upgrades that give it an off-road attitude, even if it looks a bit awkward. The conversion cut a large hole into the back of the Subaru, turning the cargo area into the truck bed. There’s no glass or sheet metal separating the passenger compartment from the truck bed, so it has an open-air cabin. Following the ute is a trailer, which is just the back-half of another Forester. It’s included in the sale, with the seller asking $3,500 for the creation. 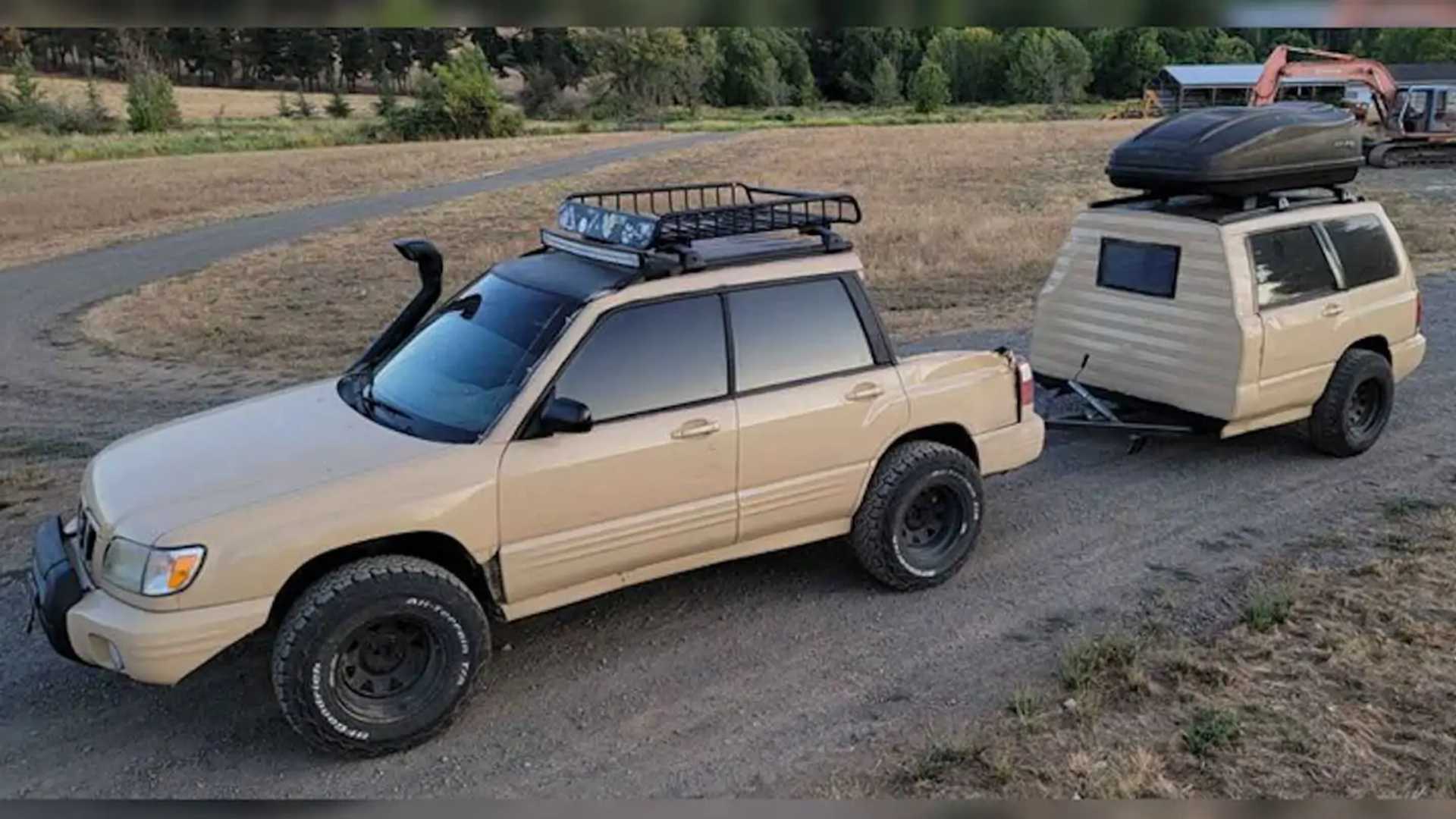 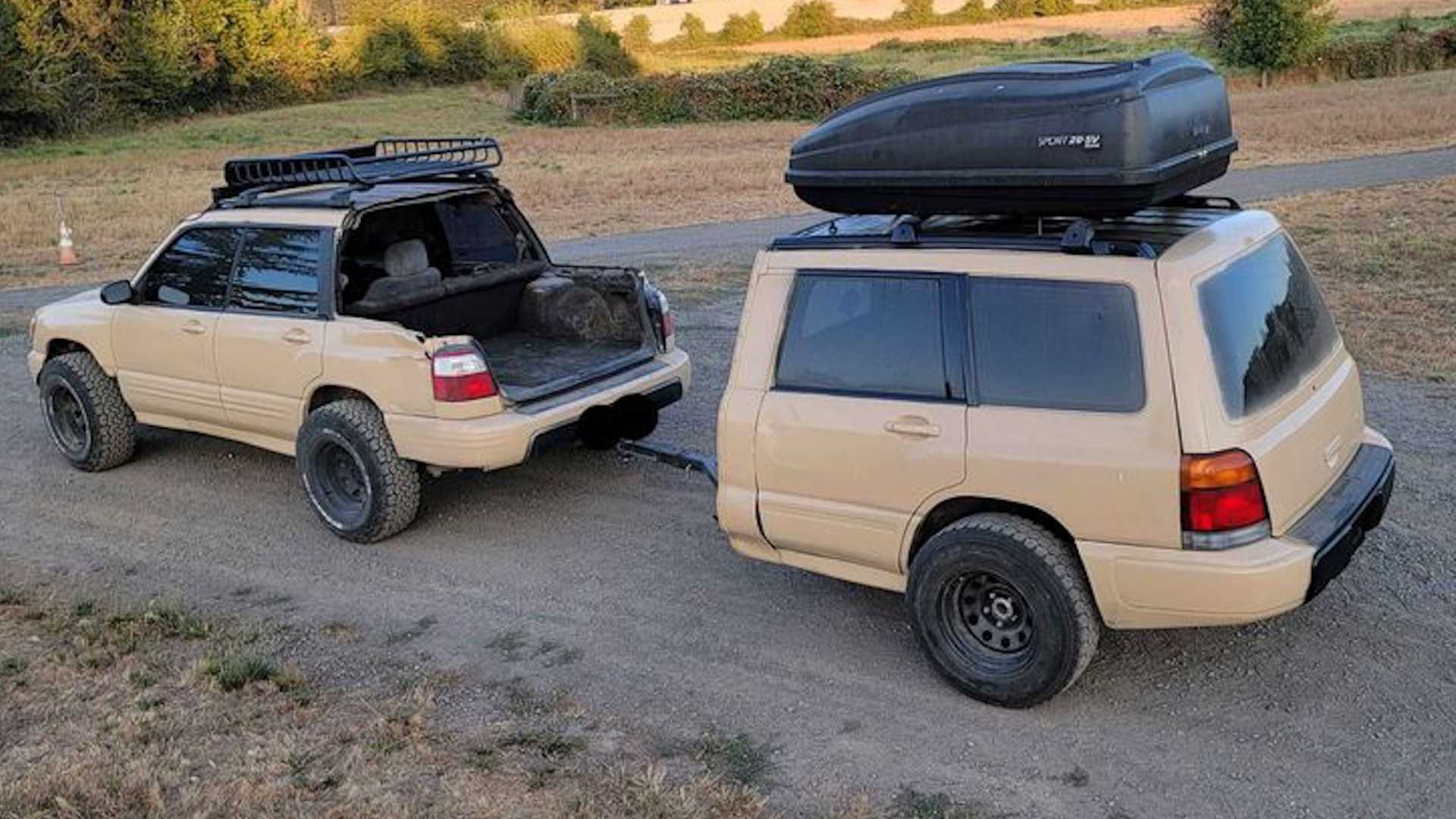 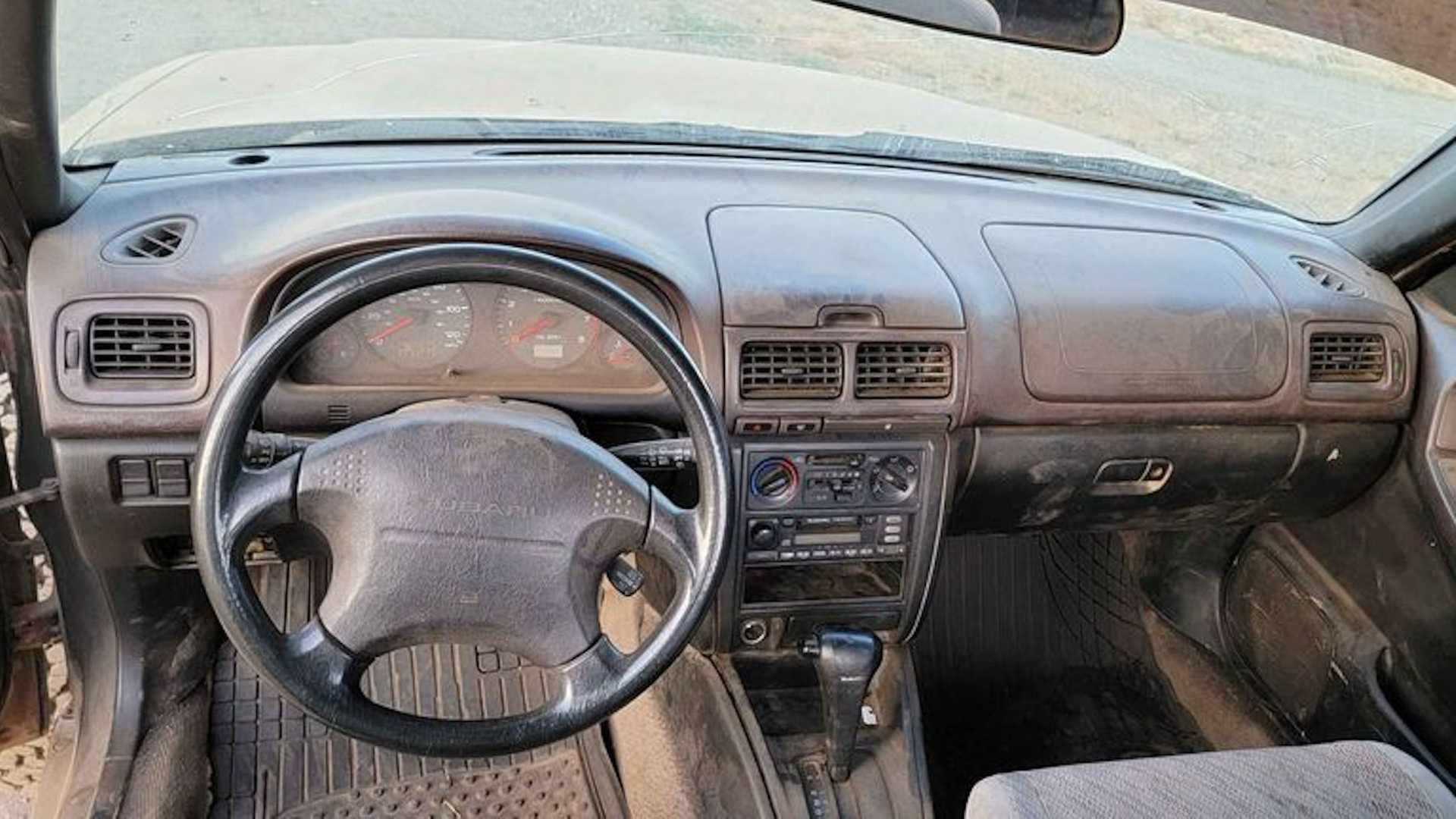 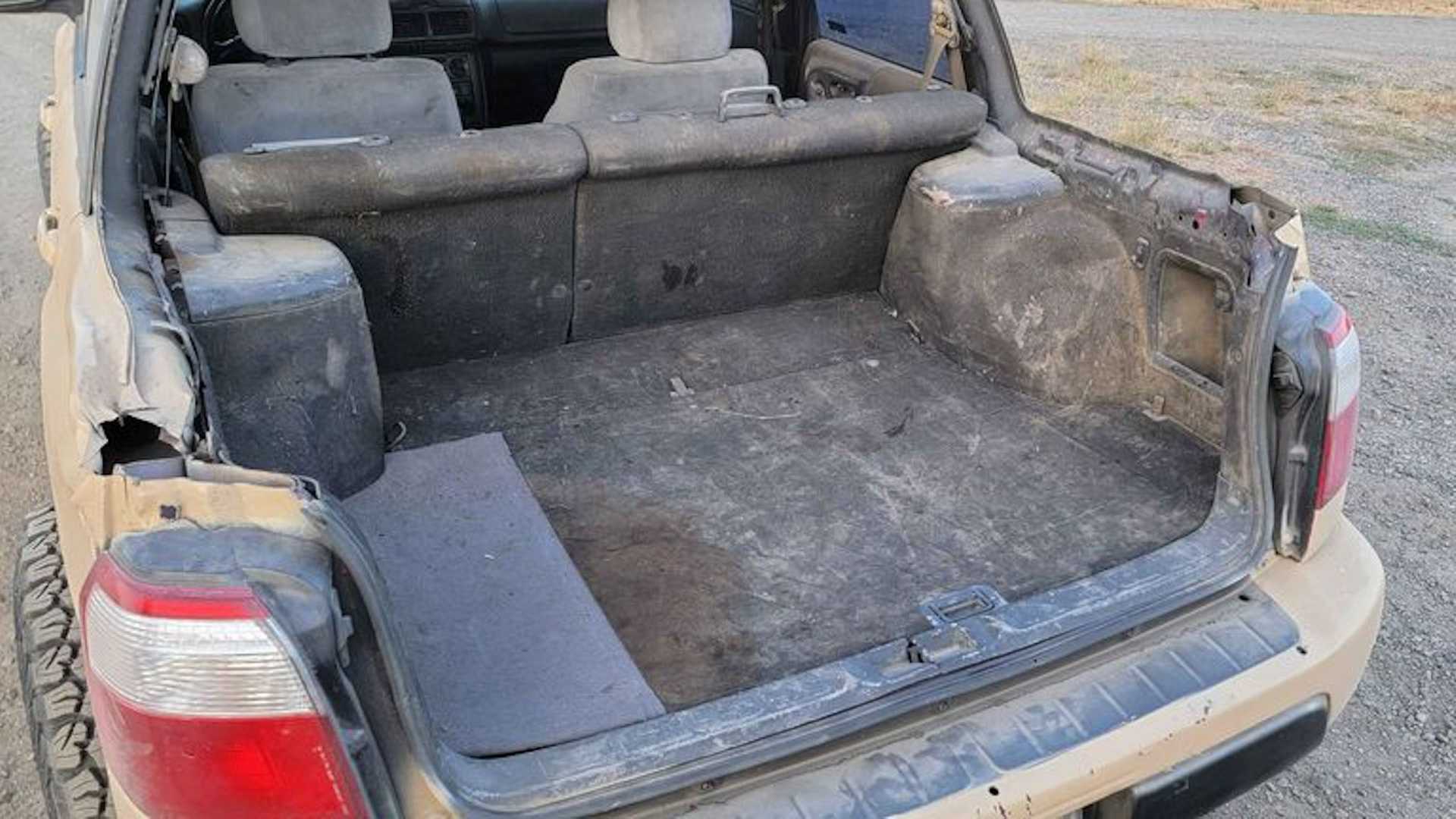 It started its life as a 2001 Forester and has accumulated 236,000 miles, though the seller says it “runs perfect,” and that’s with a check engine light illuminated.  It has an automatic gearbox with the heat, radio, and air conditioning all listed as working. The ute has received four new wheel bearings and other maintenance goodies like replacing the timing belt, head gaskets, and water pump. Then there are the off-road upgrades made to the ute.

The Subaru comes with a Yakima roof basket and a 42-inch light bar. It has POD Light fog lights, a 2.5-inch lift kit, KYB struts from a 2006 model, 1-inch wheel adapters used with 15-inch off-road wheels that are wrapped in new BFGoodrich K02 tires. It also has a muffler delete and Borla headers for better sound. It’s quite a crazy creation and one that’s not right for just anybody. The Subaru does have a few problems, like the previously mentioned check engine light. The Forest Ute is quite the car to see, and it will make someone quite happy to own.