Honda has already disclosed its plans to bring in new SUVs to the Indian market and had confirmed the HR-V for our market. The HR-V most likely will be the next big launch from Honda’s stable and we have got the latest spy images of the compact SUV. The Honda HR-V was today spotted testing in the capital by carandbike reader, Mayukh Bhattacharya who sent these pictures to us. The test car is heavily camouflaged and not an ounce of the sheet metal is exposed, not even the wheels. However, what helped us identify the car is the silhouette of it along with the test car (red) Noida license plate where all Honda-owned cars are registered. 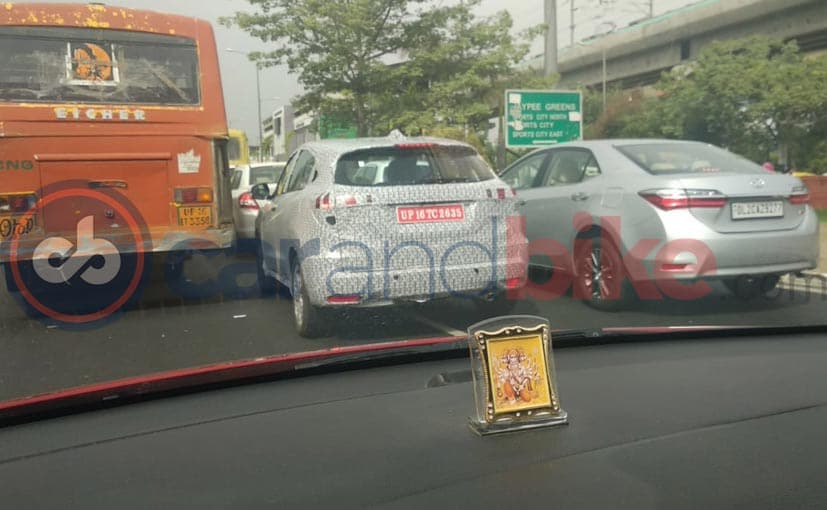 The overall silhouette is similar to that of the global model which incidentally reminds you of the third-generation CR-V.

Not much of the design elements are visible due to the camouflage. However, the overall silhouette is similar to that of the global model which incidentally reminds you of the third-generation CR-V. In the images only the rear and side of the test car is visible and despite the camouflage, fair amount of sculpting of the tailgate and rear haunches can be seen. A rising window line, sloping roofline and steeply raked windscreen are some of the design elements which are quite apparent.

Being a compact SUV, the new Honda HR-V will go up against the highly popular Hyundai Creta, Jeep Compass and Tata Harrier along with the upcoming MG Hector. Honda has already shared that the SUV like its other models will come to India through the CKD route and it is expected to launch this year. We still have no clarity about the engine and gearbox options which are under evaluation, however, we expect the 1.5-litre i-VTec engine which powers the Honda City to make its way under the Hood. Given the advent of the upcoming emission norms, we aren’t sure if Honda will equip the HR-V with a BS6 compliant diesel engine.