Home » Car Reviews » Honda shows off its automated driving tech at ITS World Congress – over 25,900 km tested in Germany – paultan.org

Honda shows off its automated driving tech at ITS World Congress – over 25,900 km tested in Germany – paultan.org 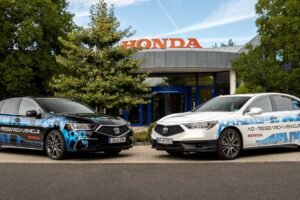 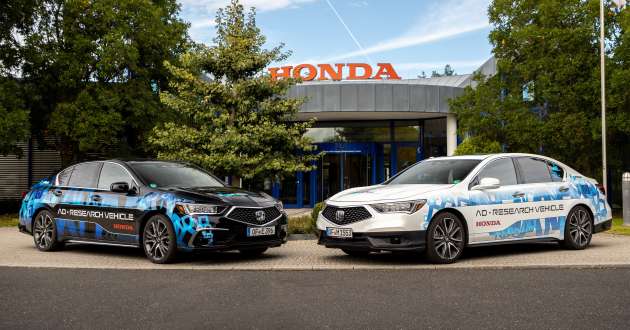 At this year’s Intelligent Transport Systems (ITS) World Congress, Honda showcased its self-driving technology and revealed its progress in the L3Pilot automated driving project. The European Union-driven initiative is a joint effort involving 34 partners from 12 countries, and serves to assess the viability of SAE Level 3 and 4 self-driving functions on ordinary roads.

For the project, Honda provided four research vehicles based on the Legend sedan, with its European R&D team focusing on two scenarios – “Traffic Jam Chauffeur” and “Motorway Chauffer” – covering over 25,900 km of testing on German roads.

The Legend, which is currently being sold in Japan, is capable of Level 3 automated driving and copmes with a few hands-off functions. The operational data gather by Honda was then shared with the L3Pilot project for further research and analysis of the impact and benefits of automated driving in Europe.

“We view automated driving technology as a vital part of our advanced safety technologies,” said Robert Kastner, large project leader of the L3Pilot Project at Honda R&D Europe. “Following on from our years of research in this field, we are delighted to be an active part of this EU innovation initiative, and to support advanced research activity for automated driving that is aiming to further increase safety and further reduce accidents on European roads,” he added.

The L3Pilot project was launched in 2017 to create a standardised Europe-wide piloting environment for automated driving. It also aims to raise awareness for the commercialisation of self-driving vehicles through large-scale piloting of SAE Level 3 and Level 4 functions in passenger cars, from motorway and city driving to traffic jams and parking scenarios. In total, more than 400,000 km have been driven on motorways, including 200,000 km in automated mode.