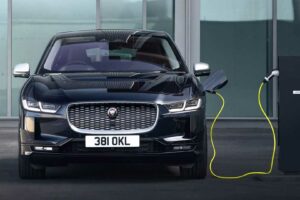 The historic British automaker wants to go upmarket and offer a full range of pure-electric vehicles.

Jaguar is not selling anywhere near as many cars as a brand with such heritage should be selling, which is why the company’s new boss, Thierry Bolloré, in office since September of last year, wants to do a major shakeup in order to make it profitable. The first thing he did was cancel the new XJ fully-electric sedan just as it was about the be revealed, but according to statements he made in a recent interview, it had to be done.

Autocar spoke to Bolloré who shed light on his plan to turn Jag around. Firstly, in regard to the XJ, he said it was the toughest decision he has had to make since he joined the company and he made that decision because aside from being electric, it didn’t fit with the brand’s new direction (although he didn’t go into details as to why he found it unfit to be launched, especially after it had been in development for some three years).

Bolloré believes the Jaguar brand’s image is damaged and it needs to be reinvented. He points one of to the group’s other brands, Range Rover, as being far more successful than Jaguar. He said Range Rover has a very unique position on the market

It’s satisfactory on price and profit levels, and we haven’t yet reached the ceiling. The price is extraordinary, and we have the volumes.

Interestingly, even though most automakers are now concentrating on adding as many SUVs to their lineup as possible, Jaguar won’t follow their model. In fact, Bolloré said there would only be one high-riding vehicle in Jag’s new electric lineup for a very simple reason – offerings from the group’s Land Rover and Ranger Rover brands will cater to the needs of those looking for an SUV.

He also wants to move Jaguar further upmarket than it is today, when it is seen as an alternative to the established German brands. They will therefore be seeking lower sales volumes, but the vehicles will be more expensive than they are today, and there would be minimal overlap between products offered by Jaguar and other group brands.

What will the key characteristics of this new line of Jags be? Well, Bolloré says

The proportions are crucial to get what we want from Jaguar. The platform is a consequence of proportions we’ve decided on. They’re absolutely bespoke.

Today, when you listen to customers, they see [a Jaguar], like the car and test the car, and they still go and buy an Audi or a BMW. That’s the problem. People buy the originals, then. We aren’t the originals. We have to get the positioning of Jaguar much different, higher and more original.

Jaguar is reportedly looking for a modular platform to underpin all its new EVs, and at this point it’s not clear if it will develop it in-house or source it from another automaker. We should expect to see this new crop of reinvented Jaguars debut sometime after the year 2025.