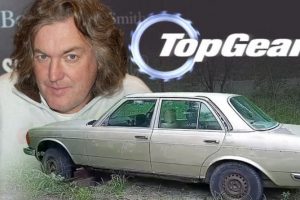 The Mercedes is the second car used in the Botswana Special discovered by YouTube channel Alaska to Africa who discovered Jeremy Clarkson’s Lancia Beta Coupe earlier this month. Surprisingly, the classic model was found to be in pretty good condition compared to the almost destroyed Lancia.

The vehicle’s bodywork was complete with Alaska to Africa even claiming the car has previously been driven.

There were some visible signs of damage to the rear bodywork with the number plate scratched in places.

The car is seen coated in a thin layer of dirt with cracks visible across parts of the interior.

However, this was not debilitating damage for a car abandoned 13 years ago with Alaska to Africa claiming the car “should run” 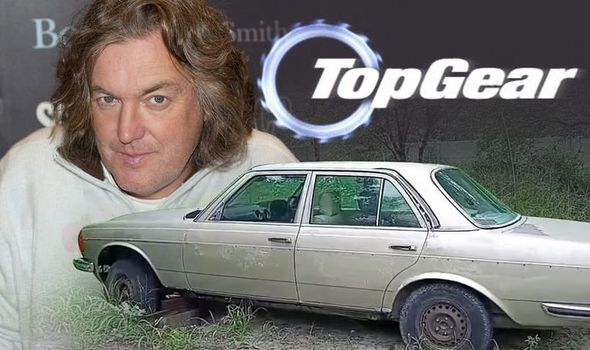 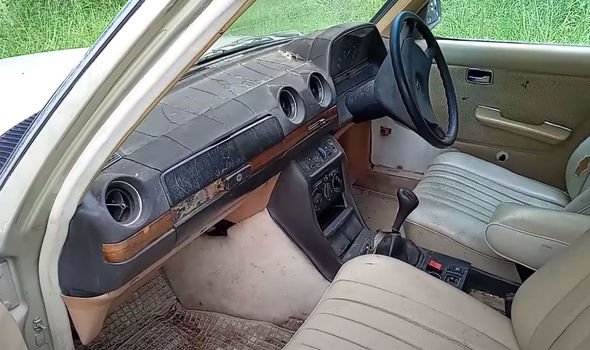 The YouTuber said he was working on purchasing both the Lancia and Mercedes for the cars to be fully restored.

He claimed the current owner was someone who was connected by the special and has personal pictures and stories to support the car’s history.

Speaking in the video, Alaska to Africa said: “Apparently it’s been sitting in a field for a bit.

“They’ve actually tried to restore it and had it driving around Maun at one point.”

He added: “Everything has been chopped off, they’ve actually welded on new hinges to try and restore it and put new doors on.”

The Botswana Special followed the trip through the Zimbabwean Border to the Namibian Border.

The trip travelled through iconic areas such as the Okavango Delta and the Makgadikgadi salt pans.

During the special, each host was given £1,500 to secure a two-wheeled drive model, which had not been designed for off-road use in any way.

James May selected the Mercedes after claiming it was a car Africa had previously adored.

He described the car as “comfortable, rugged and dependable” when he purchased the vehicle.

Alaska to Africa said: “It’s definitely in a lot better shape than the Lancia.

“I’ve been told they actually welded a new roof on it. Pretty wild to be able to see it and sit in it.” 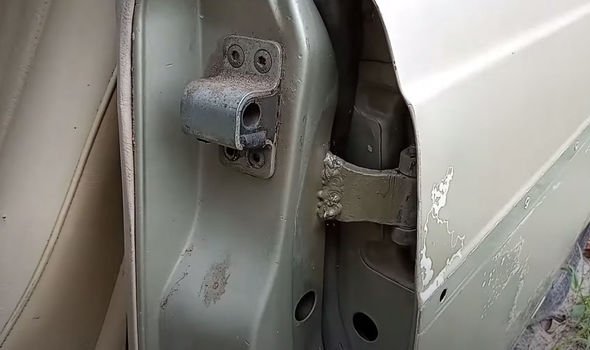 The YouTube Top Gear fans discovered the Lancia in a field in Maun after several phone calls, emails and meetings.

The car was partly destroyed and featured no headlights, no windows and a damaged floor.

The vehicles’ wheels have been pulled off the car which was discovered standing upright on a wooden post.

Jeremy Clarkson said on Twitter it was “great to see” the old model after a clip of the discovery went viral on social media.

Speaking in the Lancia video, Alaska to Africa said: “This car isn’t supposed to exist.

All the articles I could find online said this was scrapped almost a decade ago. Here it is, wild.”