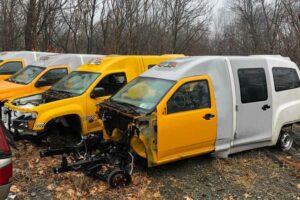 Yellow taxi cabs are one of many iconic staples of New York City, and the Checker cab is arguably the icon among icons. Purpose-built to shuttle strangers around town, Checker manufactured its last taxi in 1982 but the company continued to build parts until it succumbed to bankruptcy in 2009.

We raise this point because another company was poised to become a dedicated taxi manufacturer at around the same time. According to an old Autoblog report, MetroKing had a plan to convert Chevrolet Colorado pickup trucks into taxis using a custom passenger compartment in place of the bed. These taxis could carry six people and they were also wheelchair friendly, but as these photos recently shared by Gregg Martucci in the Junkyard Finds Facebook group show, things didn’t go according to plan. 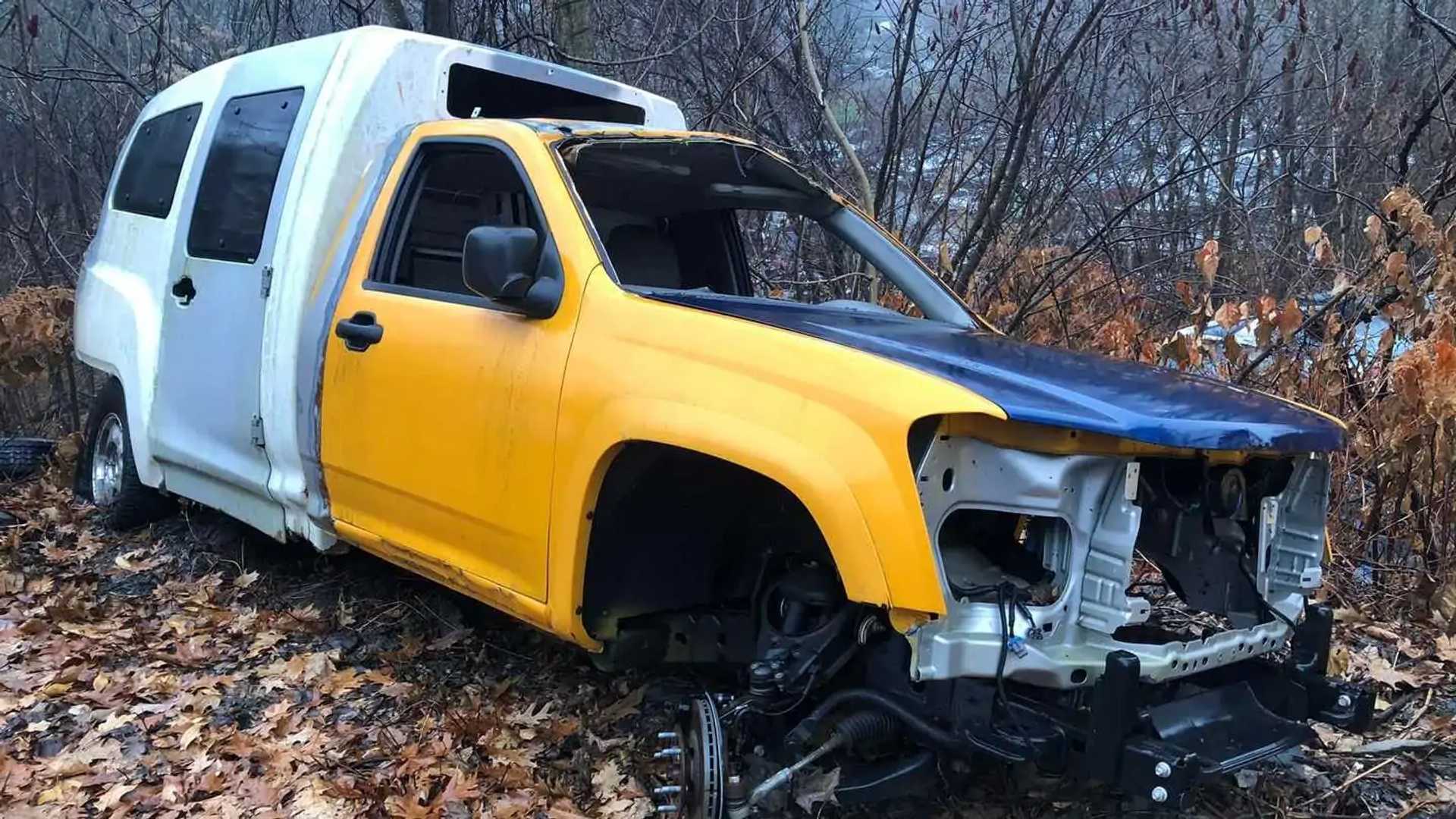 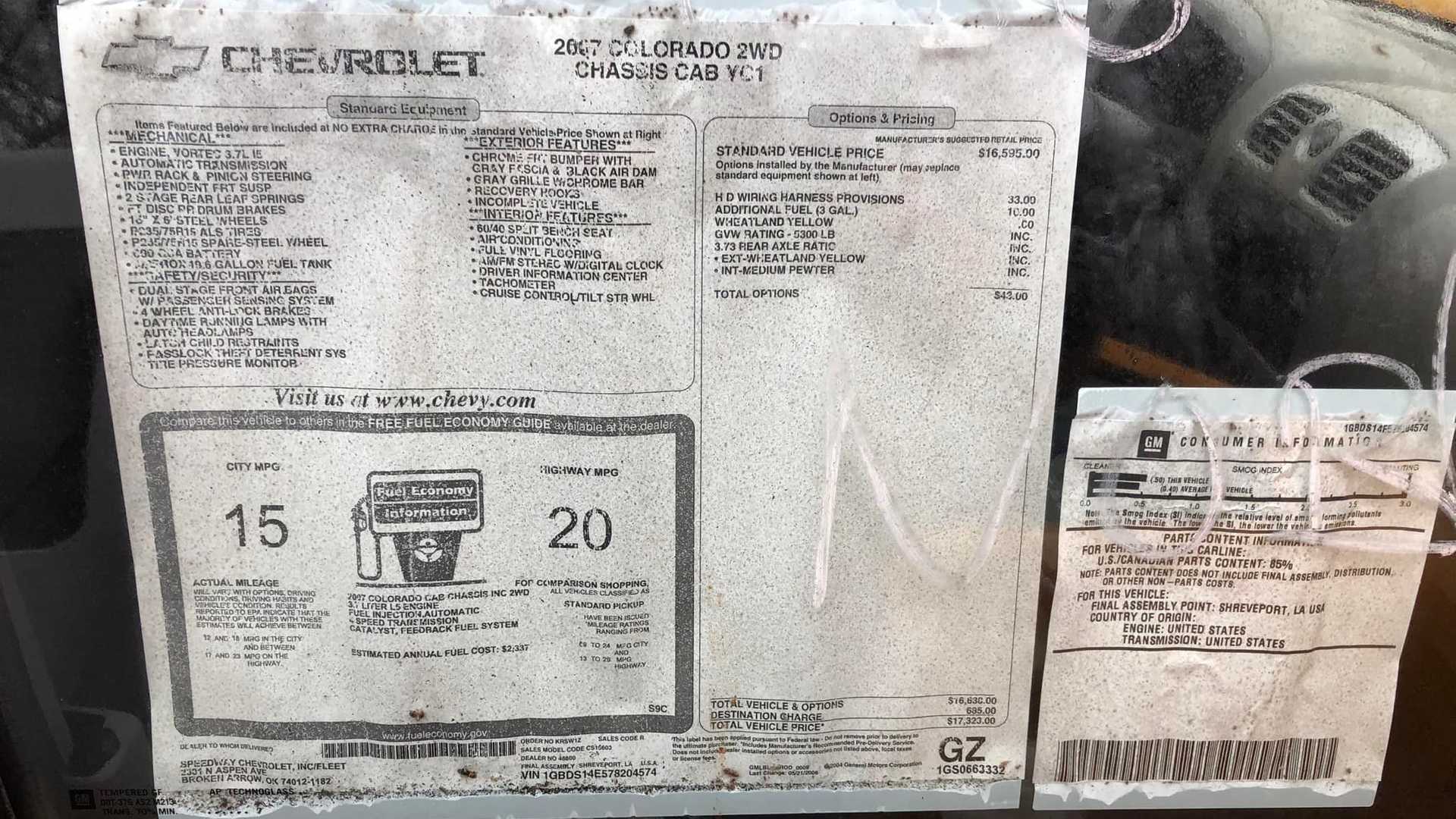 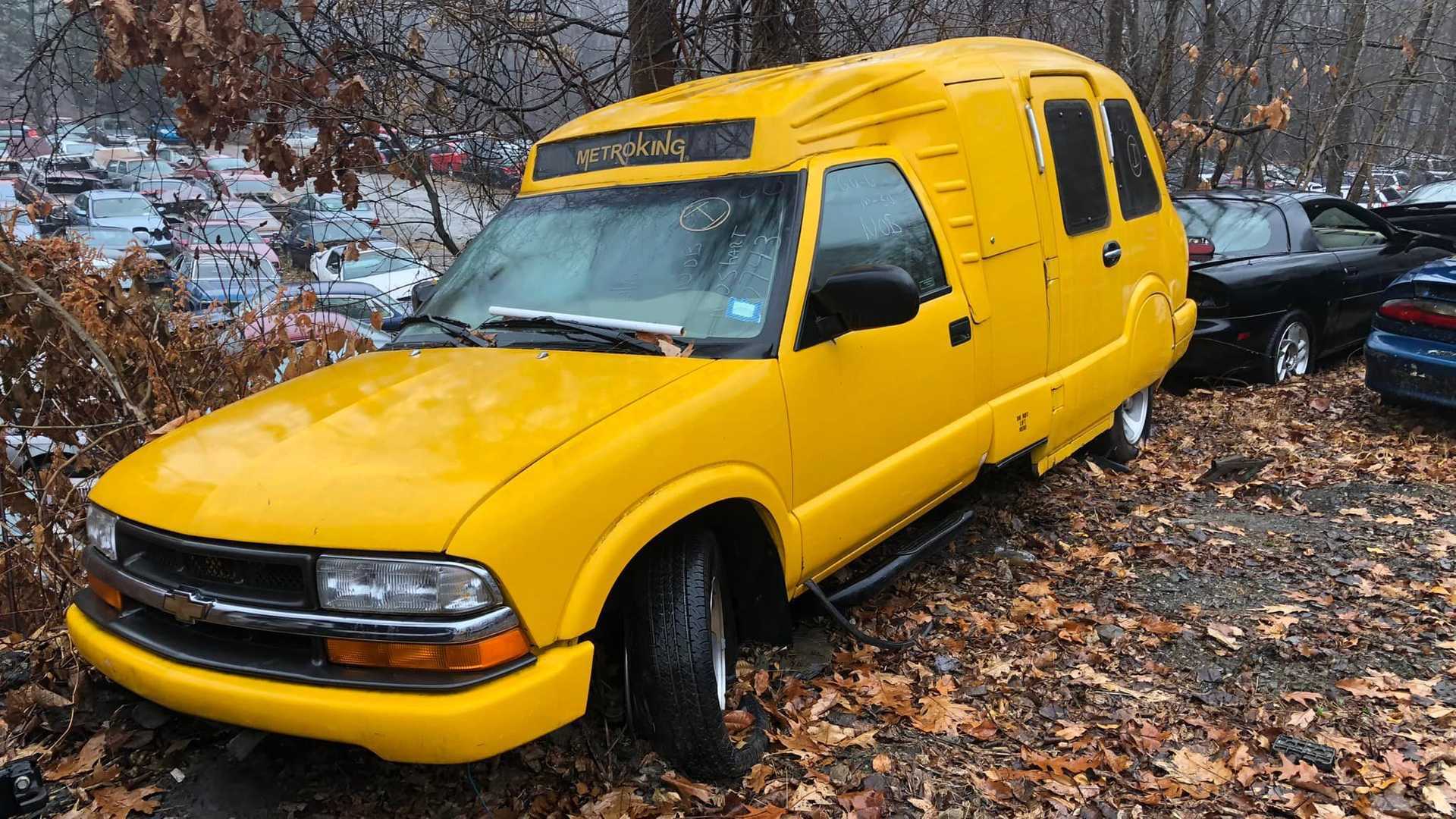 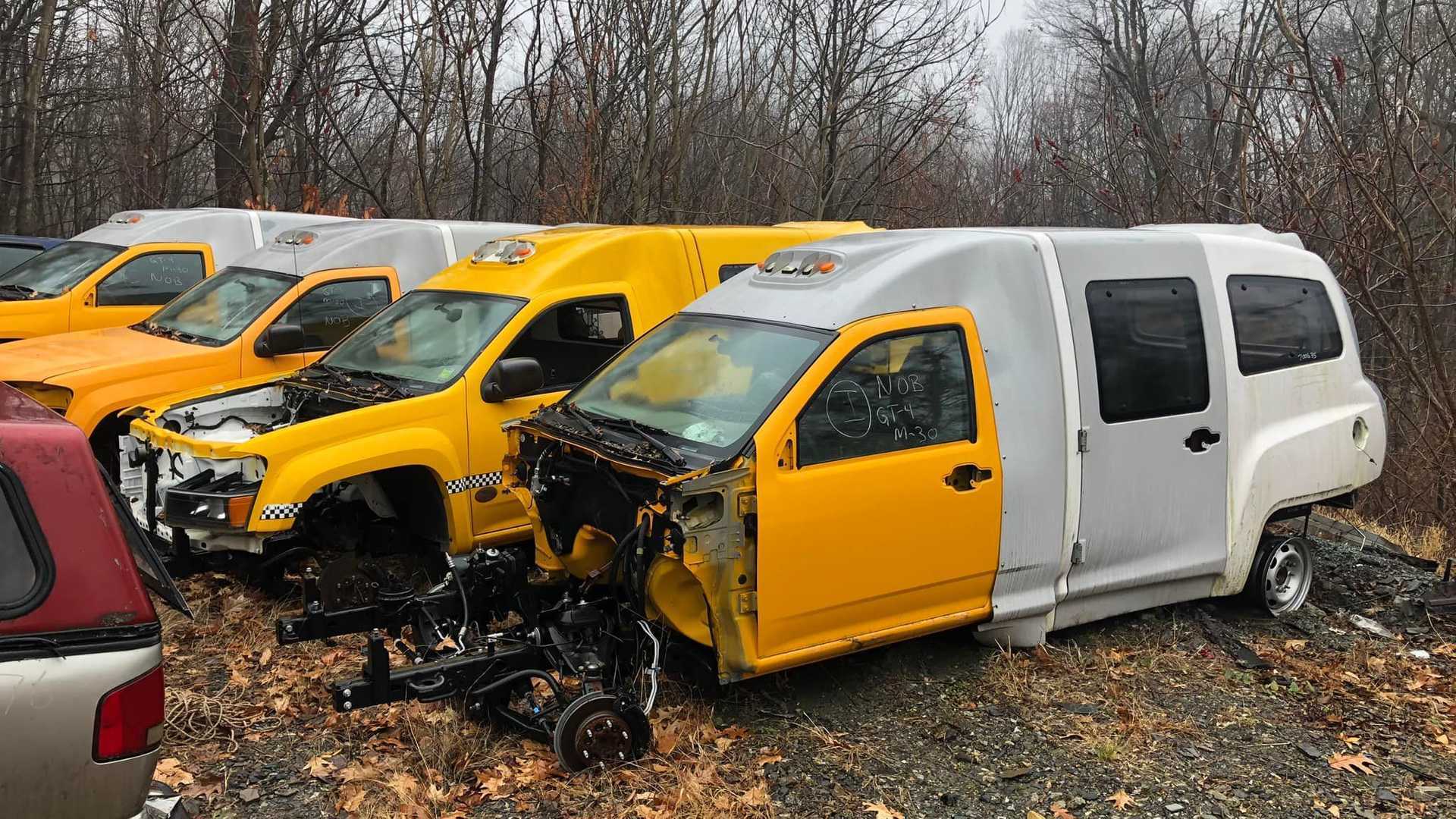 We’re unable to embed the post since it’s in a group, but Martucci shared a few photos with us, showing several concepts in various stages of disassembly. In the post, he says all of the vehicles were brand new and some even had new GM parts still in packaging. The passenger sections appear completely unpainted, and at least one vehicle still has its window sticker on display.

Observers will note that there’s a Chevrolet S10 nestled among the Colorados, and it looks like it was completed. After some extensive digging, it appears MetroKing was trying to step into the New York taxi business for quite a while. A 2011 report from Business Opportunities mentions a decade worth of patents and trademarks for taxi designs, as well as a fleet of vehicles covering 500,000 miles. That would reach back to the S10 era, but apparently, the big launch into the taxi scene never occurred. The report suggests permit issues had something to do with it.

We were unable to find out what ultimately happened to MetroKing, though with brand new vehicles awaiting demolition in a junkyard, it probably wasn’t a pleasant ending. Unfortunately, these never-used trucks were a casualty of the process.