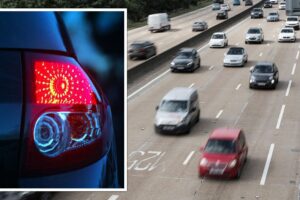 EU: Speed limiters to be implemented from 2022

Independent road safety campaigner Meera Naran MBE is using the fourth anniversary of her son’s death to highlight why the Government should pass Dev’s Law in his memory. This new law would ensure that all new vehicles are fitted with Autonomous Emergency Braking (AEB) technology.

AEB is an in-vehicle safety technology that monitors the road ahead and automatically slows down the vehicle if the driver fails to respond to a collision threat ahead.

It is estimated that compulsory in-vehicle technology could save more than 1,000 lives in a decade.

According to research from the AA, almost three quarters of drivers would support the UK Government adopting AEB.

The 28-year-old mother from Leicester is now calling for Dev’s Law as she believes it could have saved the life of her eight-year-old son.

Dev Naran died in a traffic collision on a stretch of the M6 near Birmingham on May 31, 2018, when a lorry collided with the stationary car he was in.

So far, Australia and the European Union have already adopted similar legislation, but the UK is currently lagging behind.

This is despite overwhelming support from motoring organisations and road safety experts illustrating how AEB could help save countless lives.

Thatcham Research predicts that the adoption of AEB in all vehicles will save 1,100 lives and prevent a further 122,860 casualties on UK roads over a decade.

Meera Naran MBE said: “AEB will significantly reduce the number of crashes and fatalities, so it needs to be adopted as a matter of urgency.

“No one wakes up in the morning intending to harm someone else, and Dev’s Law is a way in which we can keep ourselves and others safe on our roads and prevent more families going through such painful losses,” she told the AA.

As part of the campaign, she is lobbying the Government to adopt higher standards already put forward by the European Transport Safety Council for automated emergency braking systems in HGVs.

This would help reduce the risk of collisions in live lane breakdowns on any type of motorway including smart motorways, where currently the risk of a vehicle stopping in a running lane is increased by 216 percent.

It is feared that issues may be presented with vans, as most models of the vehicle type do not have AEB fitted as standard and a significant number of manufacturers do not offer it.

Generally, Advanced Driver Assistance Systems (ADAS) are not well developed in the van sector according to EuroNCAP.

The AA has also been campaigning to make AEB compulsory on all new vehicles for over a decade.

Edmund King, AA president, said AEB was only fitted as standard on the most expensive models and was an option on some others.

He added: “The adoption of Dev’s Law mandating the fitting of AEB on all new vehicles, including vans, would be a massive milestone in road safety akin to major safety advances such as seat belts, breathalysers or air bags.

“It will be compulsory across Europe from July so the UK shouldn’t be left behind.

“AEB is a proven technology and lifesaver, whilst other advances being avidly promoted, such as Automated Lane Keeping System, operating up to 37mph in motorway traffic, might save some shunts but is less likely to save lives.

“We would also encourage drivers in the used car and van market to opt for models with AEB as you never know when you might need it.”