Ken Block Will Race Against His Wife, Daughter At 100 Acre Wood Rally 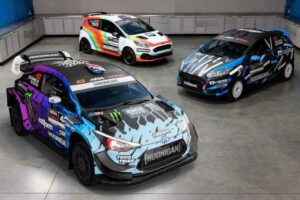 Ken Block has enjoyed a successful racing career in the world of stage rally and rallycross. Starting at an age where most rally drivers retire, he racked up 16 event wins in the Rally America series and also dipped a toe into the World Rally Championship. He’s arguably best known for his Gymkhana performances, but this weekend you’ll find Mr. Block back in a rally car, competing at the American Rally Association (ARA) Rally in 100 Acre Wood.

It seems getting sideways in the dirt is a thing in the Block household. We’ve seen Ken’s teenage daughter Lia progress through drifting trials. Most recently she tamed the bonkers Hoonicorn in a series of drag races. Mind you, she doesn’t even have her driver’s license yet. According to a post from Ken Block on Facebook, Lia will be racing this weekend using her learner’s permit. What kind of parenting is that? We’d say it’s parenting done right, because both parents will be racing alongside her.

Ken’s wife Lucy is also signed up for the weekend rally, driving a new Ford Fiesta Rally3 car. We don’t know the exact power output for this particular version, but Rally3 spec is all-wheel drive with horsepower generally in the 220 range. Looking over the entry list for the 100 Acre Wood, we see Lucy is actually in the same category as her husband: Open 4WD. Ken is driving a 2019 WRC-spec Hyundai i20 – apparently his current relationship with Audi doesn’t include racing – and he’s also claimed seven wins in eight starts at this event. We’d say he holds a distinct advantage here. 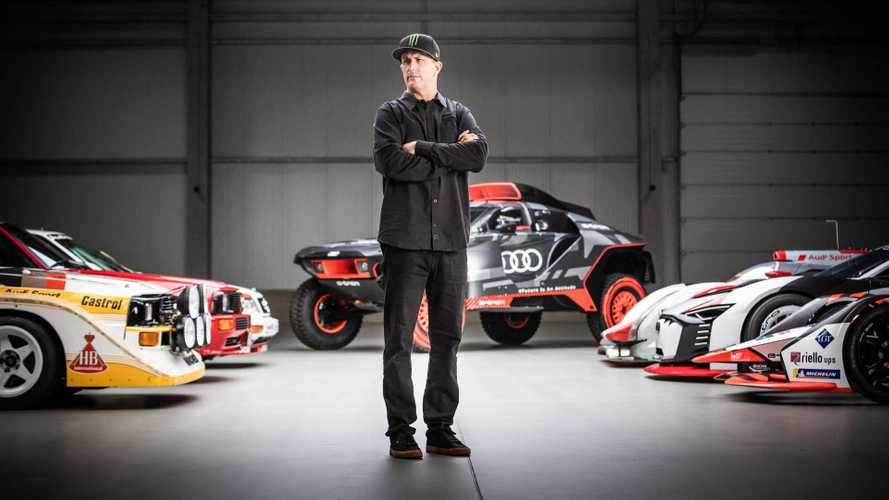 As for Lia, she’ll be racing the same stages as her parents but won’t be competing directly. Her car is a Fiesta R2T, turbocharged but turning just the front wheels, putting her into the Open 2WD category. Based on what we’ve seen from her both on a drift pad and behind the wheel of the 1,400-hp Hoonicorn Mustang, we’d say she’s more than capable of handling the Fiesta.

The Rally of the 100 Acre Wood is the second event in the 2022 ARA season. Whether any of the Blocks will return for future events is unknown, but the Facebook post suggests all three are in it to win it.