Kia EV6: What We Know About Kia’s New All-Electric Crossover 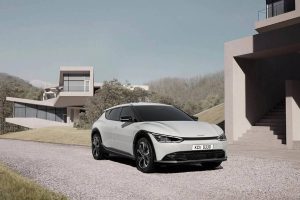 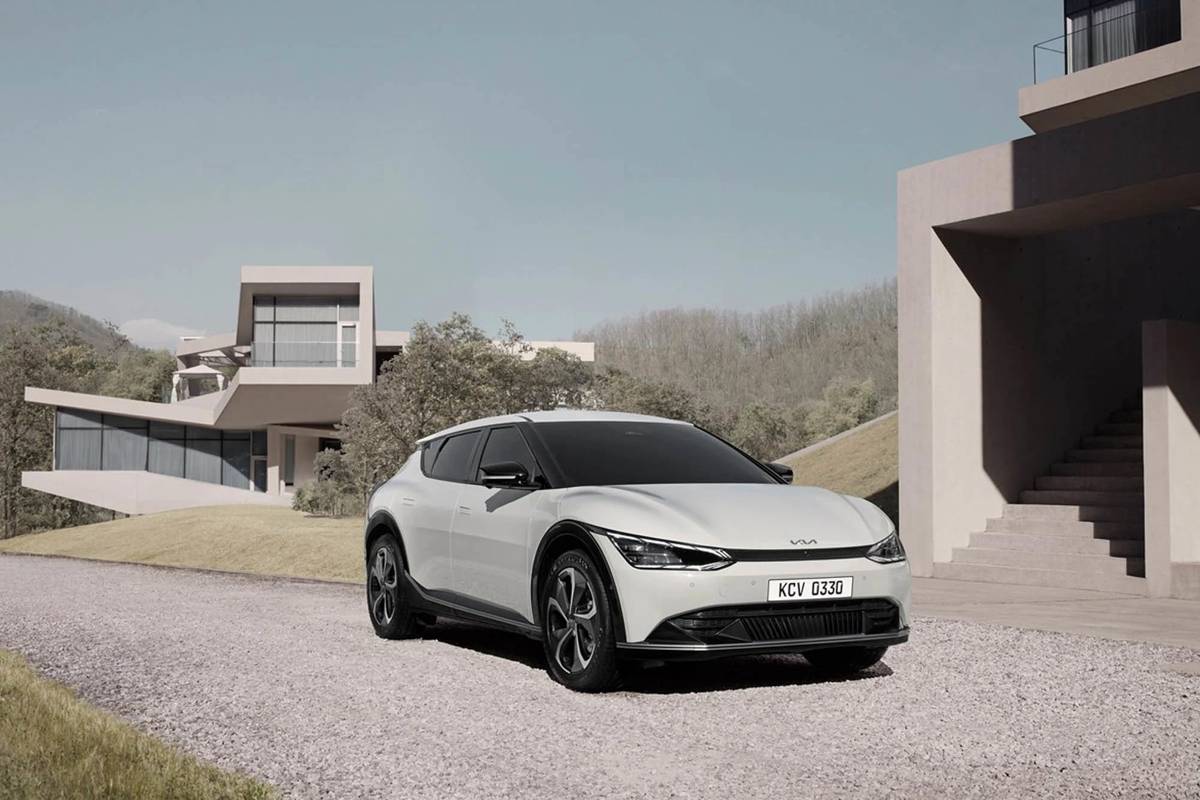 Related: 2022 Hyundai Ioniq 5: The Next Tesla Challenger Is Coming

The EV6 is defined up front by what Kia calls its Digital Tiger Face, which is the all-electric equivalent to the Tiger Nose grille on Kia’s gas-powered vehicles. Slim LED headlights include sequential lighting elements, and a small air intake at the bottom of the EV6’s face directs air under the vehicle for improved aerodynamics (the lack of an internal combustion engine lessens the need for conventional airflow, though it doesn’t eliminate it).

The rest of the EV6’s look is modern but traditional — a contemporary, sleek crossover design. A standout feature is the brawny rear-quarter panels with marker lights connecting to the rear taillight bar, which gives a sense that the taillights run from one rear wheel to the other.

Kia hasn’t shared whether the EV6’s interior will share all of the Ioniq 5’s features, but it’s likely the two will be comparable. The EV6 has a large curved display that extends seamlessly from nearly the driver’s door to the center console. Kia devotes one portion to a digital instrument panel, while the other gets the functions of a traditional central touchscreen. Kia says the “minimal number of physical buttons offer an uncluttered and soothing driving experience.” Haptic climate controls will sit below the central portion of the display.

Kia also says the seats will be thin — like in the Ioniq 5 — for improved interior space, and they’ll also use recycled materials. There’s no word if the EV6 will have the Ioniq 5’s sliding center console; depending on how much Kia wants to differentiate the EV6 from the Ioniq 5, it may or may not come here.

What We Don’t Know

While we know the EV6 will be all electric, we have no information on range, charging time or capacity, or price. We can’t even be sure yet that the EV6 will be sold in the U.S.; James Hope, a spokesperson for Kia’s U.S. arm, told Cars.com that Kia Motors America “hasn’t announced information on the EV6 being offered here.” But that seems likely, given its similarities to the U.S.-bound Ioniq 5.

We hope to have more details at the EV6’s world premiere, which happens sometime later this month, so stay tuned.