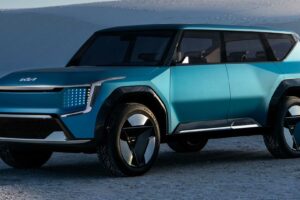 On-course for becoming fully electric in Europe by 2035, Kia has confirmed that it will be introducing the EV9 large EV SUV on the Old Continent next year. The upright EV9 has only been shown in concept form, but for production it will be built on the same E-GMP platform as the EV6.

We don’t have much to say about it right now – other than what platform it’s going to be built on, which has an 800V architecture, we have no information or specs. Since it is larger and heavier than the EV6, it will probably have a battery larger than its 73 kWh pack, in order to give it a comparable range of around 300 miles (482 km) on one charge. 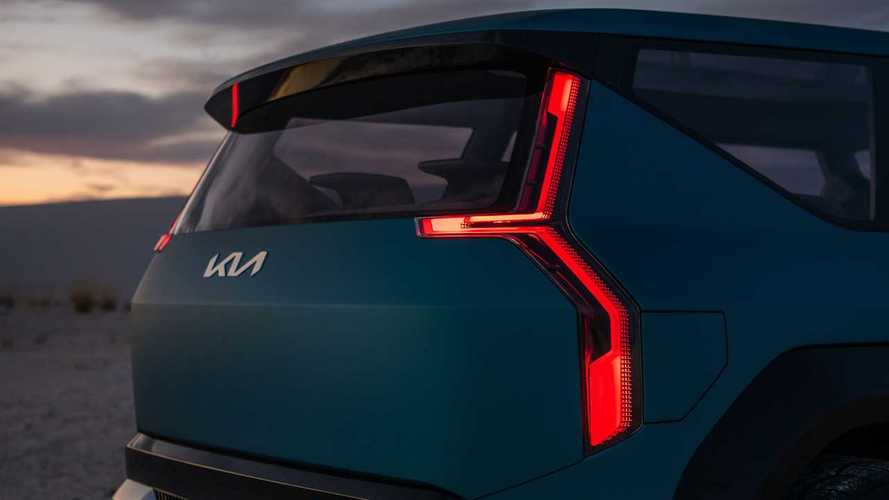 Much of the EV9 concept’s design will be mirrored in the production model, although it may probably lose the cameras instead of mirrors, and the giant 26-inch digital gauge cluster/infotainment screen will probably become two smaller screens. The rear-hinged doors won’t be kept for production either, and we expect it to have a full B-pillar too.

If it keeps the concept’s size too, then it will be quite a big vehicle, with a 4,930 mm (194 inches) total length and a 3,100 mm (122-inch) wheelbase. That means it’s just smaller overall than a BMW iX, but its wheelbase is nearly 4 inches longer – it will be really big by European standards, but it will still find fans, especially if it looks like that and comes with good specs, which looking at Kia’s EV track record, we are expecting.

Another party trick that will elevate the EV9 above most competitors is its rapid charging capability – we know its platform supports up to 350 kW, but in the EV6 it’s currently pegged at 240 kW; maybe Kia will rate it for more to lower the charging time of the larger battery pack that we expect the EV9 to feature.