Kia Motor India showcased the Sonet subcompact SUV in India at the Auto Expo 2020 and while we knew this was in the works, the company has already started testing the car in the country. A test mule based on the Sonet concept can be seen doing test rounds within city traffic conditions. While we don’t get to see the entire car thanks to all the camouflage that it wears, the proportions of the car give a clear sign that it is a subcompact SUV and in fact the alloy wheels it sports are quite similar to what we’ve seen on the concept at the Expo. 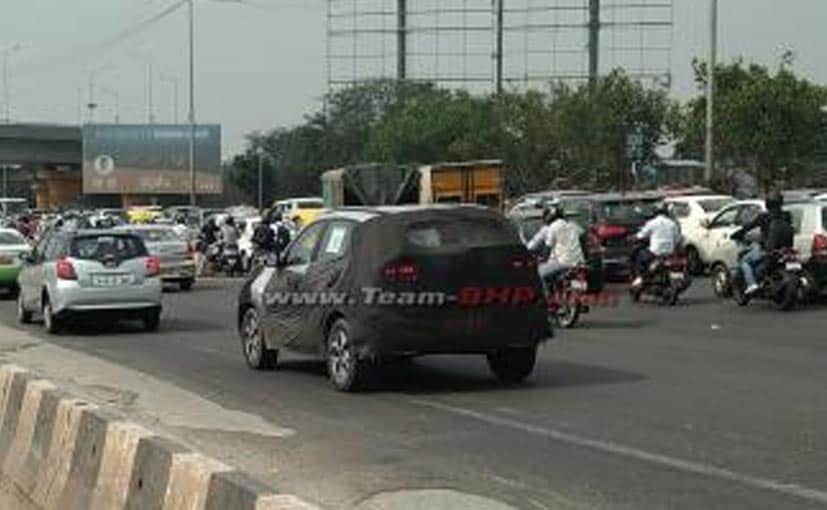 The Sonet concept that we saw at the Auto Expo 2020 showcased a bold and larger tiger-nose grille, sharply styled headlamps with LED DRLs and projector lens, and the large diamond-cut alloy wheels and we don’t expect the production version of the car to be any different. The production model will share its underpinnings with the Hyundai Venue and is expected to draw power from the same roster of engines including the 1.2-litre petrol and the 1.0-litre turbo petrol, while the 1.5-litre diesel from the Seltos is likely to be offered on the Sonet, albeit with lesser power on offer. Transmission options will include a 6-speed manual and a DCT automatic too, which will send power to the front wheels.

The Kia Sonet will come with connected car technology

The Kia Sonet will be loaded on features sporting a touchscreen infotainment system with Apple CarPlay and Android Auto, auto climate control, electric sunroof, wireless charger, push-button start-stop as well as UVO Connected Tech. The new subcompact SUV will be produced at the automaker’s Anantapur facility in Andhra Pradesh and prices are expected to be around ₹ 7 lakh (ex-showroom).