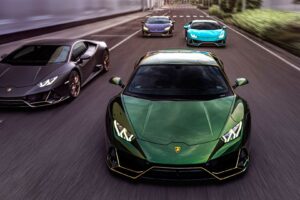 Lamborghini is now celebrating its 10th anniversary in Mexico, with its first dealership opening in 2010. To commemorate the occasion, the Italian automaker debuts four special edition versions of the Huracan Evo. The super sports cars are designed by the brand’s distributor in Mexico, Grand Chelem, and Lamborghini’s exclusive customization program at the studio in Sant’Agata Bolognese, Ad Personam. 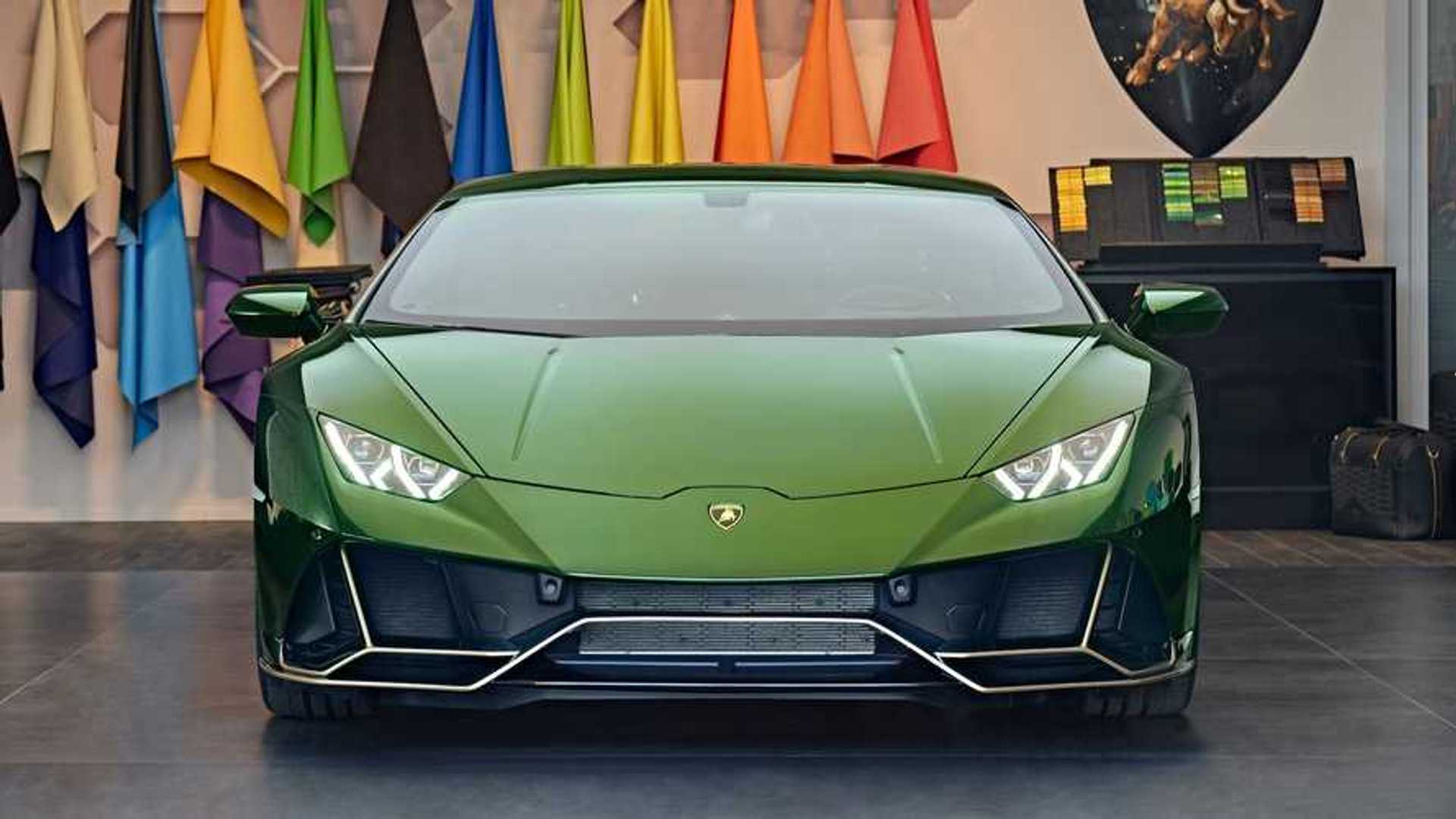 Edicion Vita, which is the flagship model of the series, is highlighted by its special shade of Verde Ermes (green) and Oro Elios (gold) accents. The gold accents continue inside, symbolized by the sun to enhance the trims and stitching. Meanwhile, an eagle represents the Vita, which celebrates freedom and success in life.

Edicion Morte, on the other hand, aptly gets a skull emblem while wearing Blu Astraeus (blue) color on the exterior with Bronzo Serse design accents. The same theme continues inside on the seats and stitching.

Coming with Blu Symi (light blue) exterior with Oro Elios (gold) highlights, the Edicion Sogno is the most distinctive of the four special edition models. Lamborghini said that the vibrant colors resemble the mythical-like creatures seen in Mexican folk art, which explains the two-headed dragon emblem. The interior gets a two-tone theme with white accents and gold stitching.

Lastly, Edicion Tempo is said to represent the ten-year partnership between Lamborghini and Mexico, symbolized by the snake plaque, a representative of the reinvention of oneself by the shedding of skin. It stands out with its Nero Nemesis (black) exterior is accentuated with Bronzo Serse underlines.