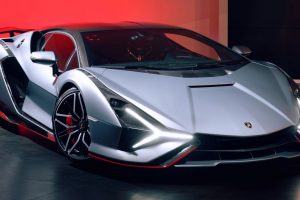 Lamborghini will be unveiling two new V12-powered models this year, following the launch of the hardcore Huracan Super Trofeo Omologato, Autocar reports. Details remain kept under wraps, but company boss Stephan Winkelmann said one of them will feature the Sian’s electrified supercapacitor system, and it will be a limited-run special. Expect it to be a very high performance model.

While more car companies have started developing high-powered electric supercars, Lamborghini will continue to offer its wailing V10 and V12 engines for the foreseeable future. Its head of development, Maurizio Reggiani once said that the Lamborghini brand is full of emotion. “If we are not able to be emotional, there is no reason to buy a Lamborghini.”

In 2020, the Sant’Agata Bolognese automaker sold 7,430 cars globally, a decrease of -9% from the year before. Despite the slump, it was still the second highest sales in its history, recording a turnover of £1.38 billion (RM7.91 billion) – also the company’s second best.

The US continued to be its biggest market by a considerable margin, with 2,224 cars delivered there alone. Germany followed in second place with 607 units (up 8%), China (plus Hong Kong and Macau sales) in third with 604 cars. It sold 600 cars in Japan, 517 vehicles in the UK, and 347 units in its home market.