All points to one Hyundai car that can be built at home.

At this point, we can say that Hyundai is at the peak of technological development. It has acquired a majority of Softbank’s Boston Dynamics, while reports claim that the Korean automaker is readying up to offer subscription-based features in its future cars through over-the-air updates.

But that doesn’t mean that Hyundai isn’t keen on having simple, uncomplicated fun for the younger set of drivers. Apart from the delightful appearance of the Mini 45 in a hospital in Barcelona, Spain, the automaker is also in the testing phase of the soapbox racer. 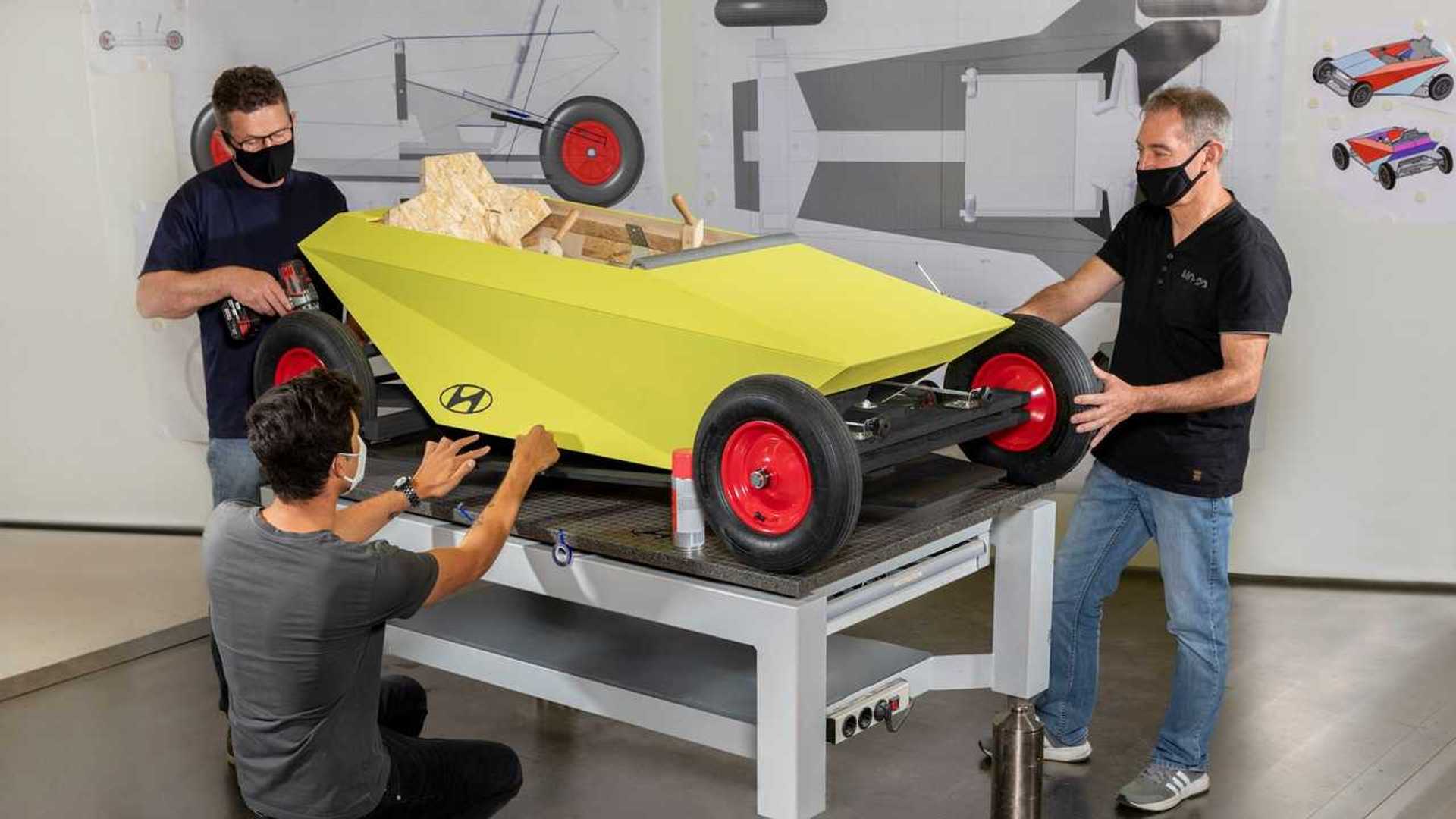 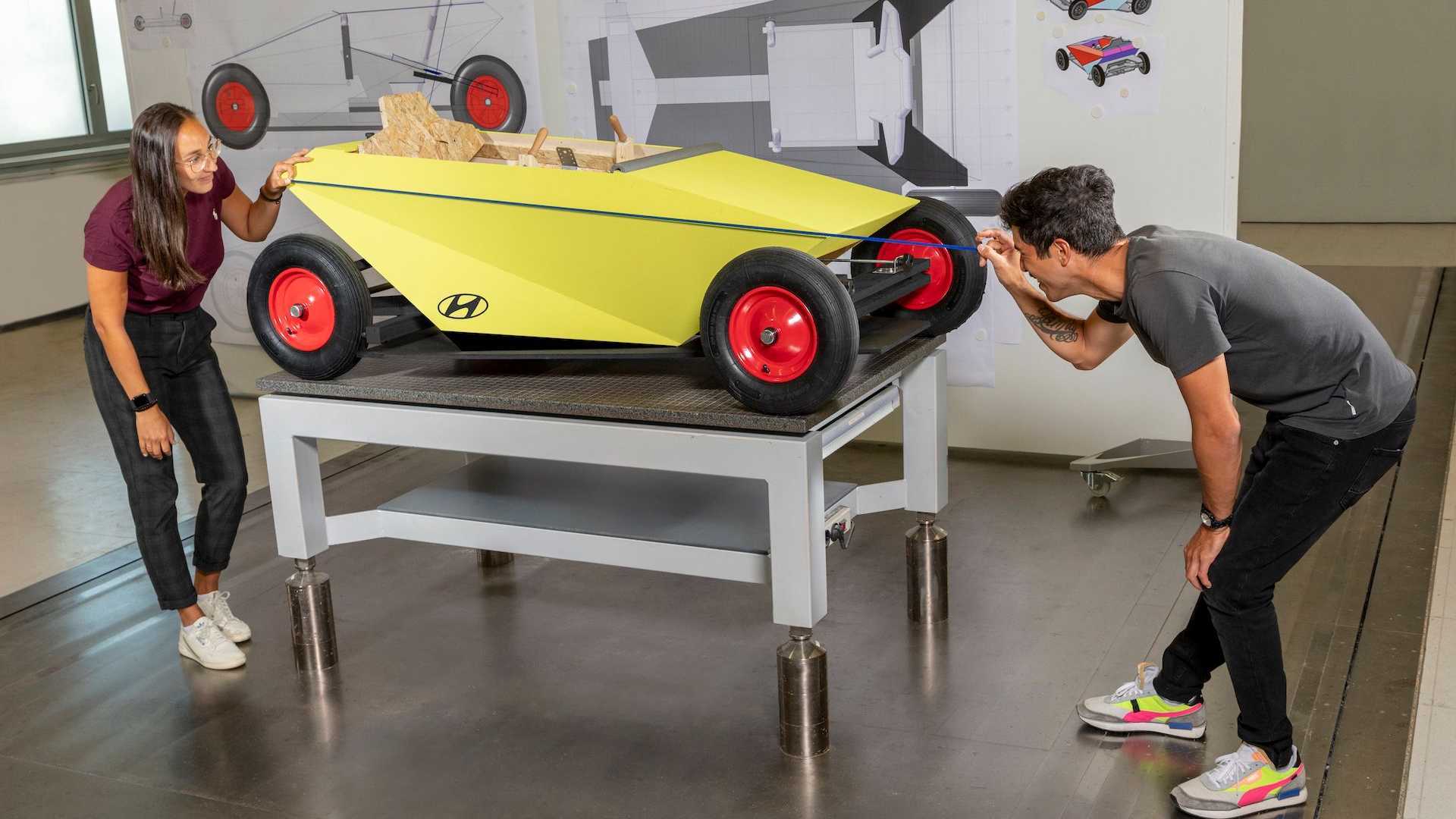 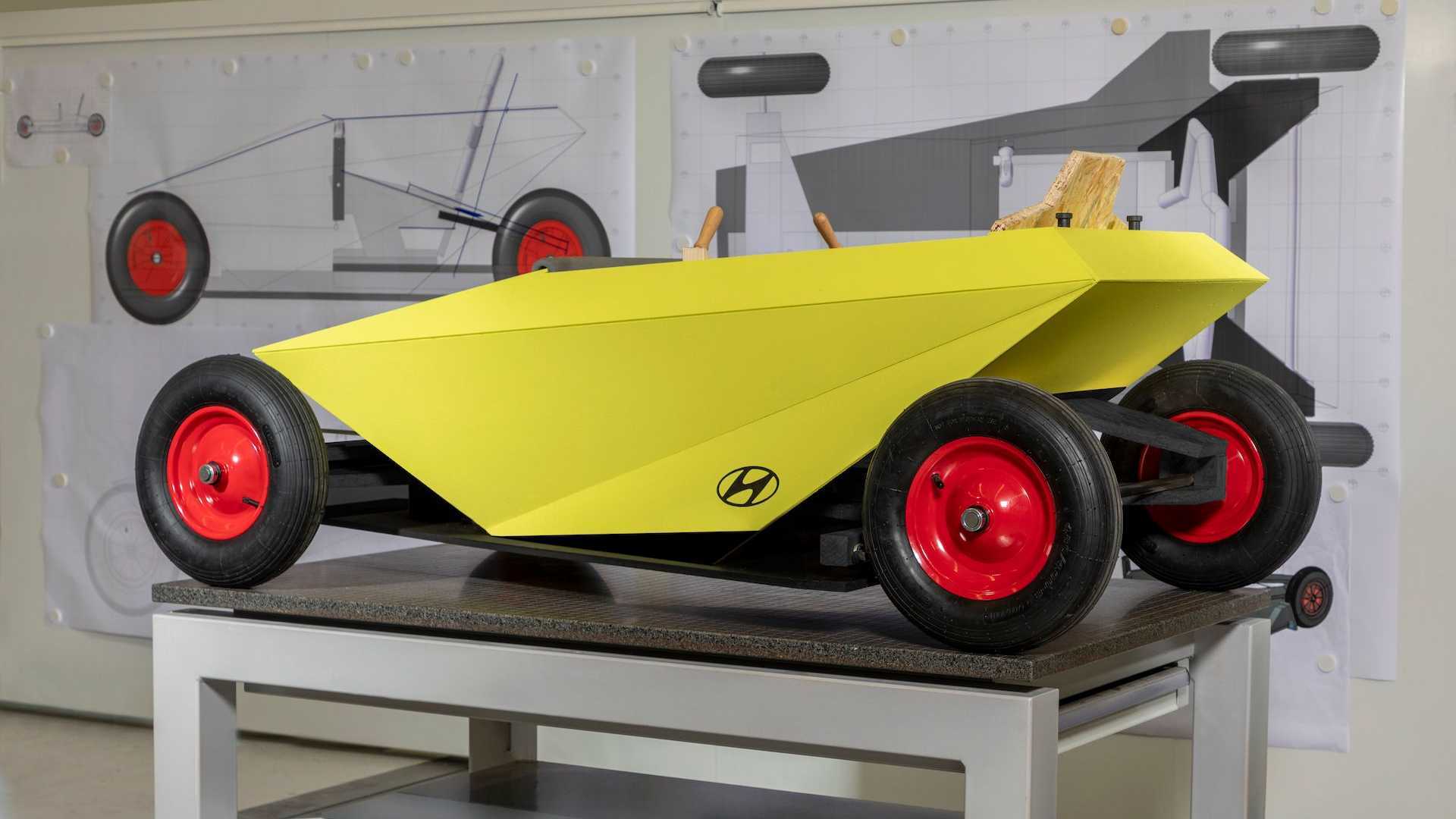 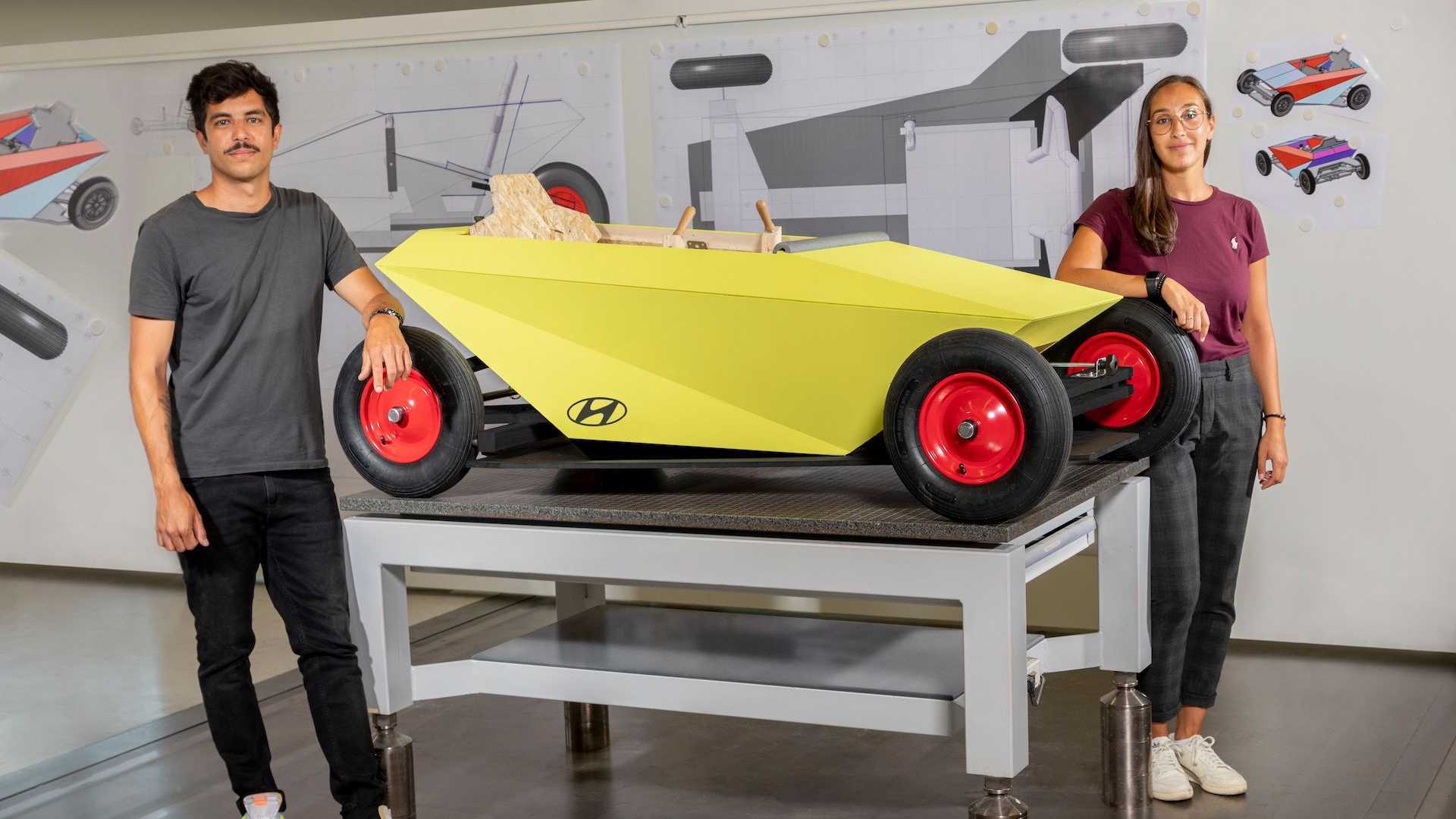 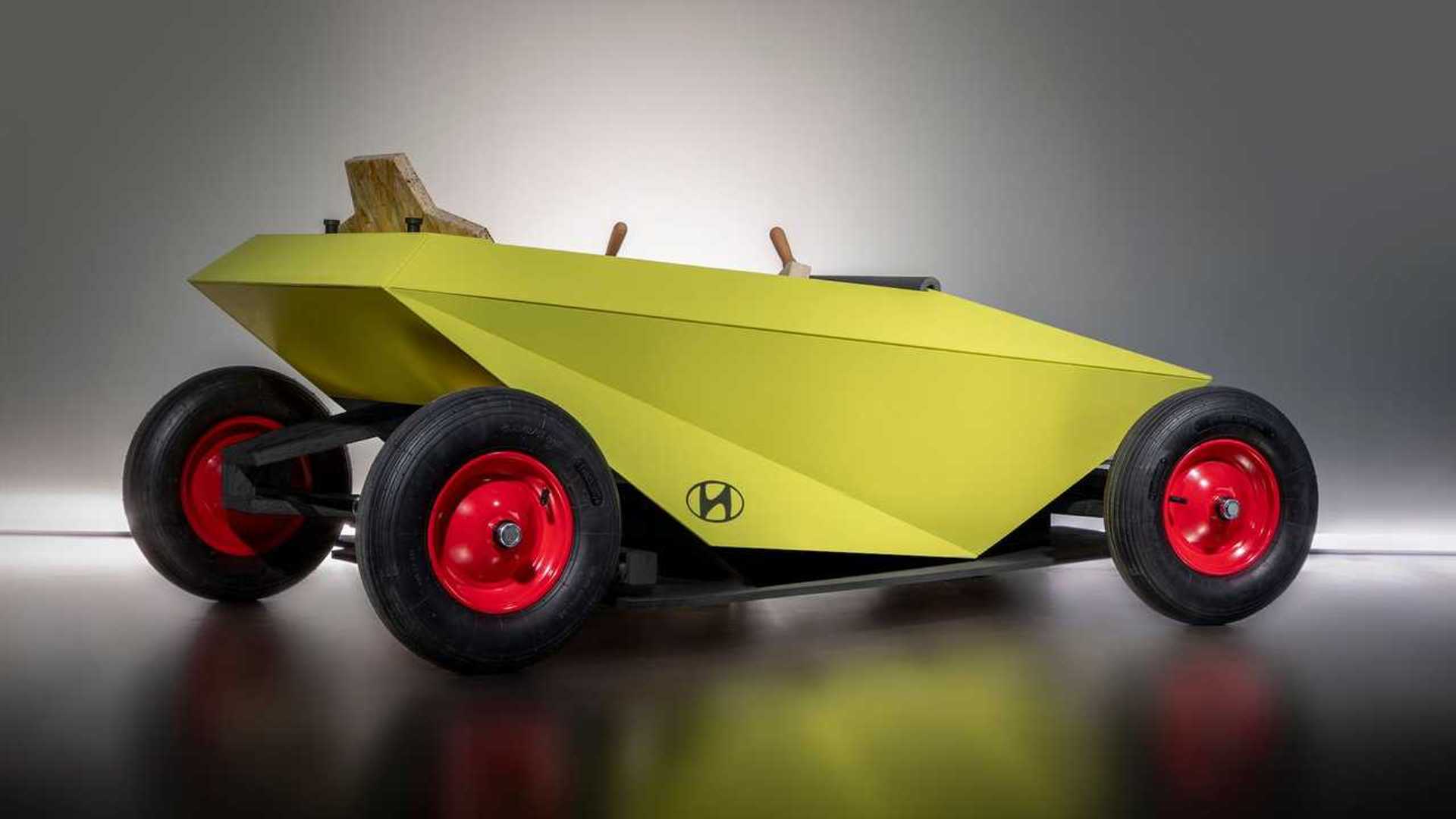 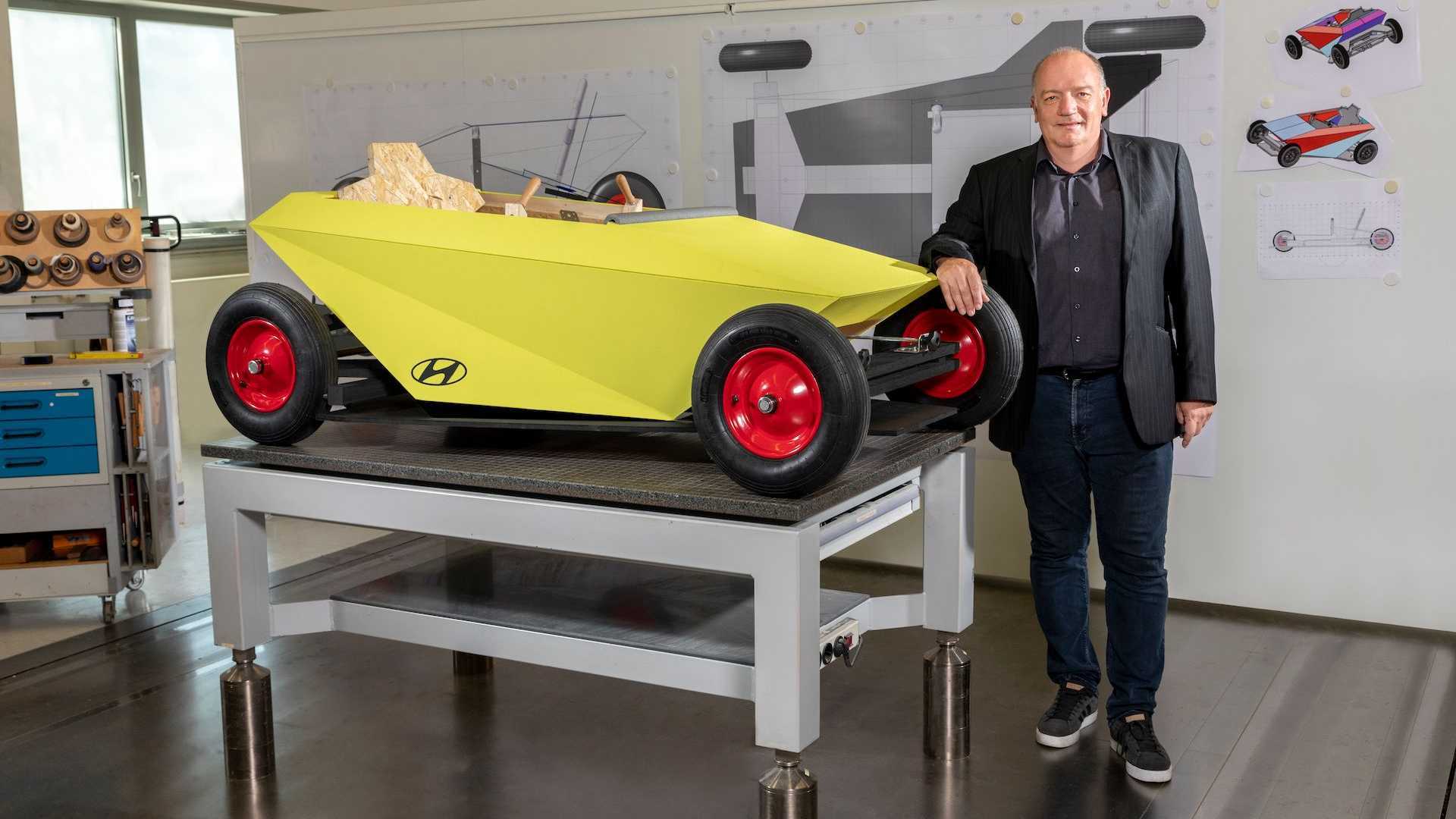 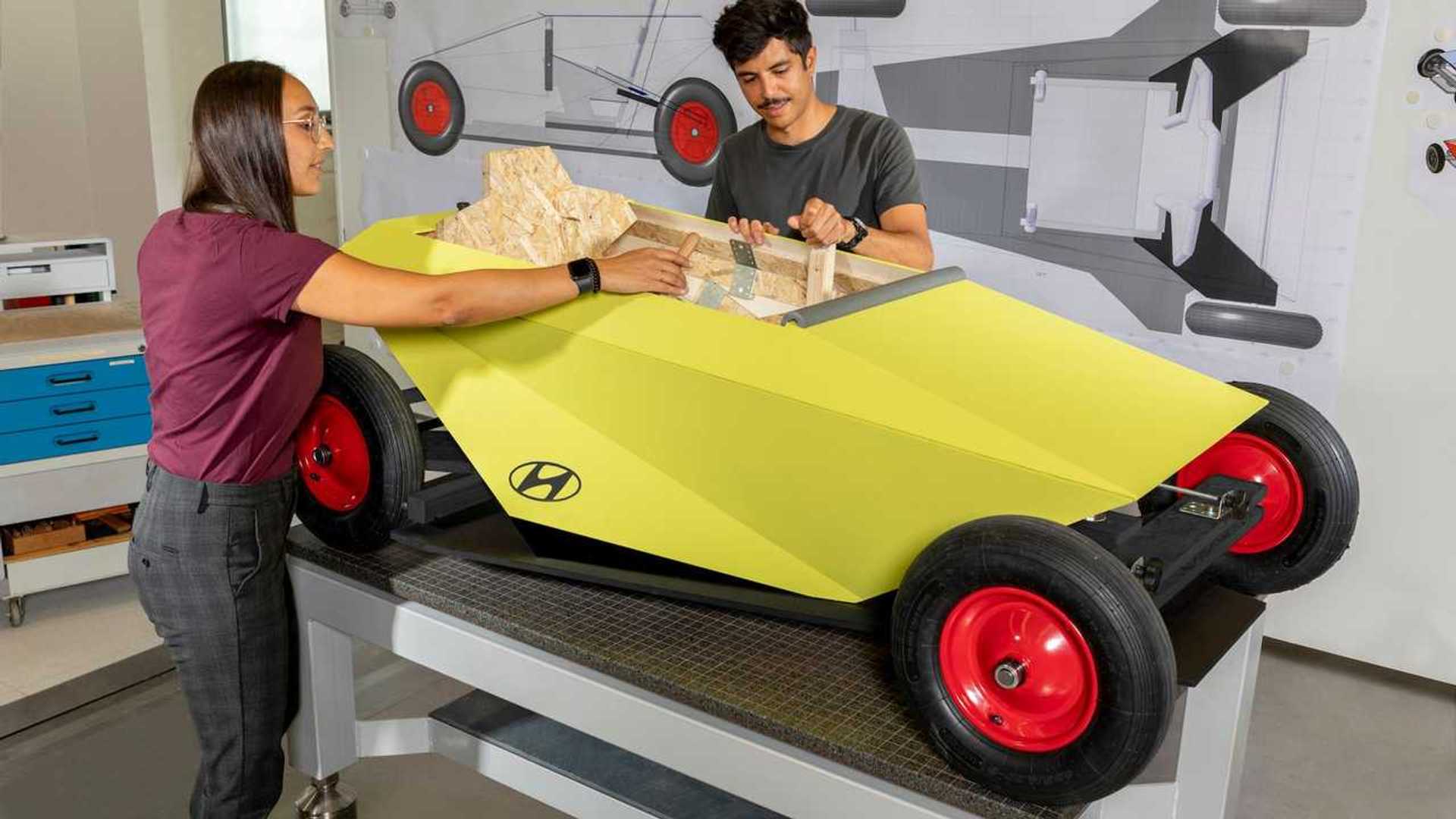 In an official spy video on top of this page, the Hyundai soapbox racer was “spotted” testing with a driver on it. The camo wraps are pretty much useless at this point, though, as you can already see the prototype in the gallery above. Then again, we all know that this is just for fun, aimed to excite the motorless vehicle for kids.

This Hyundai is a 1-meter (3.2-feet) long soapbox that primarily uses wood, metal rods, brackets, and screws – affordable materials that you can buy in a local D.I.Y. store. In the prototype above, the wheels were borrowed from a wheelbarrow.

The soapbox’s steering is through joysticks, while the brakes are meant to be fabricated as simple as possible. Hyundai said that adults can fit in the design as well, so maybe create as many as you can and orchestrate a soapbox race with your neighbors? Up to you, but that’s the main point of this D.I.Y. project, according to Hyundai – a fun project that would give families and friends an enjoyable project that brings them together.

If you’re interested in creating one for yourself or your little one, the video below shows the instructions for doing so.

END_OF_DOCUMENT_TOKEN_TO_BE_REPLACED

END_OF_DOCUMENT_TOKEN_TO_BE_REPLACED
We and our partners use cookies on this site to improve our service, perform analytics, personalize advertising, measure advertising performance, and remember website preferences.Ok